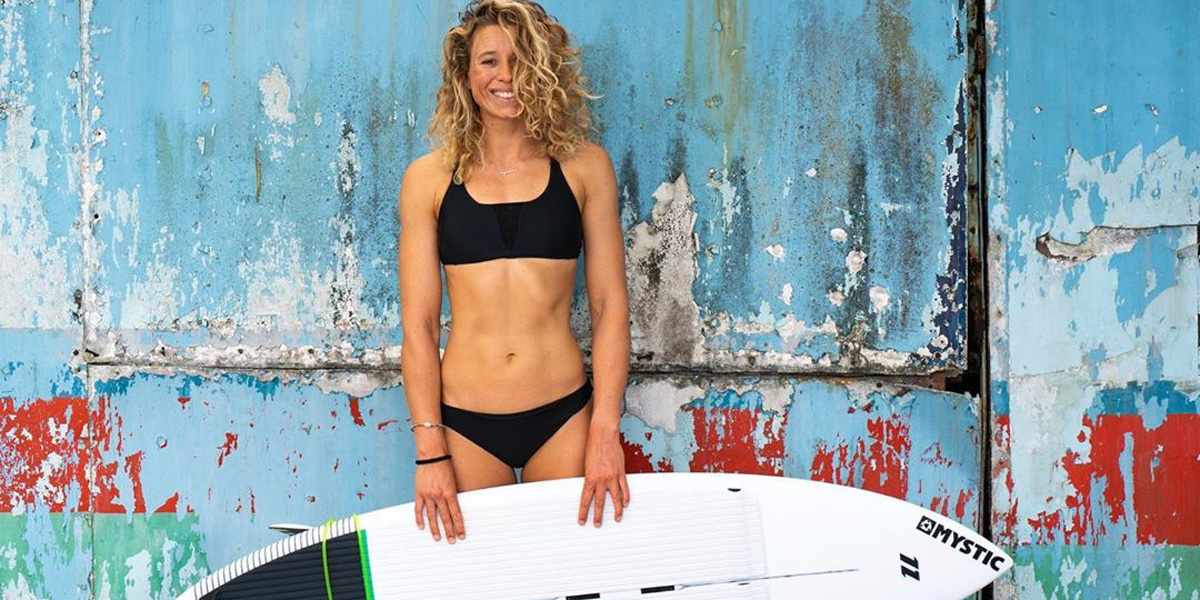 We catch up with North team rider Jalou Langeree to have a short wrap up about the last event of the GKA Tour 2019 in Mauritius.

HOW DID THE EVENT IN MAURITIUS WENT FOR YOU? GIVE US A SHORT WRAP UP!

Mauritius is the most fun stop on the tour if you ask me. This years  event venue was Bel Ombre instead of the iconic One Eye, it’s a whole different wave and it took a couple days to get used to. It’s not as long as one eye, it has multiple peaks and it’s quite short and has a shallow reef.. That’s also something which makes it more challenging which I find fun.

Local shredder Ninja Ricot is always someone to keep an eye on.. She rips and knows the wave really well especially once the swell starts growing.

As we both only compete in this event we had an early match in the second round of the singles it felt like the final already. I managed to win the single elimination and had another sick final with Ninja after she won 7 heats in a row and climbed to the top of the doubles to meet me.

I enjoyed competing again after having a little break from it. Super stoked to have taken the win at Mauritius for the first time, it always been on my bucket list to win this event at least once. 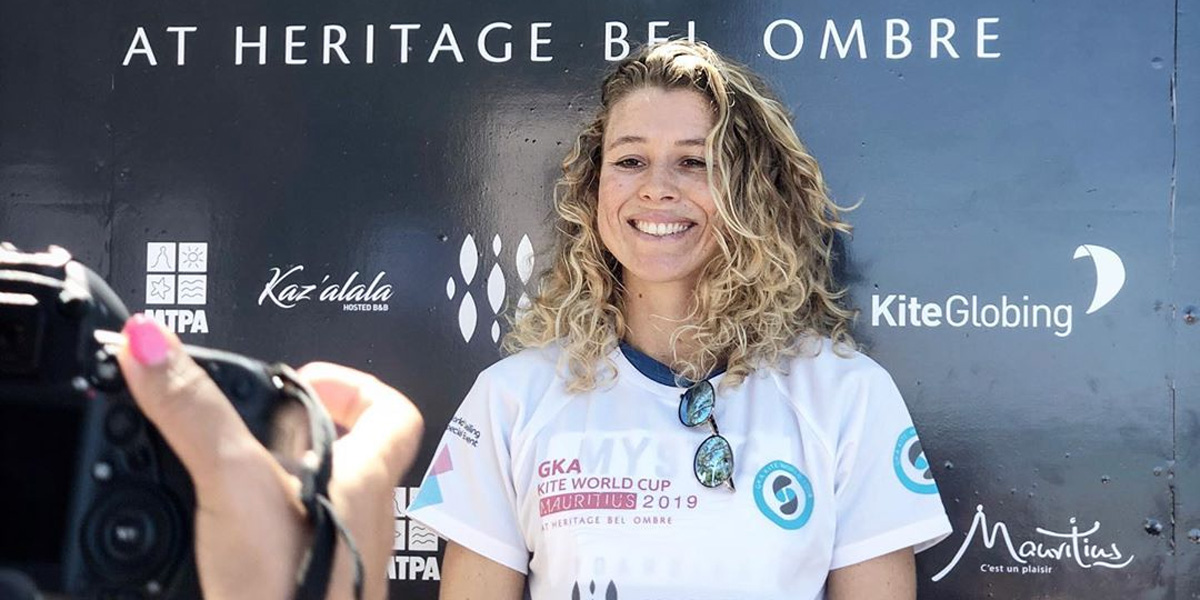 The GKA is growing each year which it’s great! Last year we used to worry about not having enough females to run the contest, nowadays there is now stress about that anymore which means female kitesurfing is stepping up. I’m expecting more and more growth in female kitesurfing over the next years. 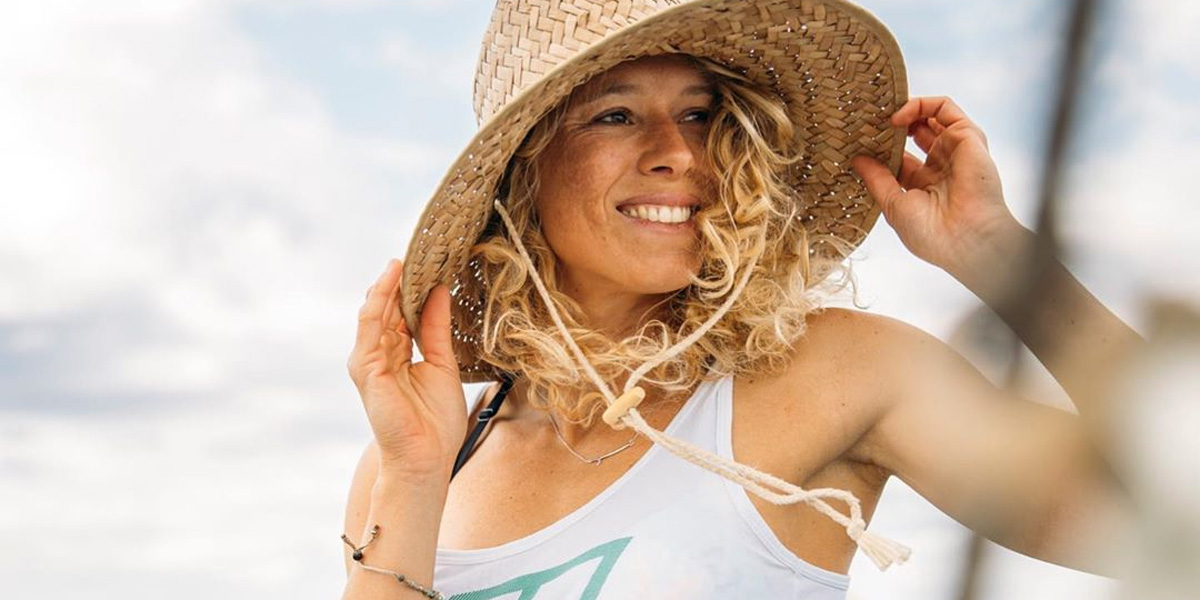 What do you think about the double events, you like them? Any critics?

I think a double event takes up to much time, I’m not a big fan of it.

When do you go to Dakhla and are you looking forward to it?

I won’t be competing in Dakhla this year. Mauritius was the one and only.Having a bit of a break from competing as I’ve been competing for over 15 years on and off.I enjoy spending my time on setting up trips to the more unexplored kitesurfing destinations. 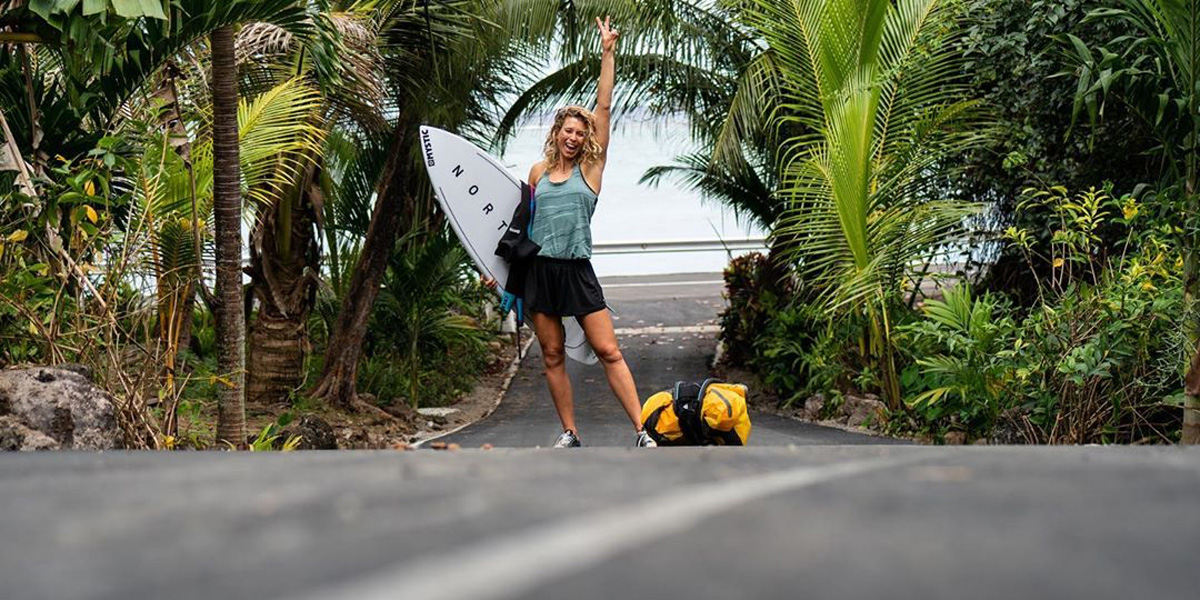