Even I can’t really believe it myself, but it has already been almost 4 months since my surgery and nearly 5 since I’ve tore my ACL. Time is flying way faster than I thought and it’s incredible. It has already been a hell of a ride and I’ve learnt so much, so now its time to do a little summary.

So here are the top 3 things I’ve learned so far. 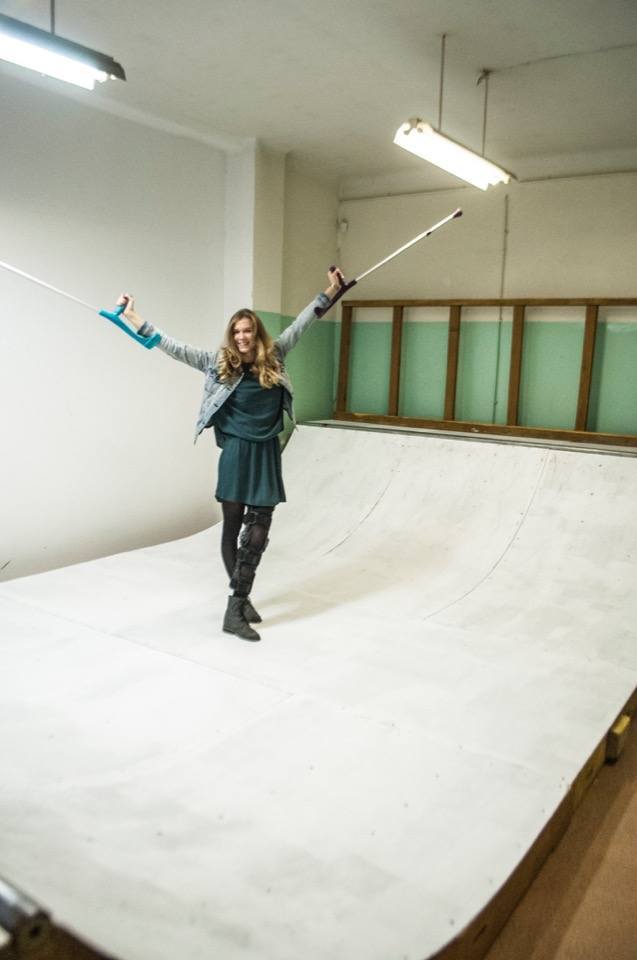 So I’ve been doing quite some research about ACL lately, and the best explanation I’ve come across was

“If your knee ligaments were Destiny’s Child, ACL would be Beyonce.”

That said, it is obviously a pretty vital element in the knee, and tearing it sucks. What I expected was that when they put in a new one, place all those screws and plates, it will slowly progress and feel better and better everyday.

Well, it won’t. In fact in the beginning the knee sort of improves with each day, but it only takes one bad step, or a clumsy rollover in bed to pull something, and that hurts like hell. I can’t tell you how many times I thought I broke it again and cried so much my mom probably felt like she went 20 years back in time, and I’m one big baby again. This caused me so much stress and anxiety, and it’s  literally the worst because there is not much you can do about it but to wait and see.

I’ve had massive ups and downs during past 4 months, one day you feel like everything inside is broken in half, and the next day the knee feels like brand new. The thing I’ve learned, is that it is actually not so easy to damage it again. Of course, I wouldn’t recommend a trip to a trampoline park in the first 3 months, but these wrong steps happen to everyone, and the swelling comes and goes as it pleases. Sometimes it will hold on for a few hours, other times for weeks. It is simply a part of a healing process, and something you need to deal with. I am now happy that the worst is behind me (at least I hope so), and things are moving forward again. 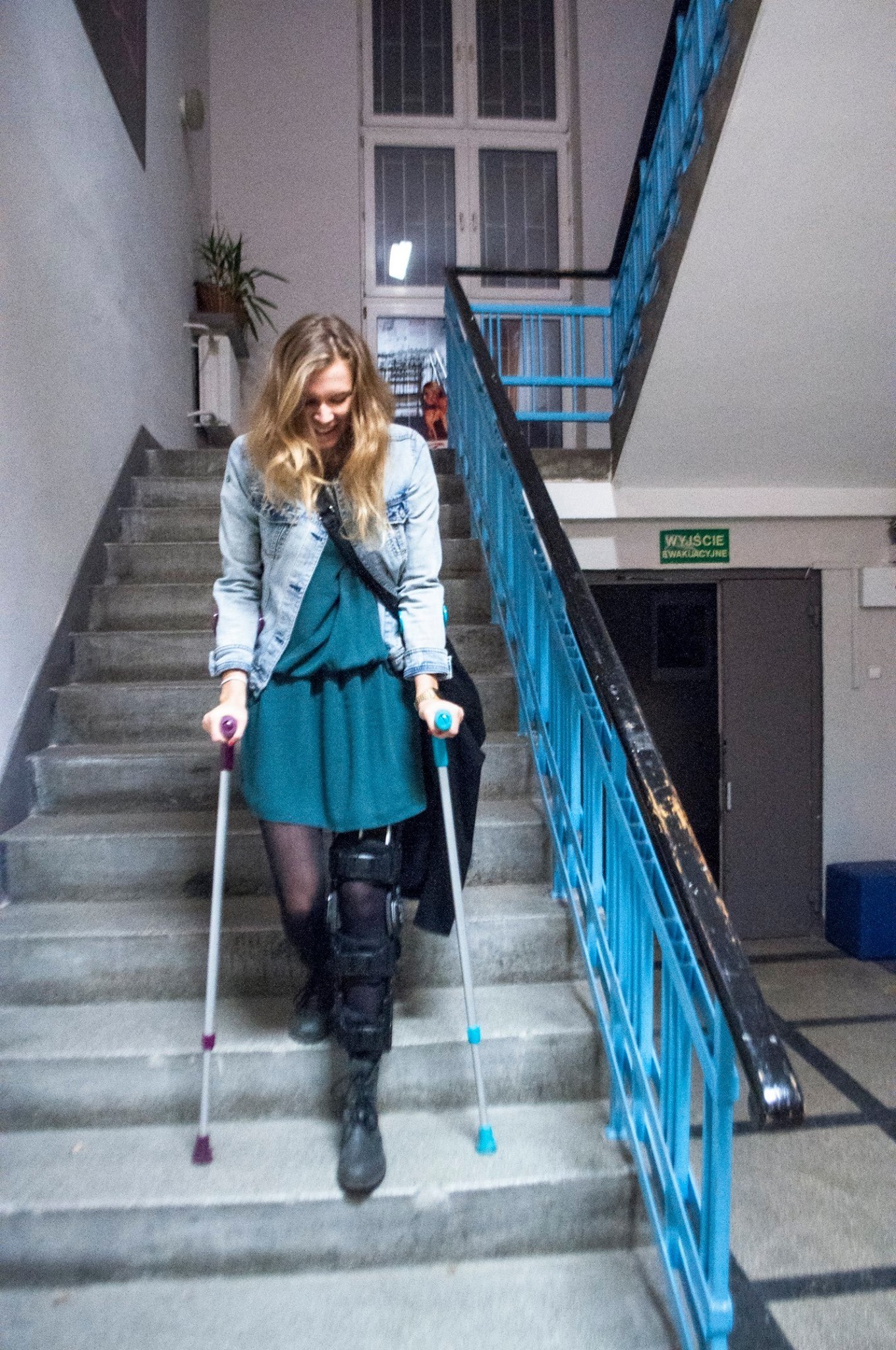 Since the day I got injured I have noticed that people are really nice if you’re hurt. I mean, some are always nice, but when you’re in a brace and on crutches, that’s a completely different story.

From day one, strangers were holding door for me, helping me get in and out of the bus, or even carrying my bag around for me. Passengers on a charter flight even stood up for me when a grumpy stewardess told me I can’t get an extra leg room on a plane because its paid extra, and that it is my problem to cram my leg in a huge brace somewhere between the cheap airline seat so that I don’t block her way through the aisle (true story).

Taxi drivers would carry my backpack into the building of my destination, and everyone offered me help (and chocolate for some reason) whenever I go. This has thought me two things,

a) people are genuinely good, and have a lot of empathy.

b) a world would be a better place if that was the way we treated each other everyday, but perhaps not so good if everyone would actually be on crutches, cause there would be less chocolate for me.

I have always kept in mind the possibility that I might get injured at some point. I was always thinking of all the great things I would do in that time not to waste a second of it, learn a language, start a business, read tons of books. The reality is, when you’re injured there is not much time for that.

I have never imagined how busy I’d be during this rehabilitation period. Physiotherapy alone takes over 3 hours of your life everyday. If you also study like I do, that takes another 3-5 hours daily. Add upper body workouts at the gym, three meals, commuting, doing e-mail and business stuff.

If you want to have any family/social life as well there is really not much left for creative endeavours. Of course I am doing everything to have the best daily routine, eat healthy, exercise, catch up with work, and still have some reading time, but other than that I am simply busy. Recovering after an injury is pretty much a full time job, and ACL’s don’t take weekends off.

That said, I’m glad to have learned the things I did, and even more stoked that I am now pretty much half way through my rehab. I am still motivated to work hard, which is actually fun cause physiotherapists are great people, with great gossip (wisdom number 4). Can’t wait what else comes up, and I am hoping for no more setbacks on my way back on the water ! 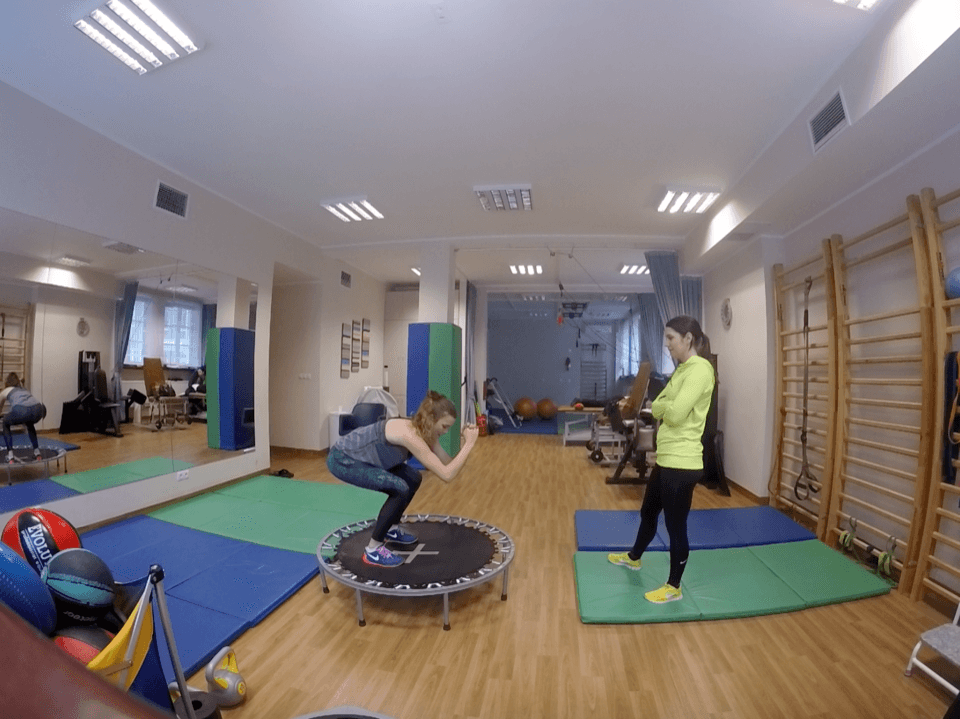