The Man Behind “Diva” – Laci Kobulsky Talks Exclusively to KiteSista

The film DIVA has some incredible freestyle talent, but what might really strike people is the way it has been put together and edited. We talk exclusively to Laci Kobulsky, the man behind the video.

You would have had to be living off the grid to have missed the latest kite flick to drop from Brazil yesterday, DIVA.

With a line up like that what you get is some of the best freestyle riding on the planet at the moment from a very talented group of girls, but what might really strike people is the way it has been put together and edited for your viewing pleasure.

So, every interested to know more about what goes on behind the scenes with each video that comes out, we got straight in touch with the man himself, Laci Kobulsky. 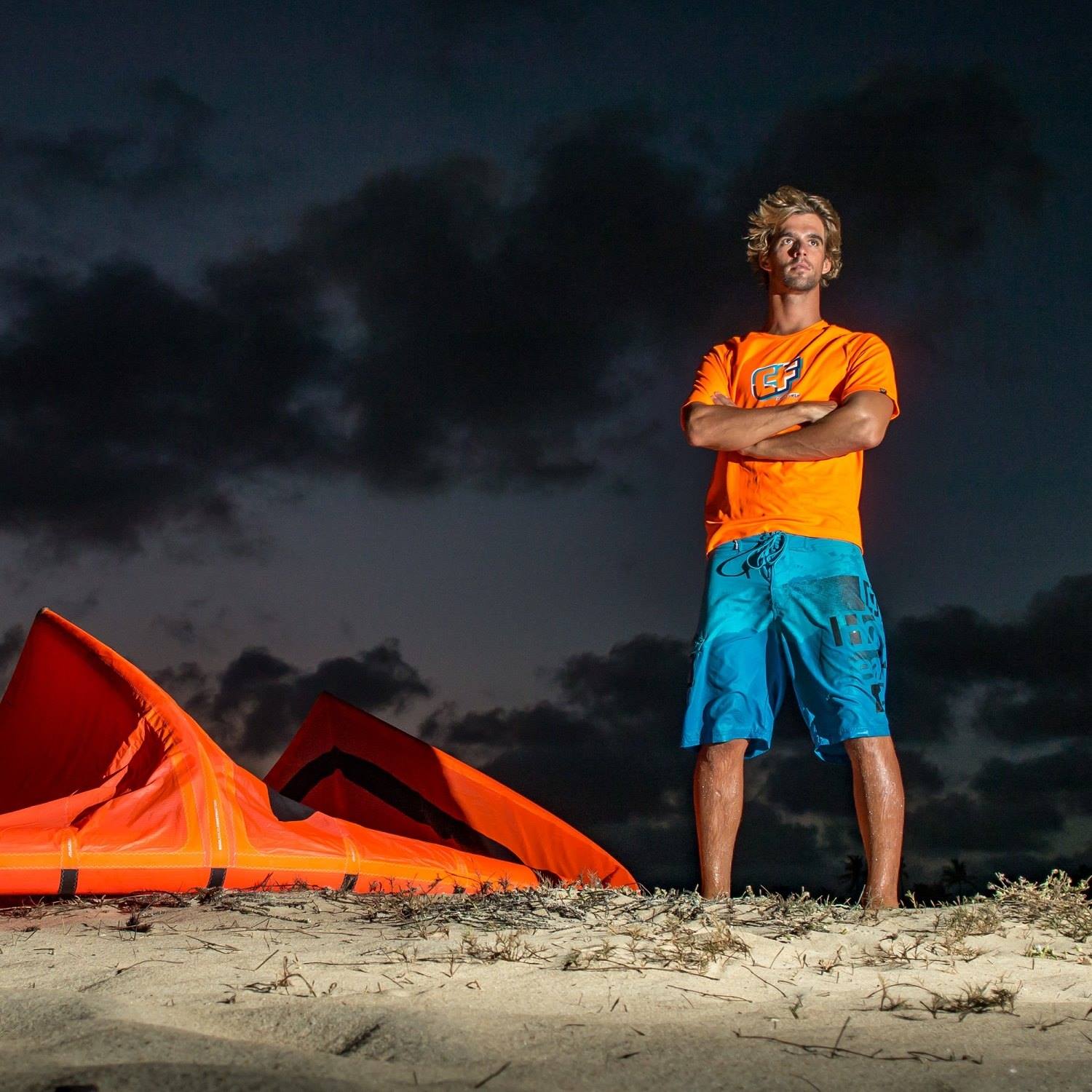 Laci, tell us a little bit about yourself and how you came to be involved in this project?

Laci: Ola! Not much to say, I am just an average level kitesurfer who wanted to be involved in the “big game” and since my tricks woudnt get me there I had to pick up the camera and do it the other way :D

This year I picked up job at ProKite Brazil, also because I knew that most of the PROs go train here and conditions are perfect. Spot is specially popular among girls, because compare to other places in Brazil its very safe, lagoon is right next to the station so its also convenient.

Then I heard the song from Beyonce at some local party, I played it later with Annelous in the station and we randomly started dancing and got really hooked on it :D So idea popped up to make ultimate female freestyle video! Not the one with romantic music and slow-mos of railey, but proper hardcore girls rippng! We got Gisela on the team and then slowly every girl who visited us this season 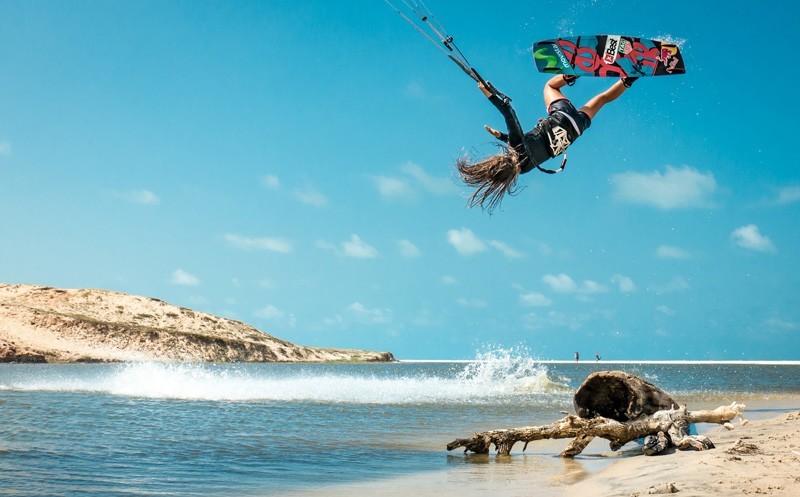 Shooting video of one girl can be challenging, how did you handle the demands of 6 girls?

Laci: Eh, I have to watch here and answer diplomatic :D Initially I wanted to shoot also some group shots but it did not worked out so I was shooting individually with each girls as they came. That way is the best, because if you start shooting too many riders at once you cannot focus properly and results are not so good. But as for my reccomendation, you have to be just patient with girls, if they do not have their day do not push them (DO NOT), if you see them rocking that cheer them up and they will deliver 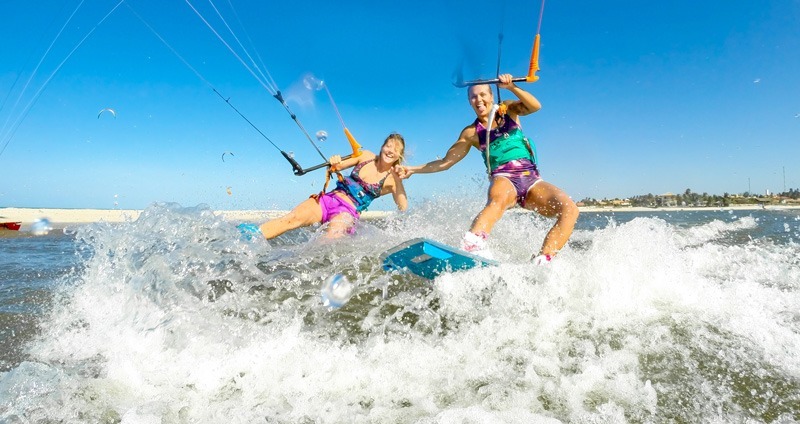 It can be tough finding space on the lagoons to shoot in Brazil, how did you cope with this?

Laci: Well almost everything was shot in our lagoon in Uruau (1-2 shots are form Barra Nova) and even thou lagoon is tiny we have a system here so its never problem to ride and shoot. Especially for making videos its amazing because its so easy to go around the lagoon and find different angles. I think this diversity is nicely shown in the video, when you realise its all shot on one spot… 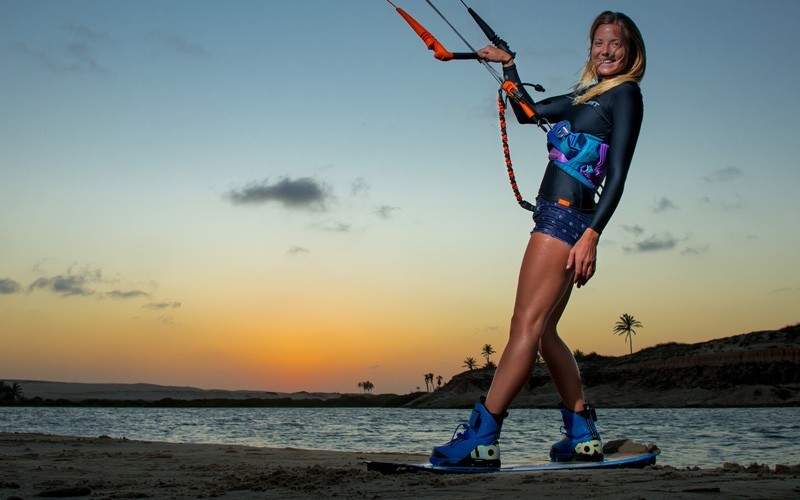 With a lot of criticism these days towards the sexualisation of girls in kite media, was this something on your mind when shooting and editing?

Laci: Is there a lot of such criticism?! :D I don’t know, I think its very natural thing of us as a species! Males need to show their dominance trough power and “macho” style (never heard anybody complaining about that) and females are luring with their beauty. Of course, it should be within boundaries…

This video was a bit different though, sexuality is obviously not the strong part of it Sure I needed some hot ass shots and I know how hard it to get them from kiter girls, so I called my model friend from Fortaleza to shoot some “girly” moves and I hope viewers will be pleased with the results same as I am.

The video is called Divas ...so tell us, which of the girls is the biggest Diva?

Laci: Ojoooj I have to be suuuper diplomatic about answering this one haha :D Well it depends what you have in mind when you say “DIVA”, either some spoiled mid life Diva or Beyonce’s HUSTLER. But I think that every girl should have a bit of both “Diva” verisons in herself :P 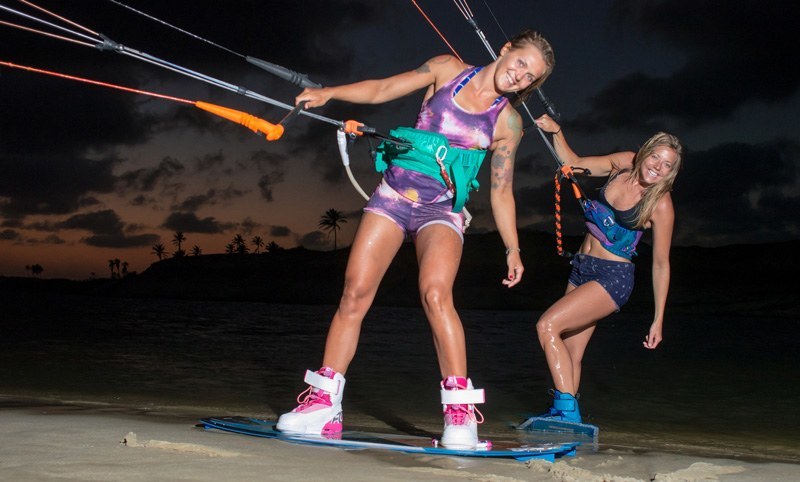 A very diplomatic way to end there Laci. Thank you for taking the time to talk to us and we wish you all the best for the future.

For those that want to check out the video one last time you can watch DIVA here.

If you would like to know more about Laci just head over the kobulsky.com. 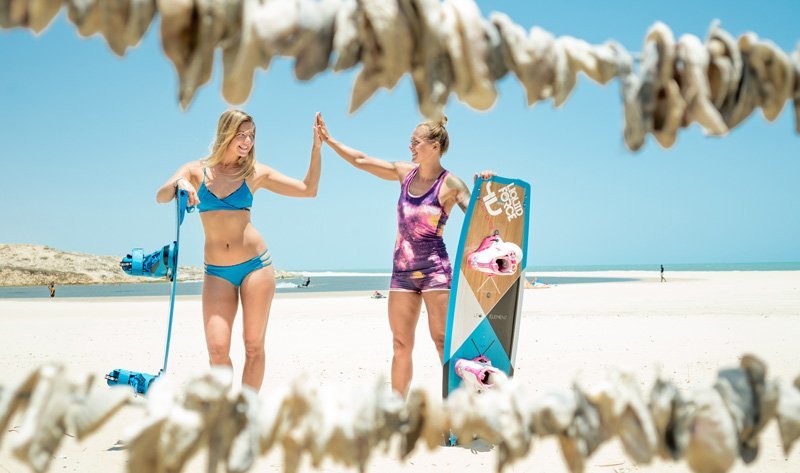