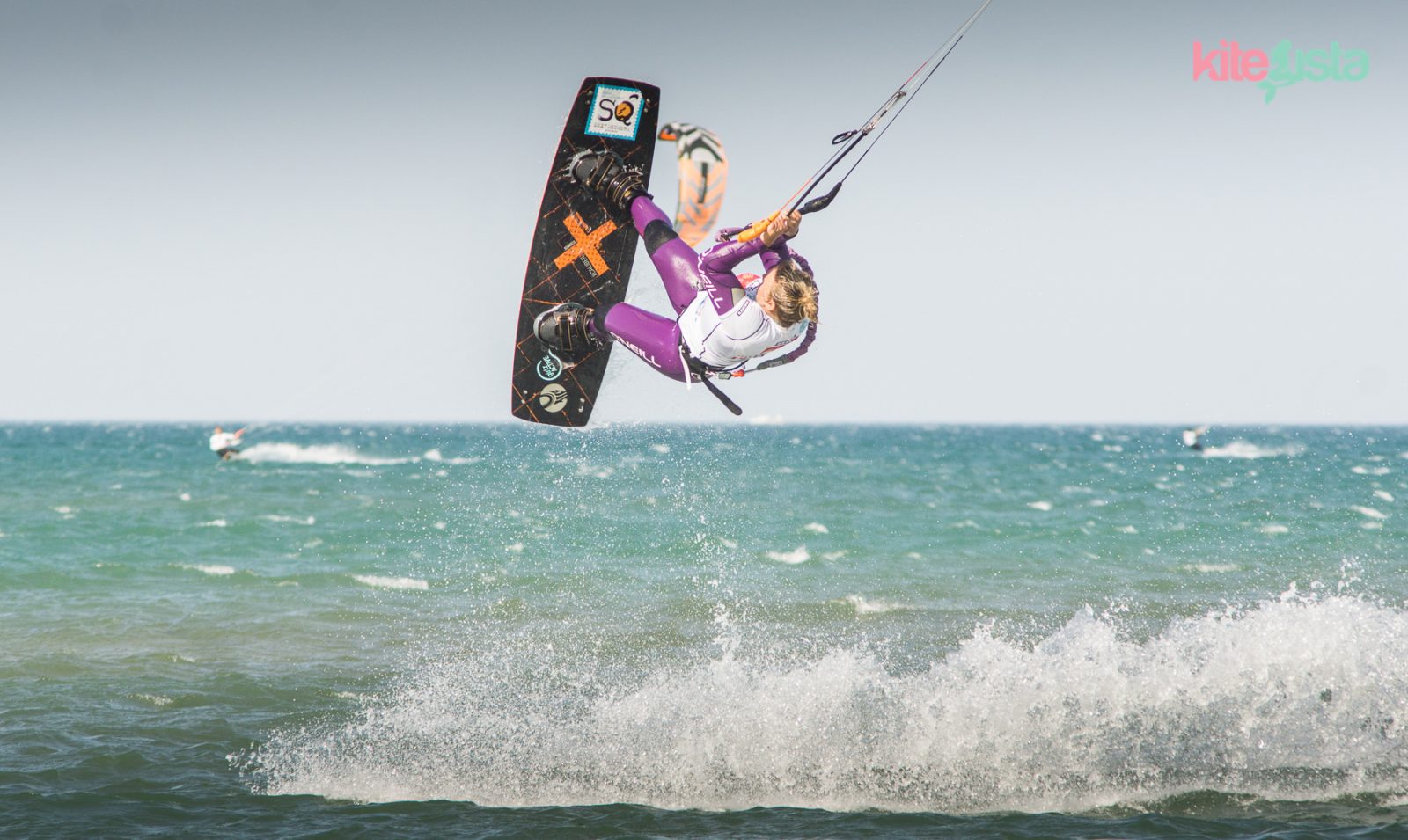 Today was the first day of competition at the World Kiteboarding League and it began with the girls qualifying event which sees 12 girls battling it out for 4 places in the main event.

Today was the first day of competition at the World Kiteboarding League and it began with the girls qualifying event which sees 12 girls battling it out for 4 places in the main event and a couple of pre qualified girls looking to ensure they have the best position in an event which will also count towards 2018 seedings. 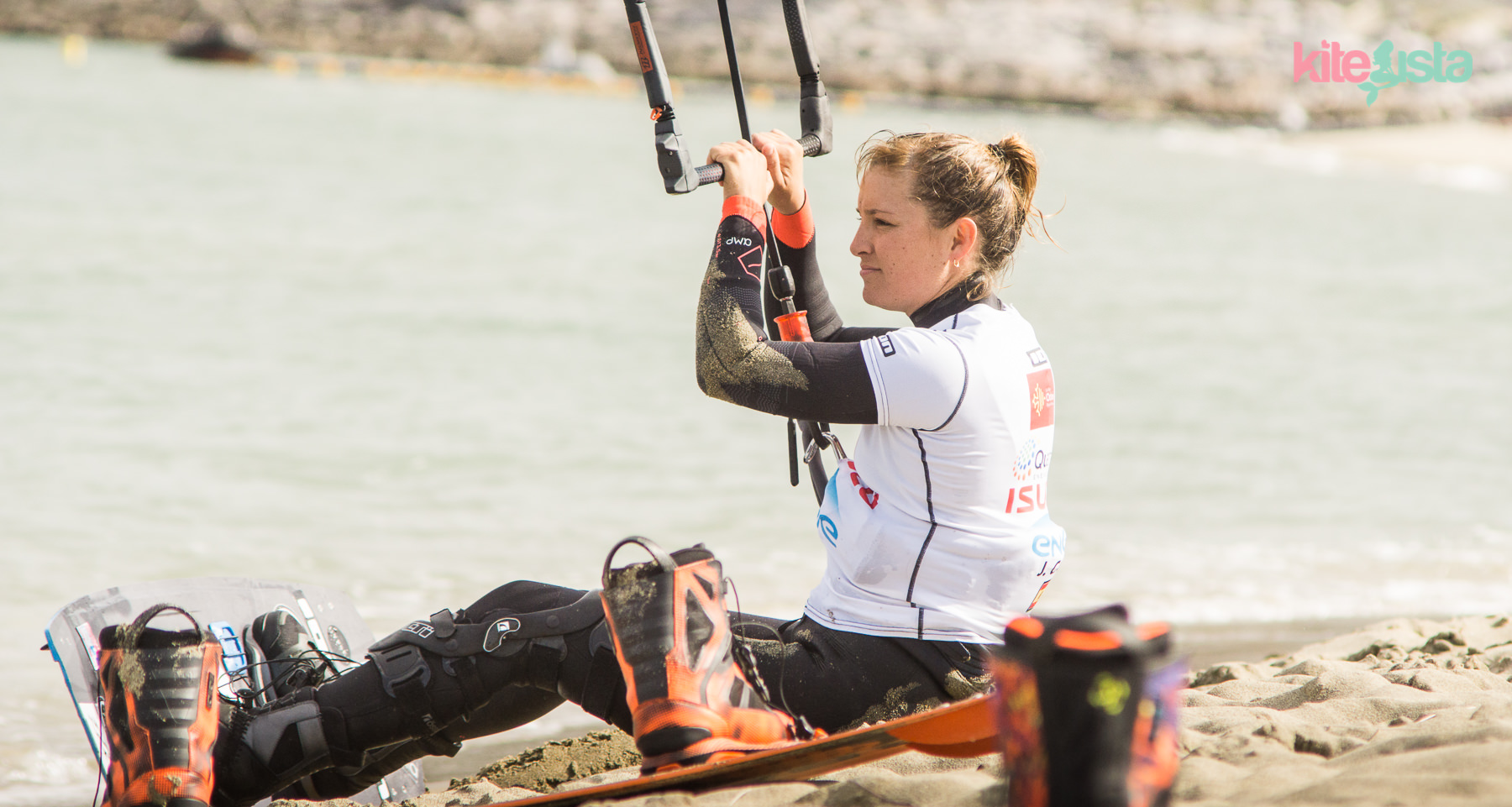 The conditions as the day begun were anything but easy with 25 knots of wind gusting up to +35knots at times and causing havoc with kite choice. However as it came time for the girls to compete the wind calmed slightly and most were on 7 metre kites. 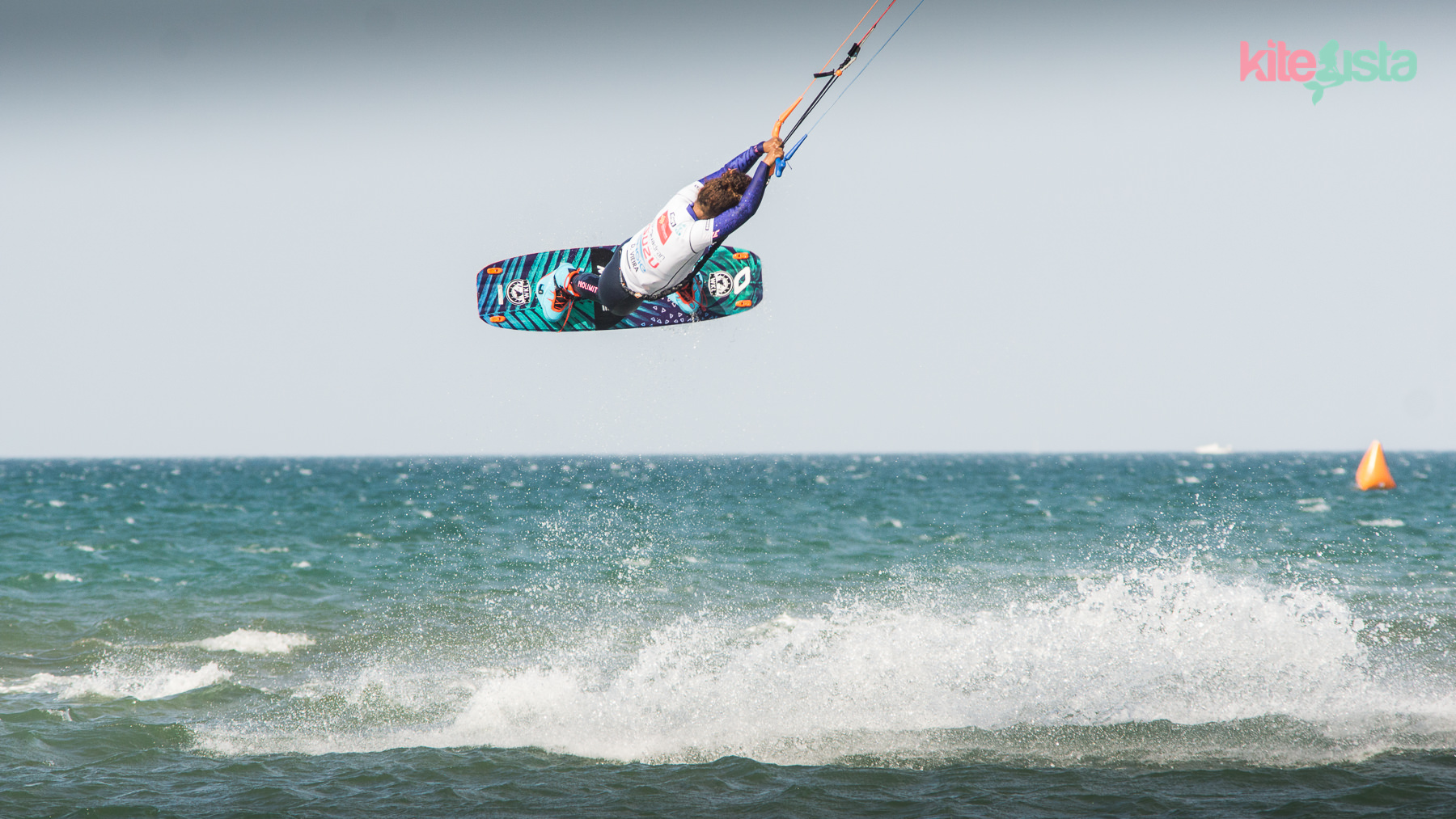 Dioneia Vieira stretching it out

Round 1 saw 4 heats from which the last person would be immediately eliminated and not continue, the first place would advance to the third round and second and third would fight again in the second round. 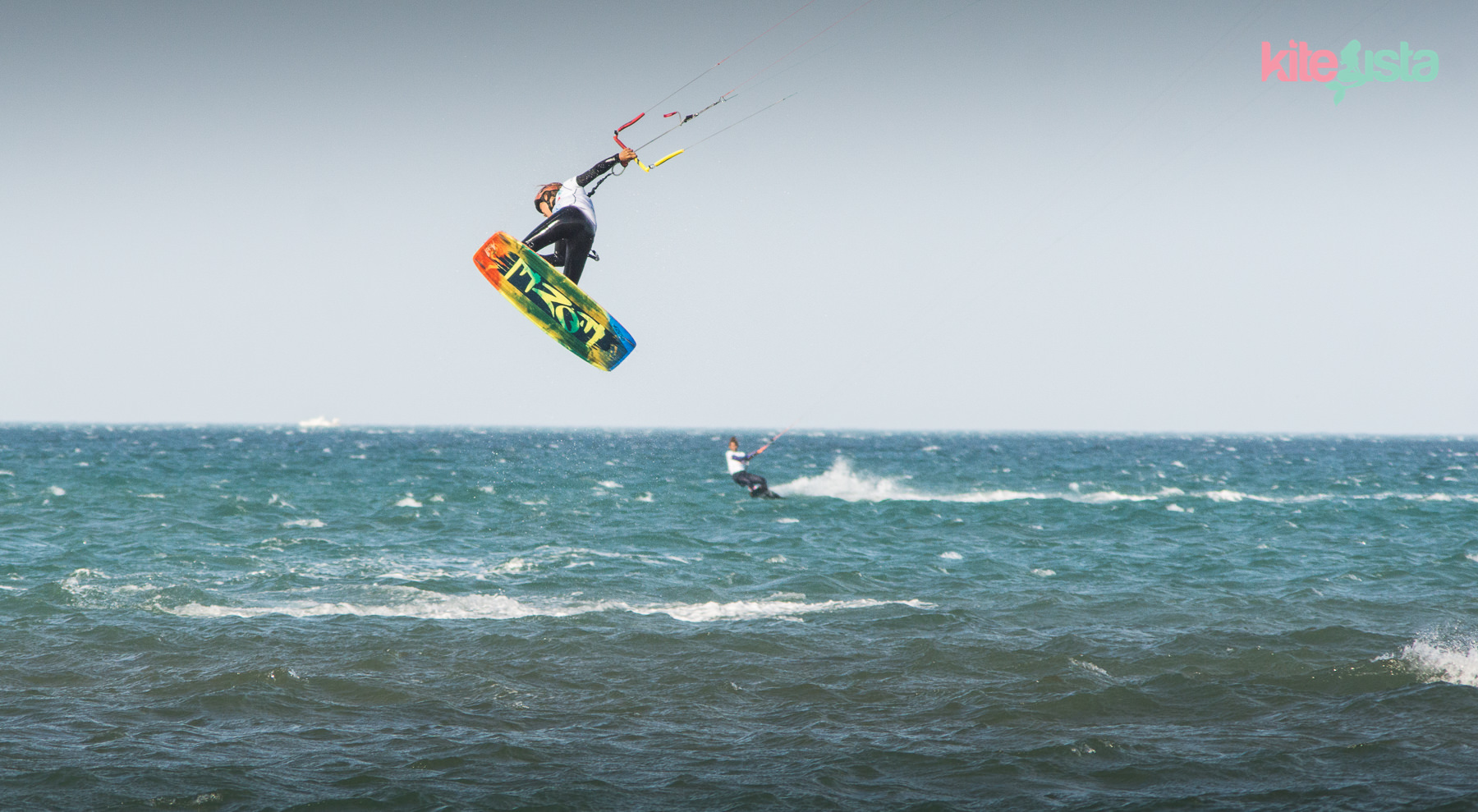 Mikaili Sol getting down to business

With an empty spot ensuring all girls go through and Pippa van Ersel having a shoulder injury sustained in her podium finish in the juniors last week, the fight was between Maureen Castelle and Therese Taabbel. Although both girls kited well it was Therese who secured the win and her place in the third round with a score of 10.63 against Maureen’s 8.54 although with multiple crashes and aborted tricks from each rider it was a close affair coming down to the last trick attempts. 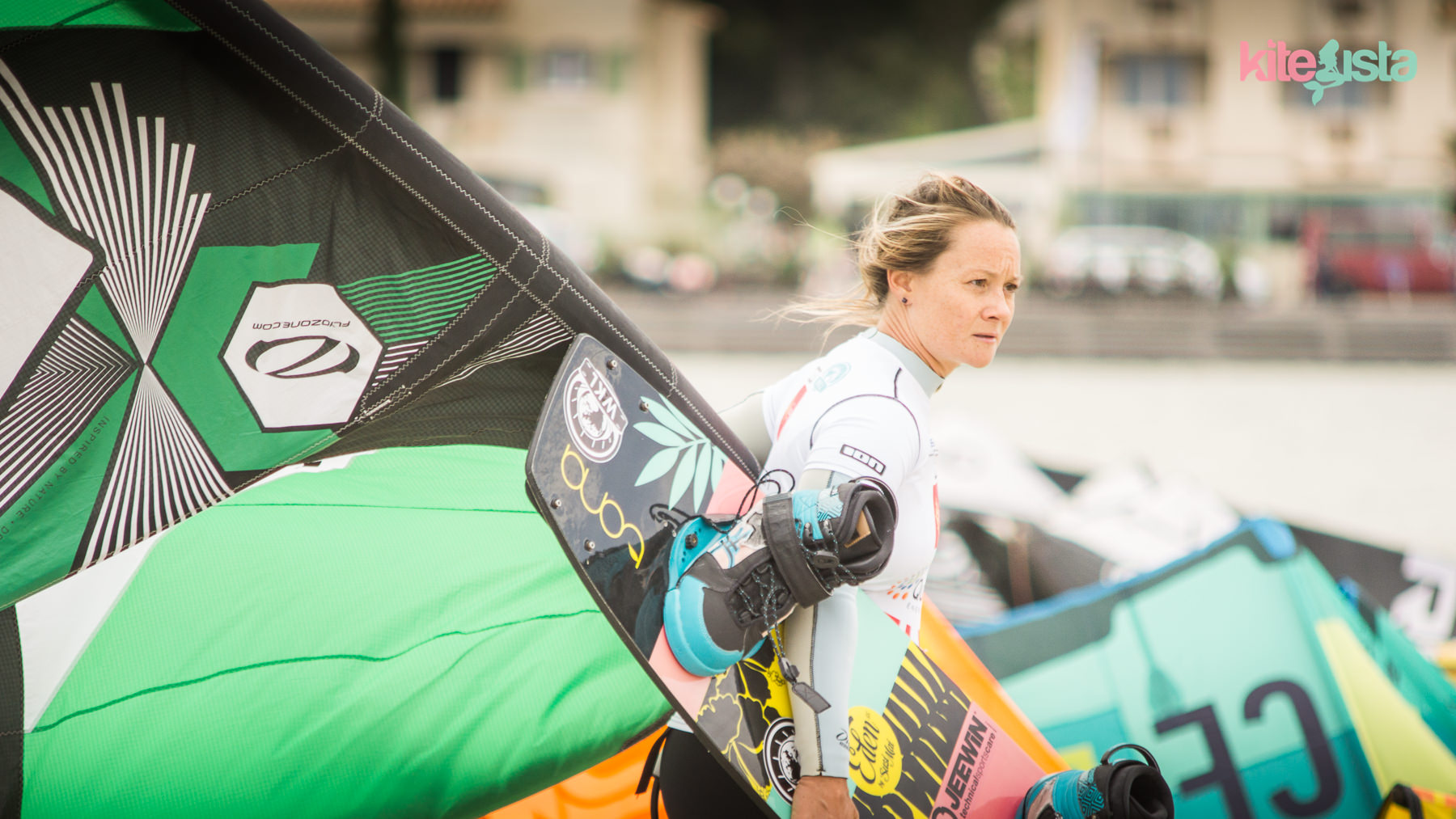 Maureen Castelle preparing for her heat

This heat was a much more tightly contested affair with the dutch rider Vera Klabbers taking the win with a score of 12.23 which mostly came from a clean blind judge and 313, but an all important back roll (from an aborted back to blind) gave her the win over second place Lilloo Fourre who started with 3 crashes and then nailed an s-bend pass which at 6.5 was the highest female scoring trick of the day. Followed by another crash and then a Blind Judge it just gave Lilloo the points to grab second place.

In third Julia Castro just could find her rhythm at the beginning, and although she finished with an impressive backside 313 scoring 5.68, it was only enough for third.

Bringing up the rear was the young French rider Eva Dupont who was also just out of the junior competition last week, but the difficult conditions proved just too much for her as she just couldn’t get solid points on the board. 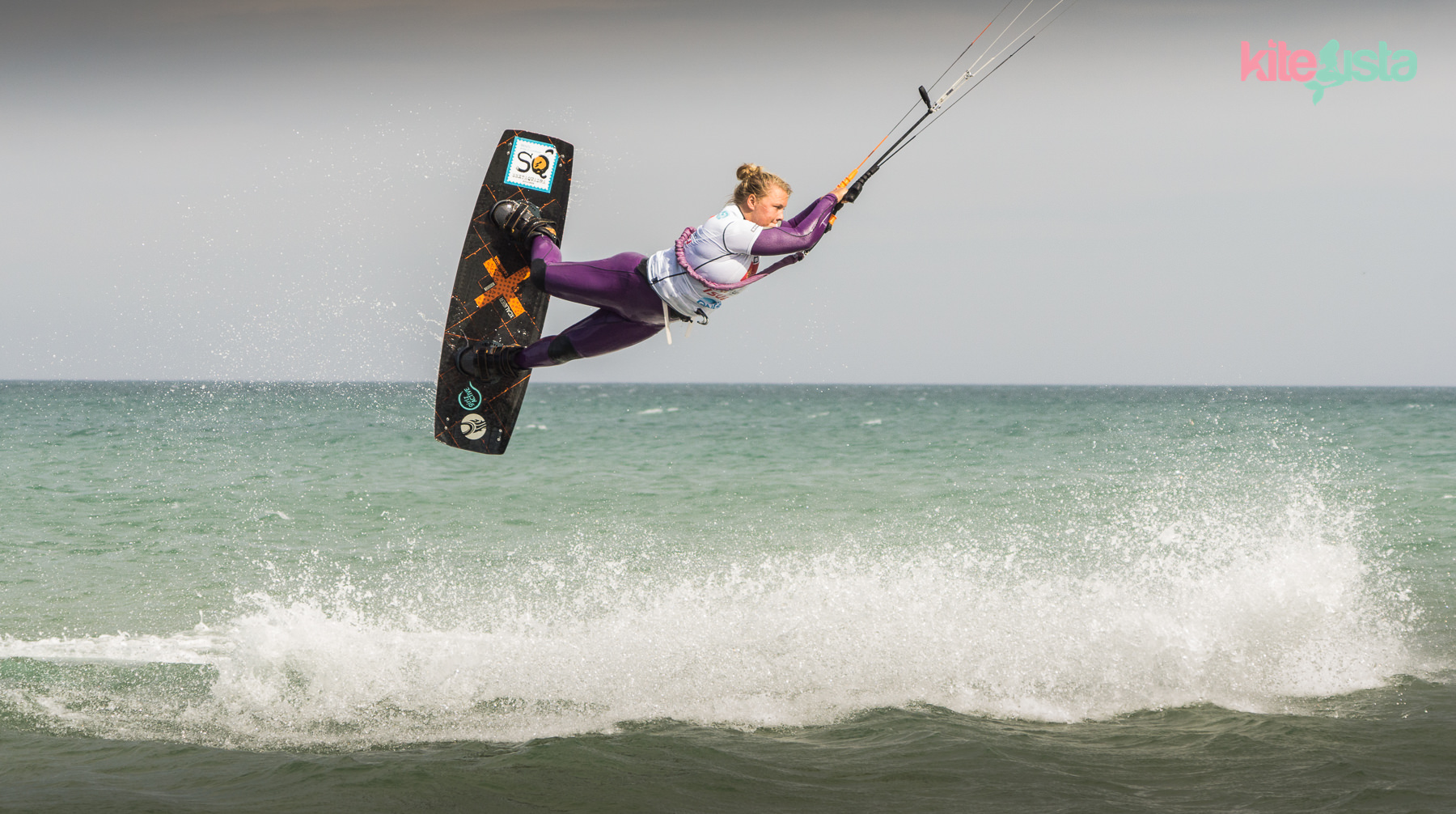 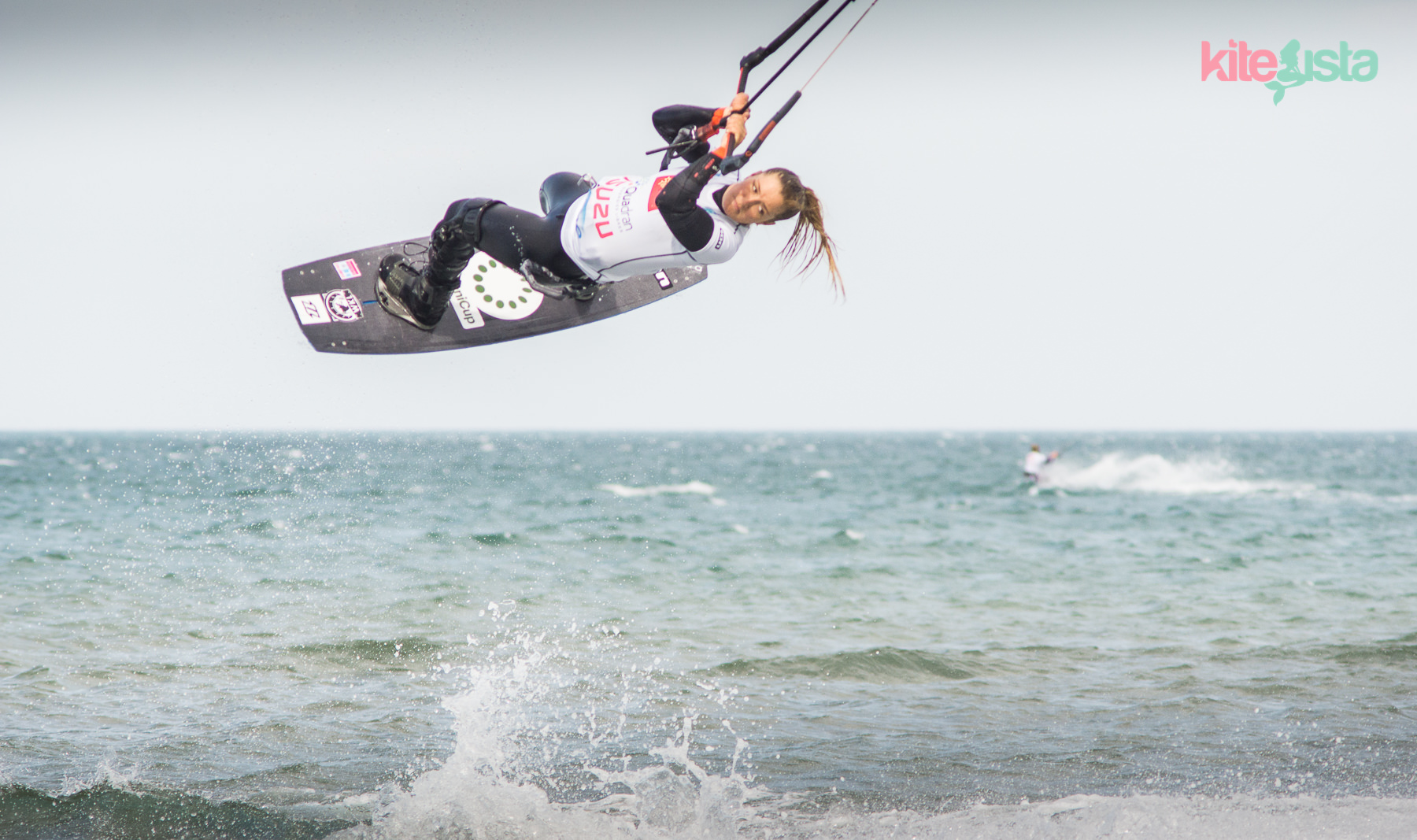 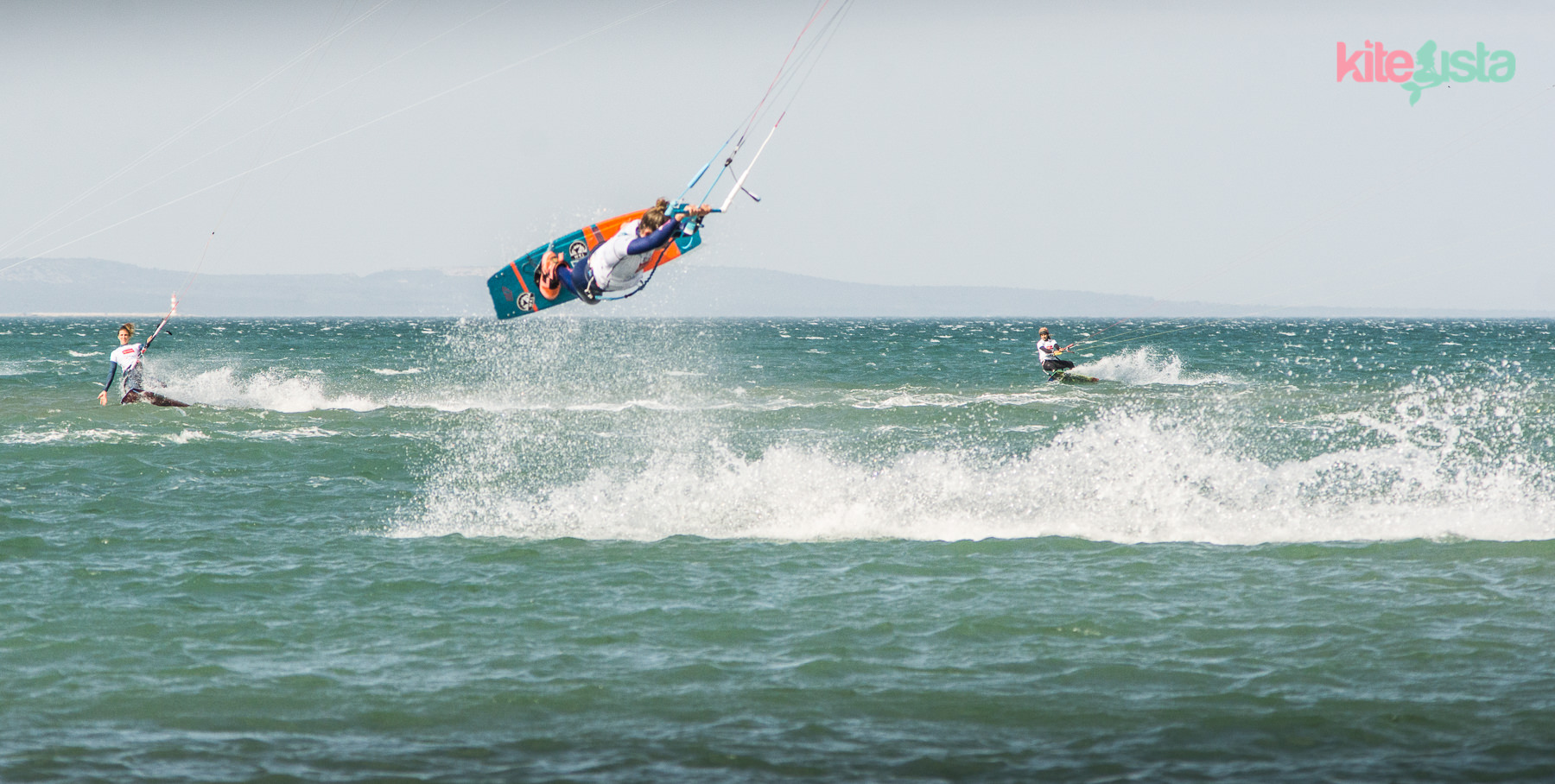 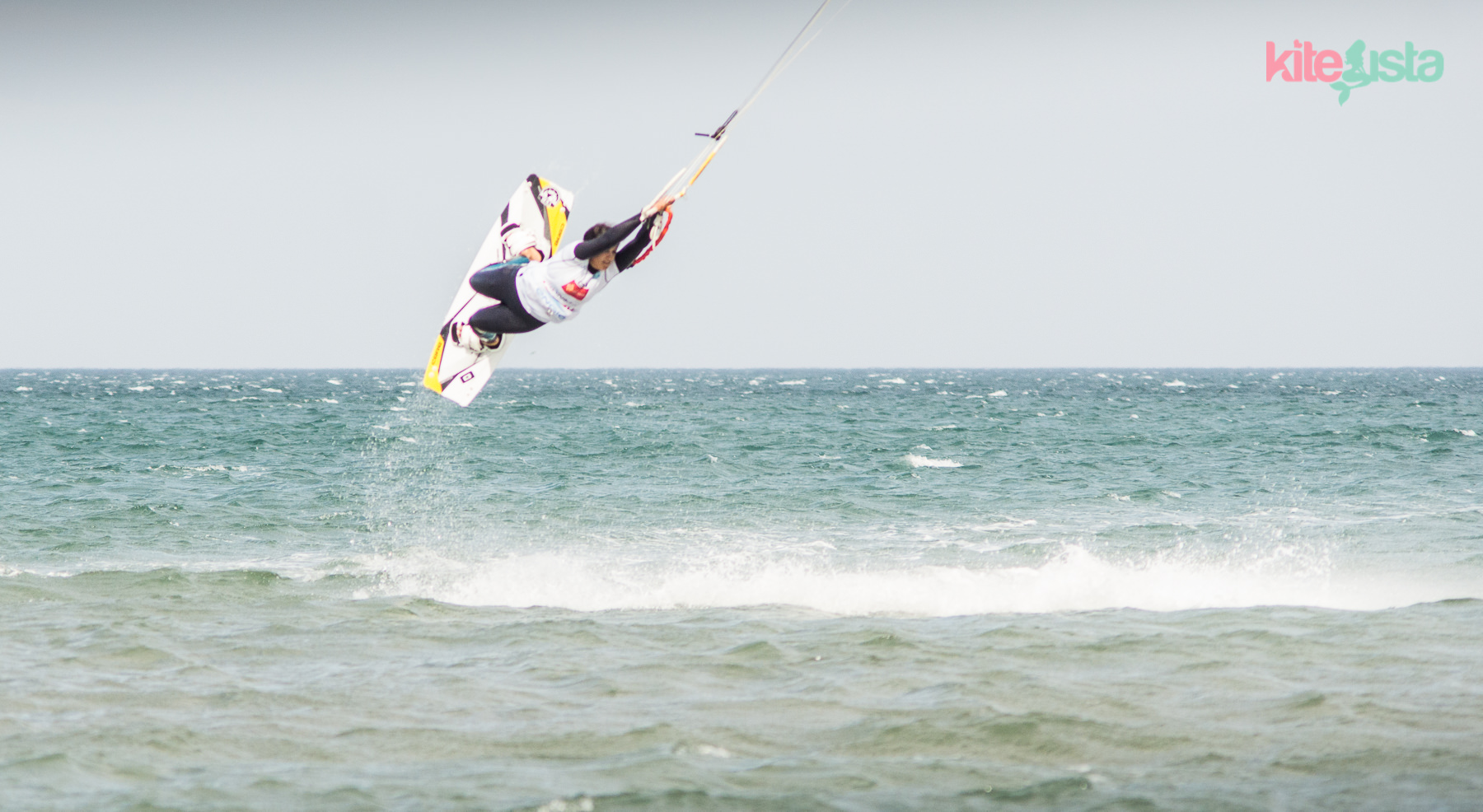 Eva Dupont getting to grips with the conditions 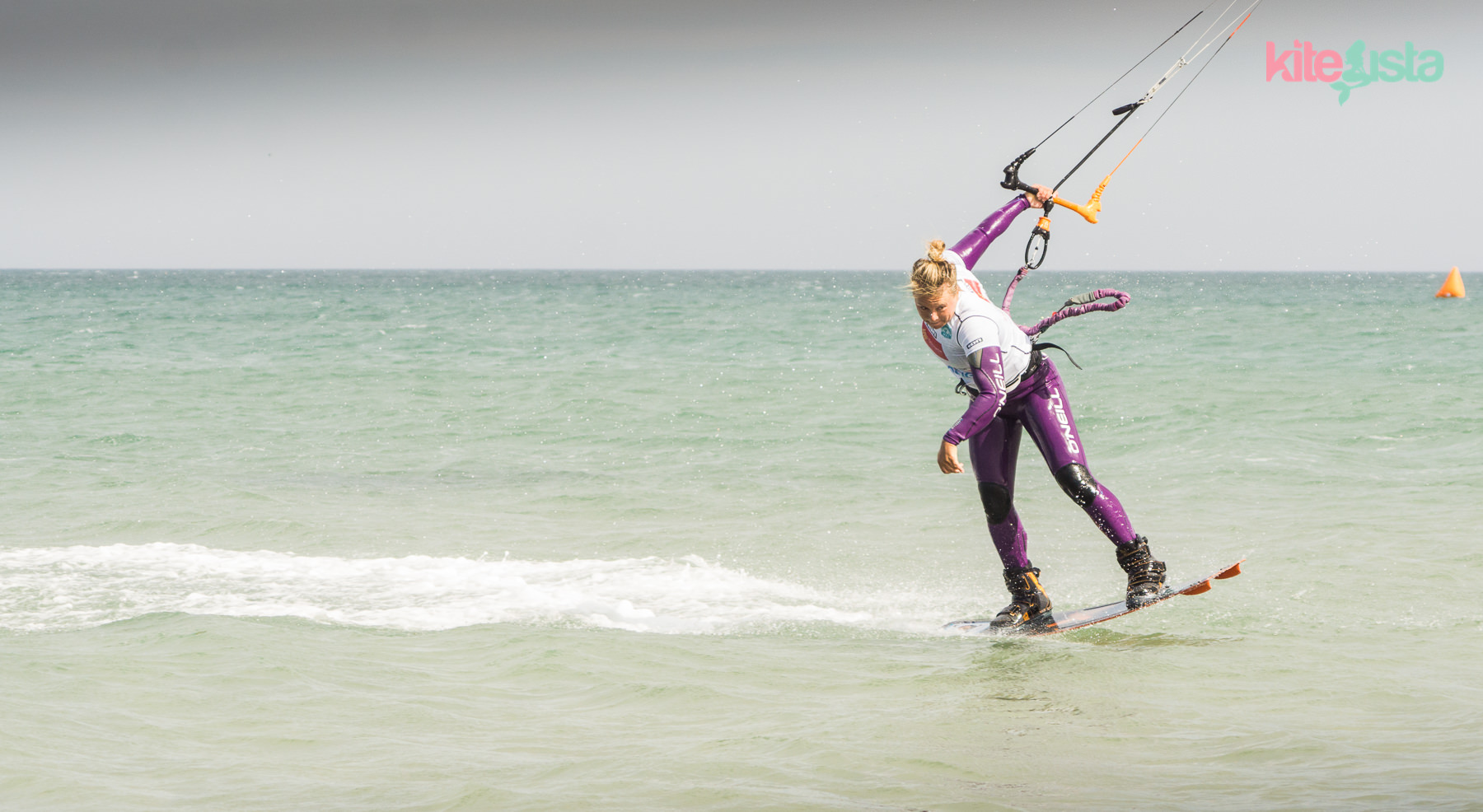 Once again a very close heat with freshly crowned Junior U16 champion Mikaili Sol going in strong on her first trick with a solid blind judge and Isabeau Galiart following suit and matching the trick. Isabeau then continued with 313 that she just managed to hold onto giving her the two strong scoring tricks that would see her clinch the heat.

It then came down to a close call between Annelous Lammerts who makes a welcome return to the tour and Mikaili as to who could land that final required trick and although Annelous got a blind judge, it was so close that it came down to points scored for aborted tricks which gave Annelous second place and Mikaili third.

Brining up the rear Dioneia has a heat that she would certainly like to forget as the gusts played havoc with her riding seeing her either being lofted into the air or having nothing, and although she battled on she just couldn’t get the points required to get out of fourth place and made a shock and sad exit to the event. 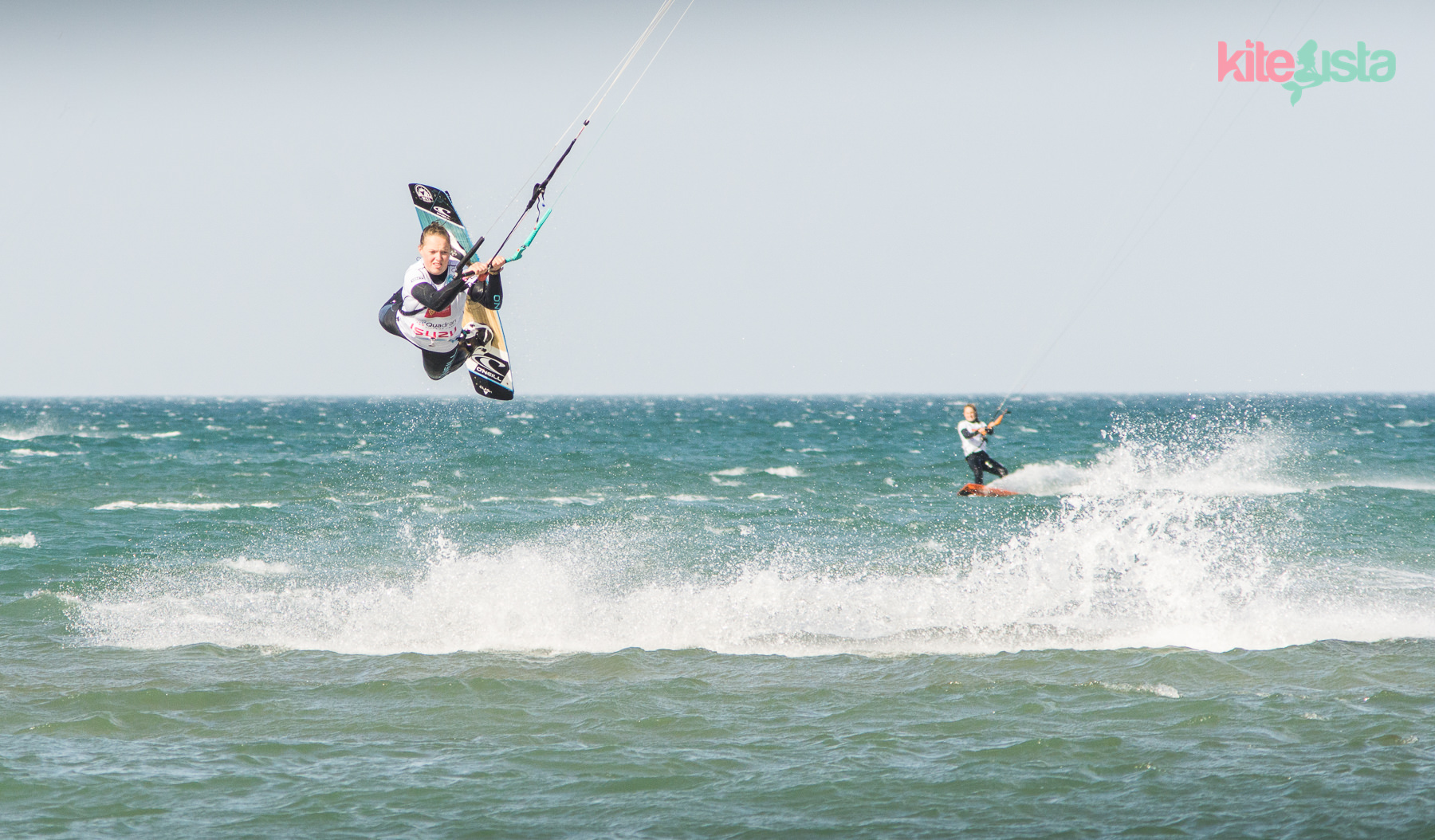 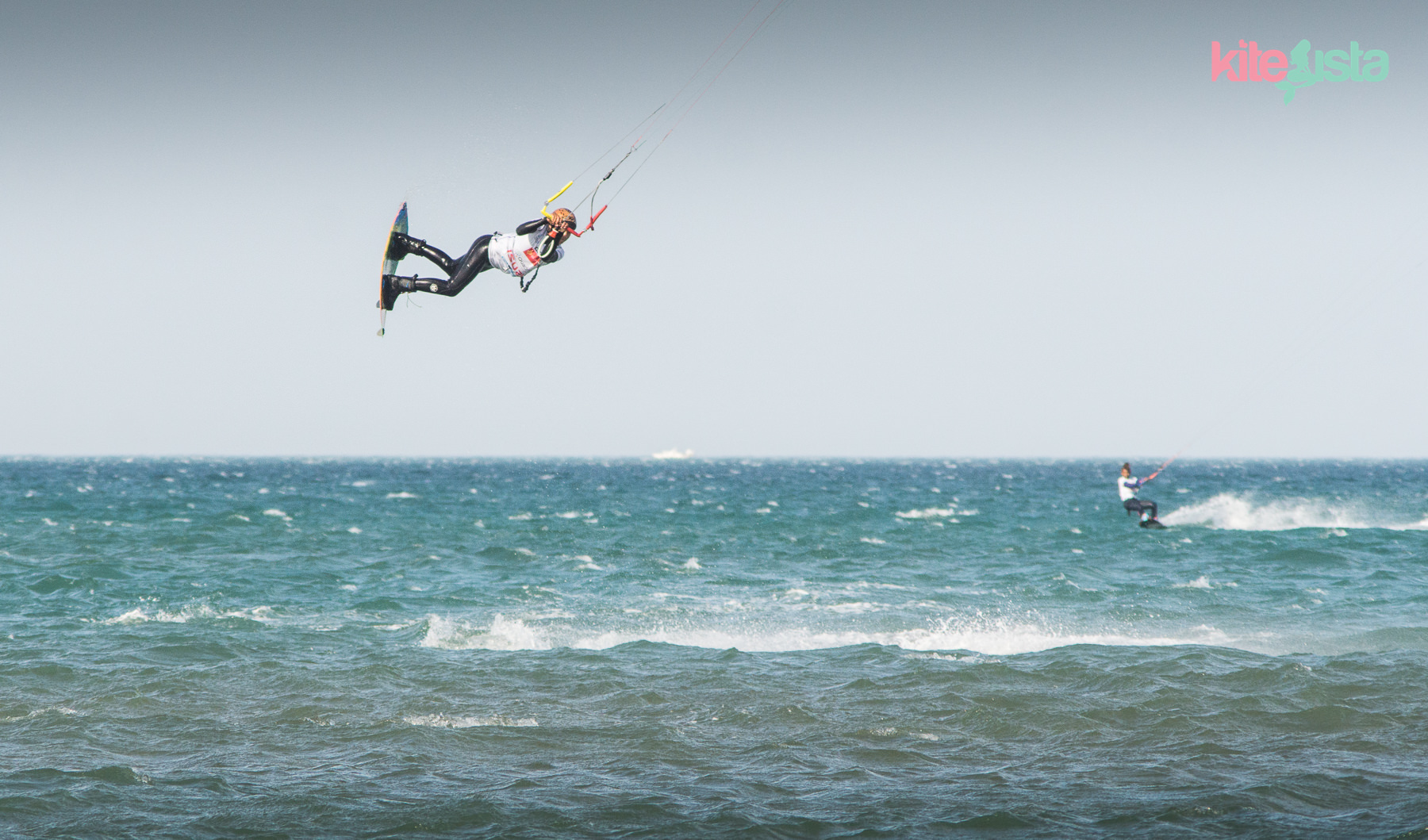 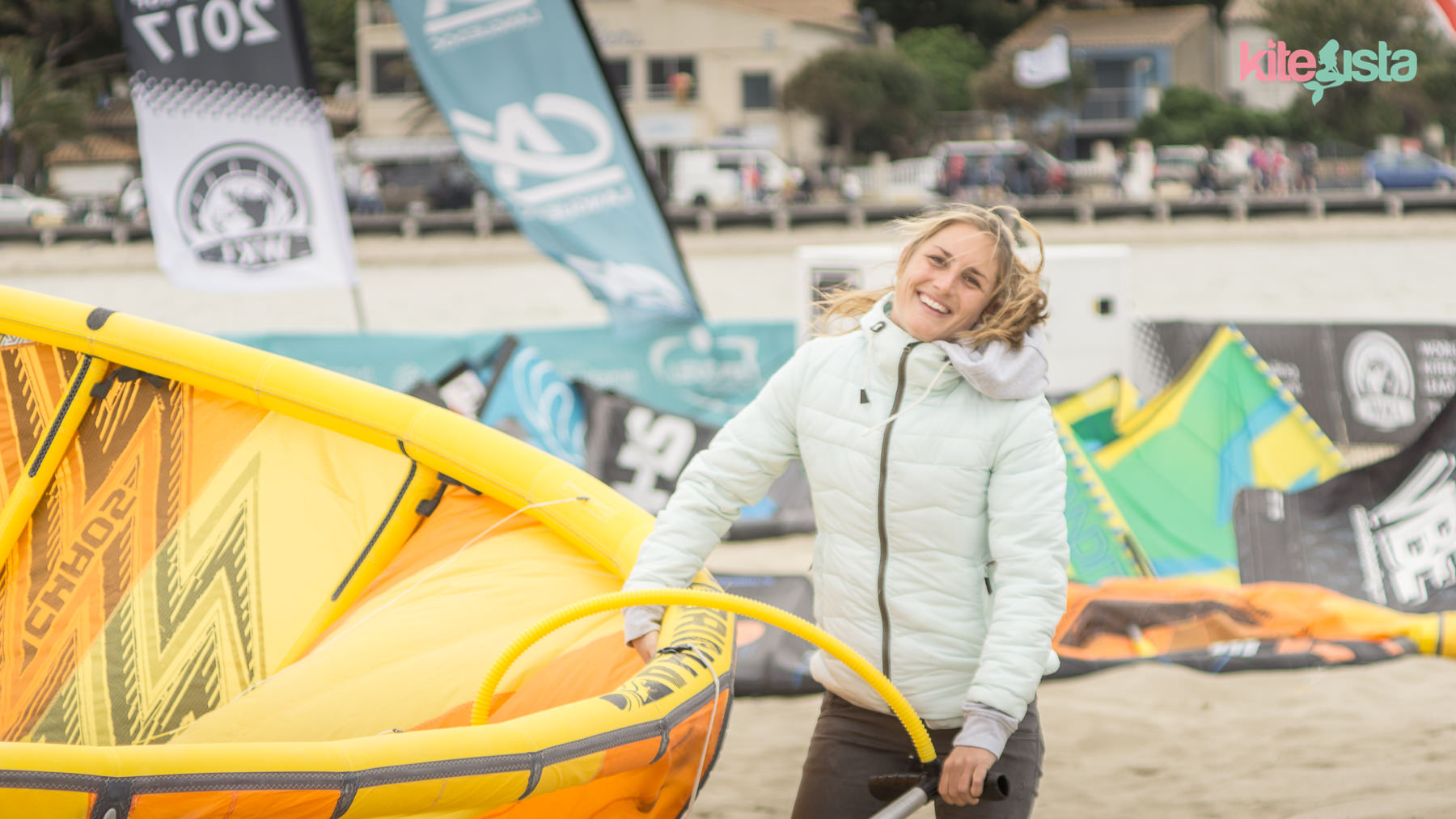 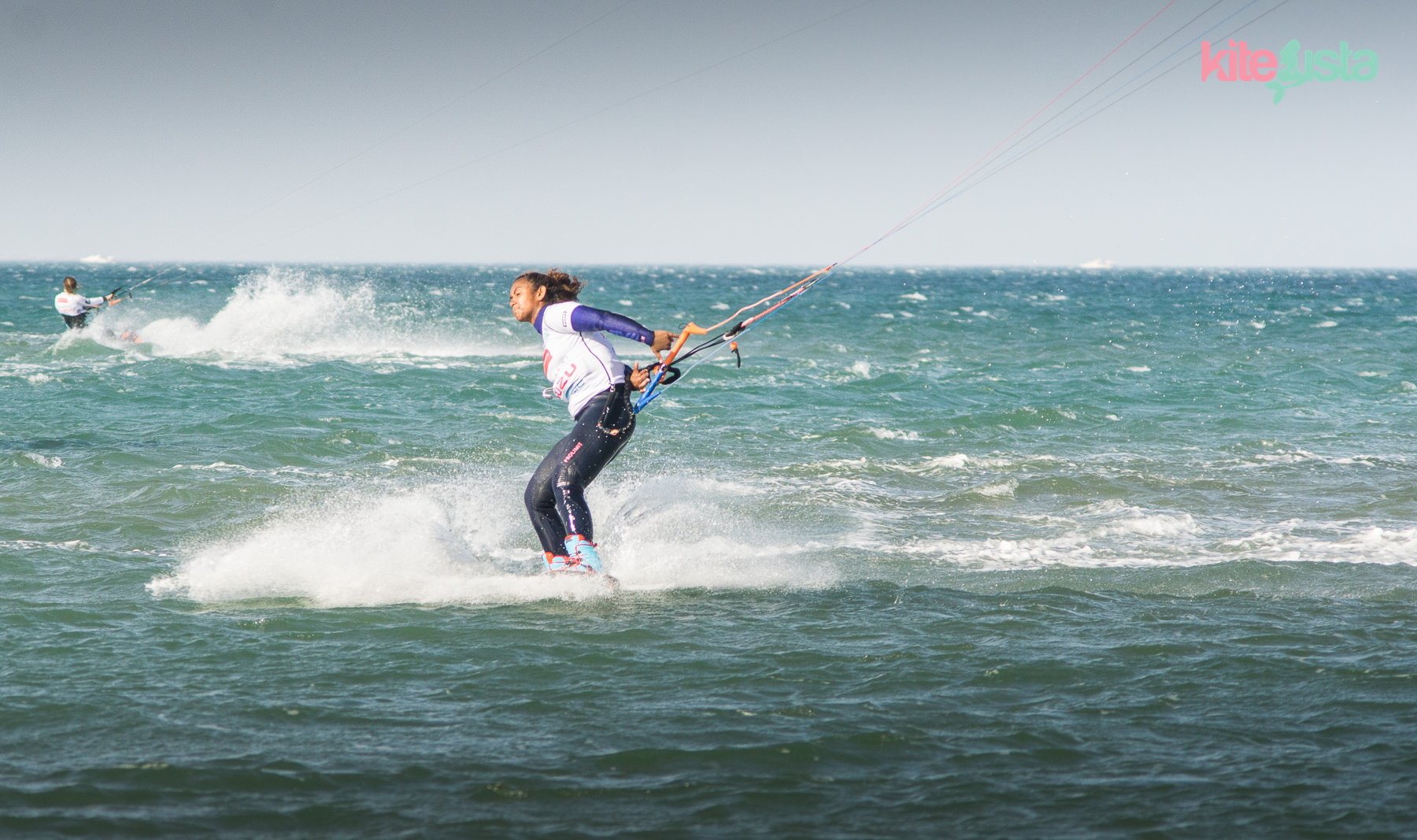 Dioneia Vieira having one of those days

The final heat of the day and round one saw an incredibly close battle between Francesca and Rita with both girls getting over 13 points and the highest scores of the day and in the end it coming down to a difference of just 0.07.
It was Francesca who ever popular took the win with a slim chance on her last trick just edging Rita out who put in a solid performance.
Lidewij the young dutch rider also struggled with the conditions and failed to land the tricks she was after, but with only three girls in the heat will get another chance to fight it out tomorrow. 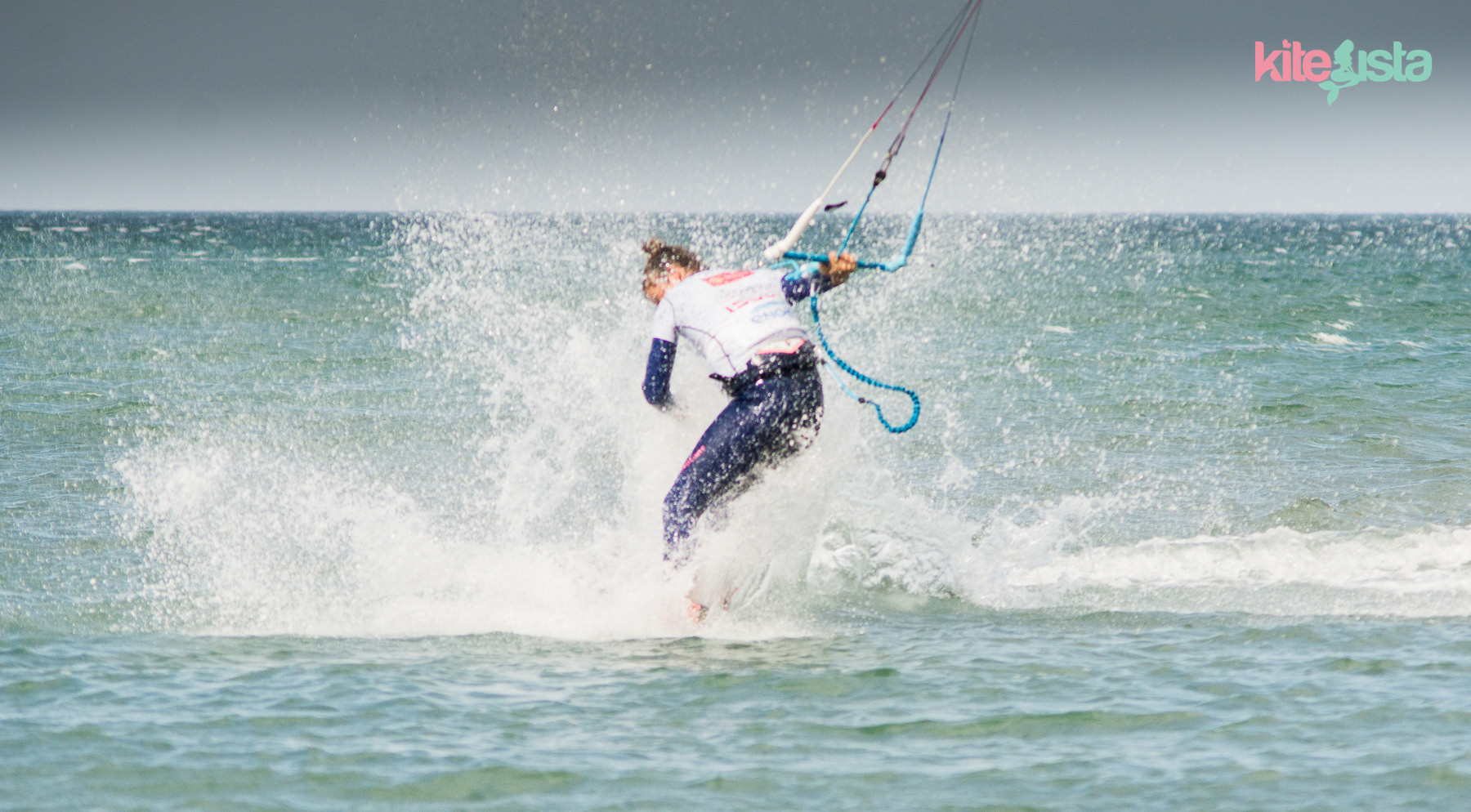 Making an impact on landing

The table looks like this at the end of the day and tomorrow is set to start with girls heats at 8am local time here in Leucate. 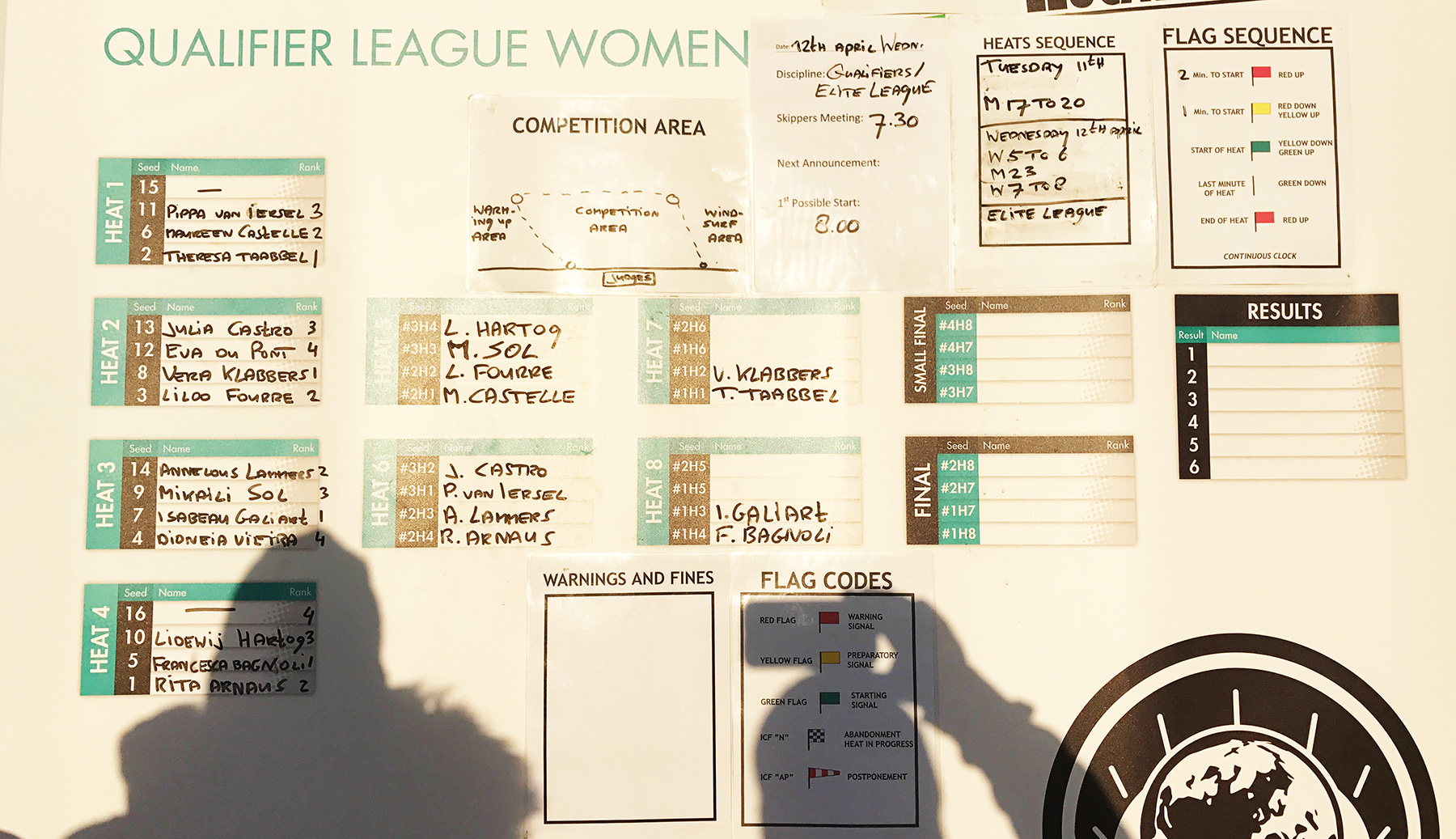 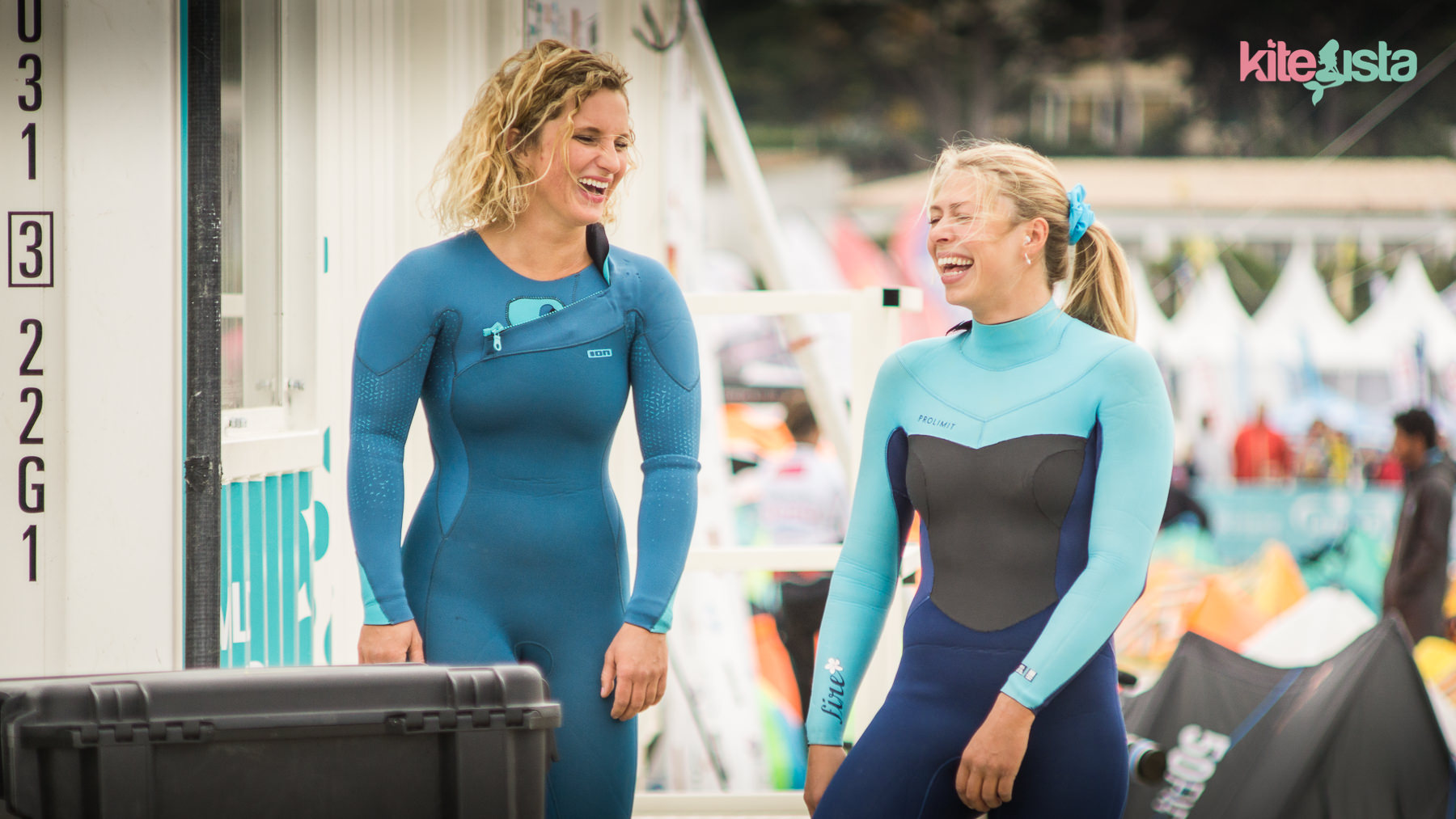 Before we go however one thing we did notice on the beach today was the increase the presence of parents and family support for the riders which not only reflects the young and young ages of some of the new talent, but also showed a pride in a passion shared with parents of the more experienced riders too. 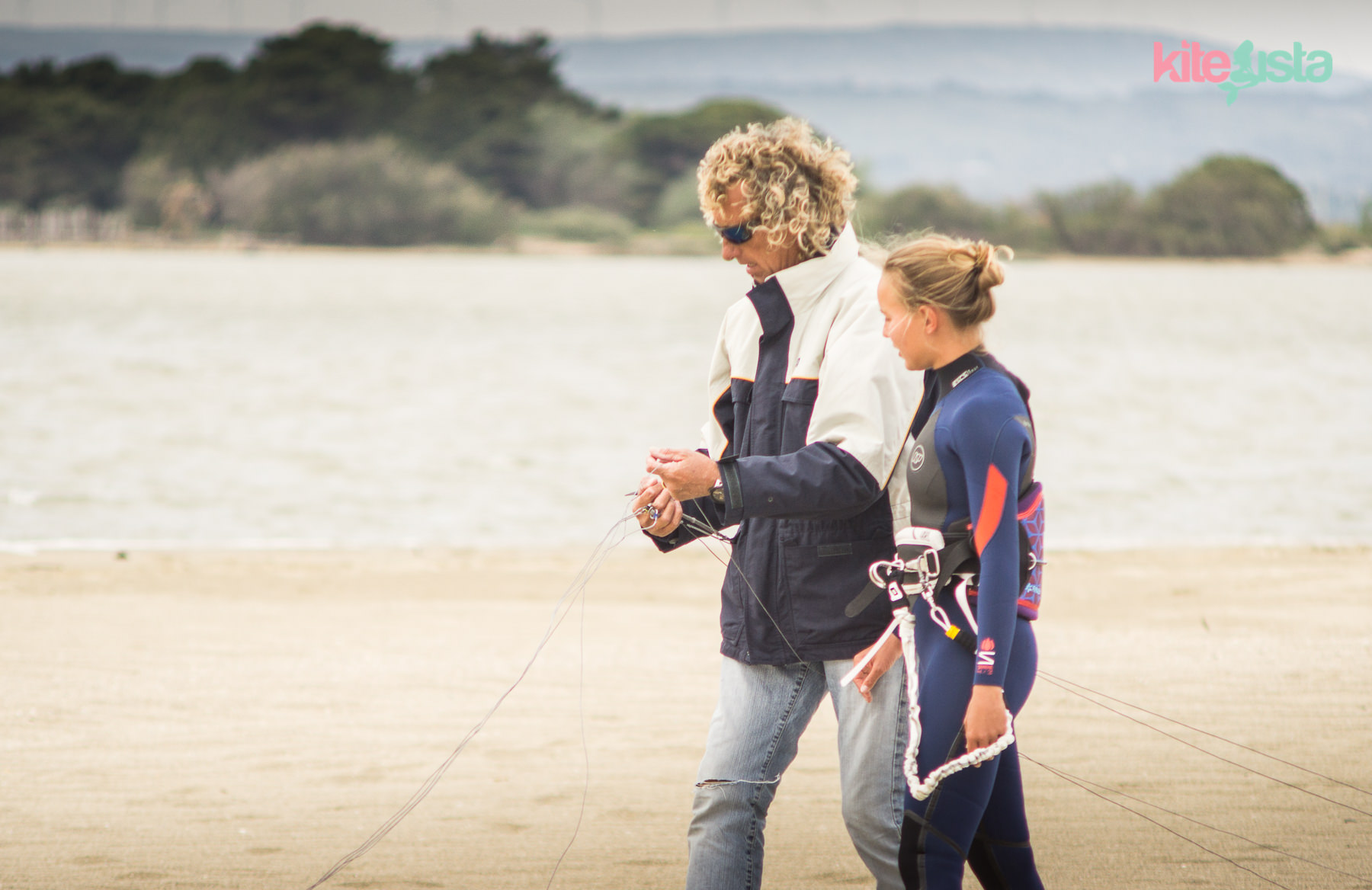 Annabel van Westerop, never to old to have Papa lend a hand 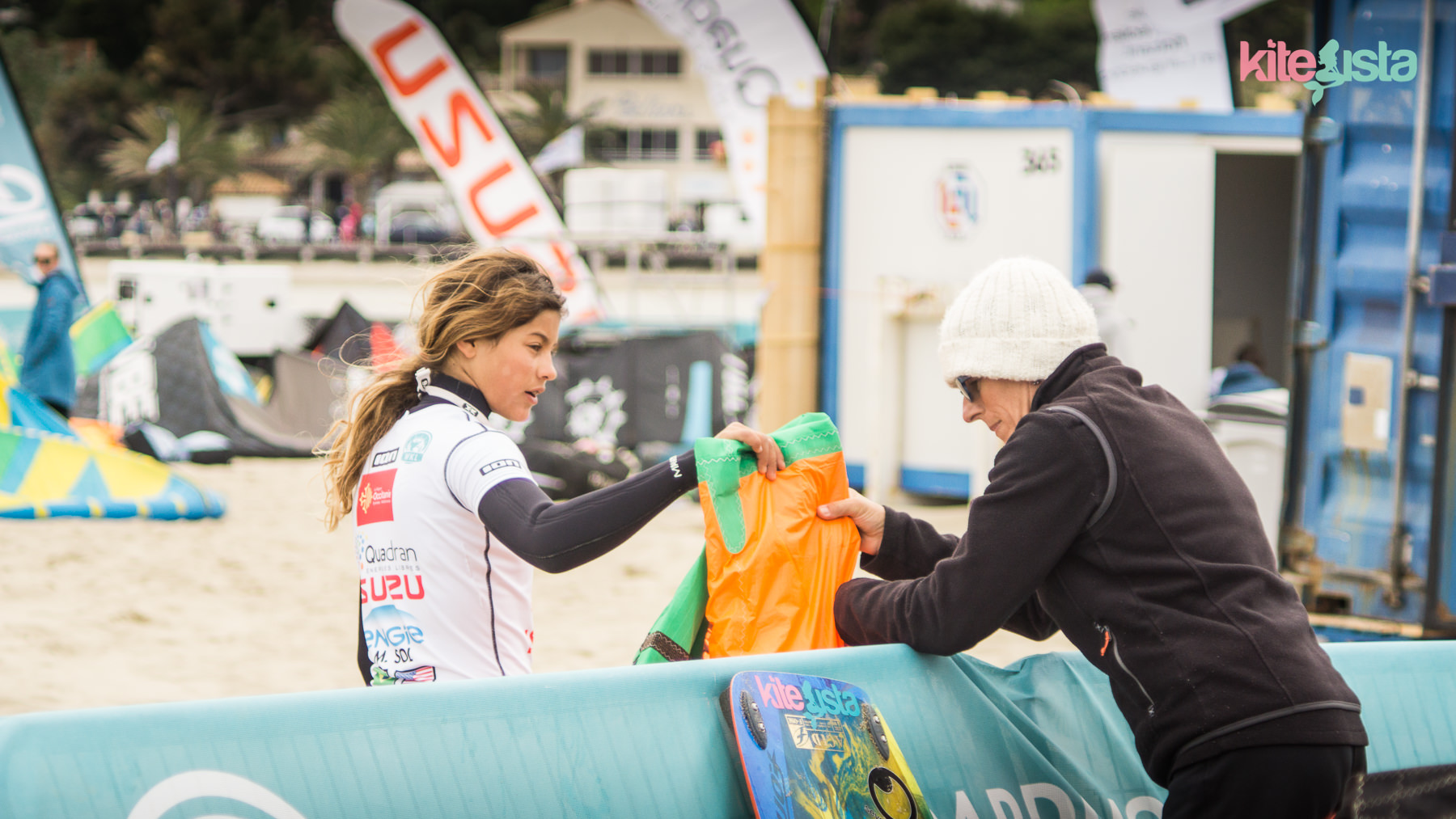 Mikaili Sol might be a rising star, but mum is never far away