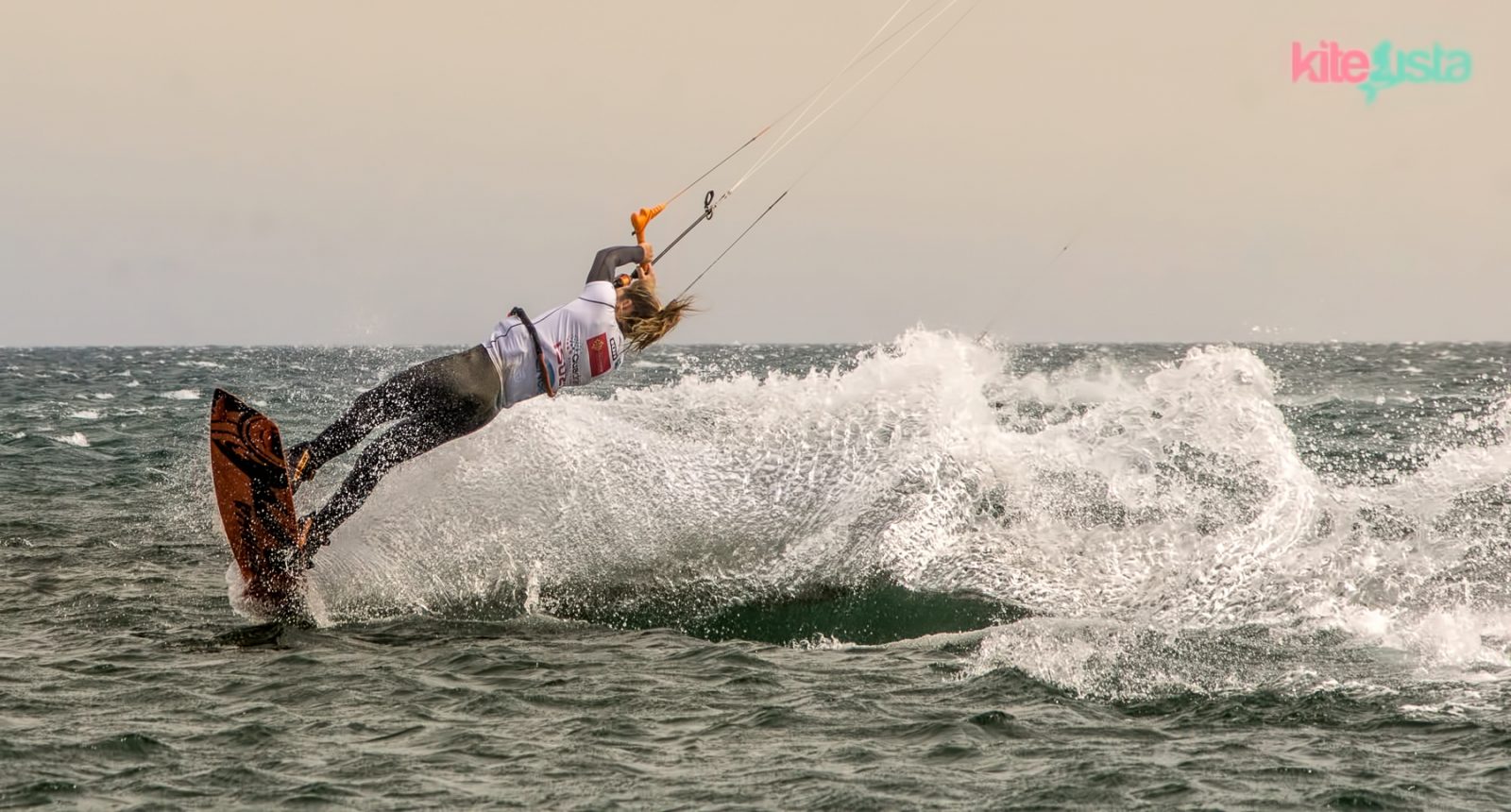 With the top two from each semi going through to the final there was everything to win and everything to lose for the eight riders.

It was another early start today with the girls all on the water at 9am for the two semi final heats and the wind was absolutely howling with the riders struggling to hold onto their kites at times and the heats temporarily postponed midway through as it became almost unridable.

With the top two from each semi going through to the final there was everything to win and everything to lose for the eight riders. 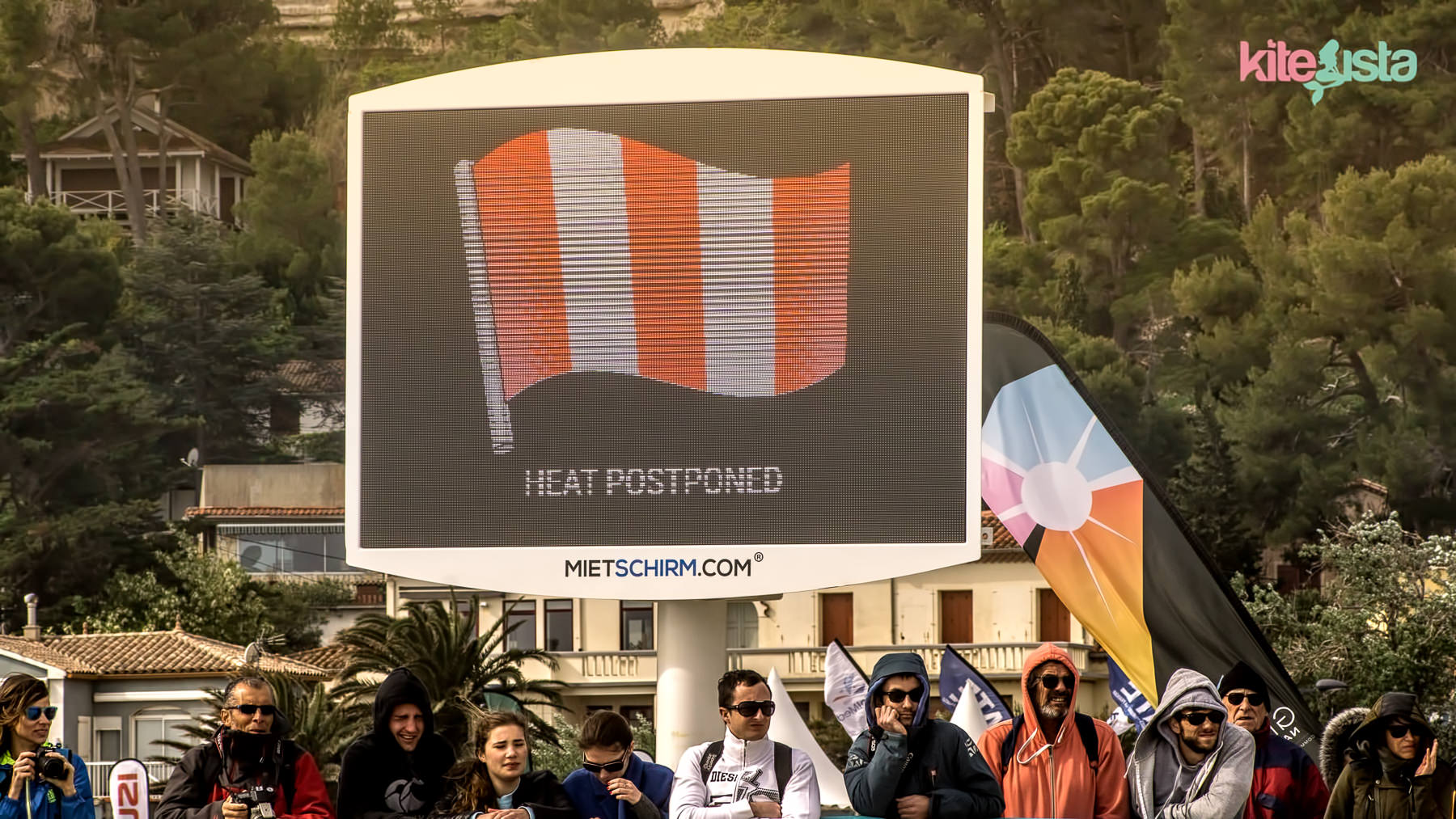 The first heat saw all of the girls really struggle against the strong morning winds but it was Annabel van Westerop who managed to land her s-bend to blind after ablind judge giving her a huge boost of confidence as the others struggled. She followed with a high scoring 313 and although she was not able to land a fourth trick it was enough to secure the victory before the last attempts.

Second place was a much closed affair coming down to the last few tricks and open to either of the remaining riders, but it was the Italian Francesca Bagnoli who after three crashes managed to pick herself up and land three solid tricks in a row to gain the edge over Hannah Whiteley and Maureen Castelle who just couldn’t get the tricks landed in the difficult conditions with Hannah just edging out Maureen for third. 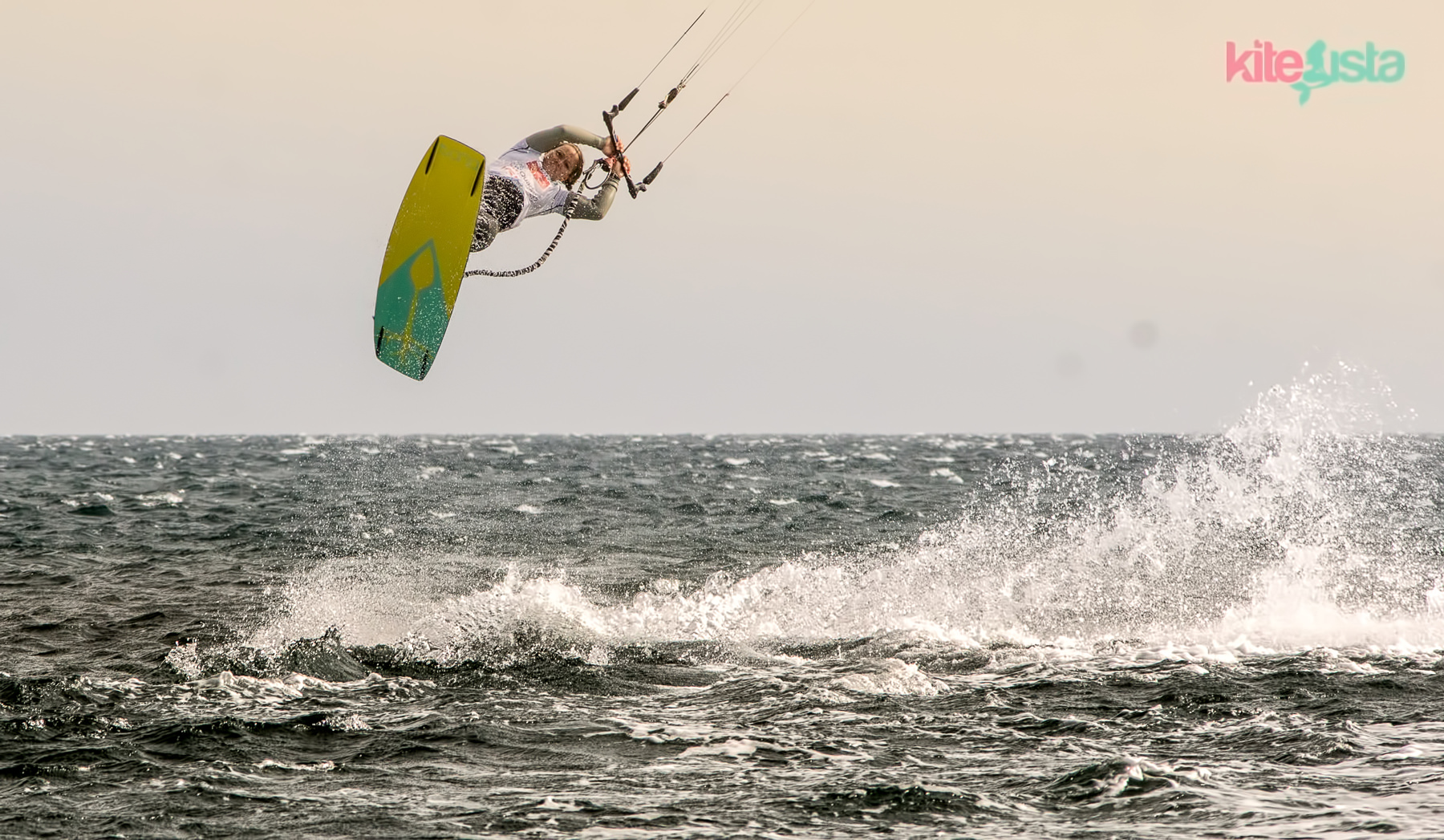 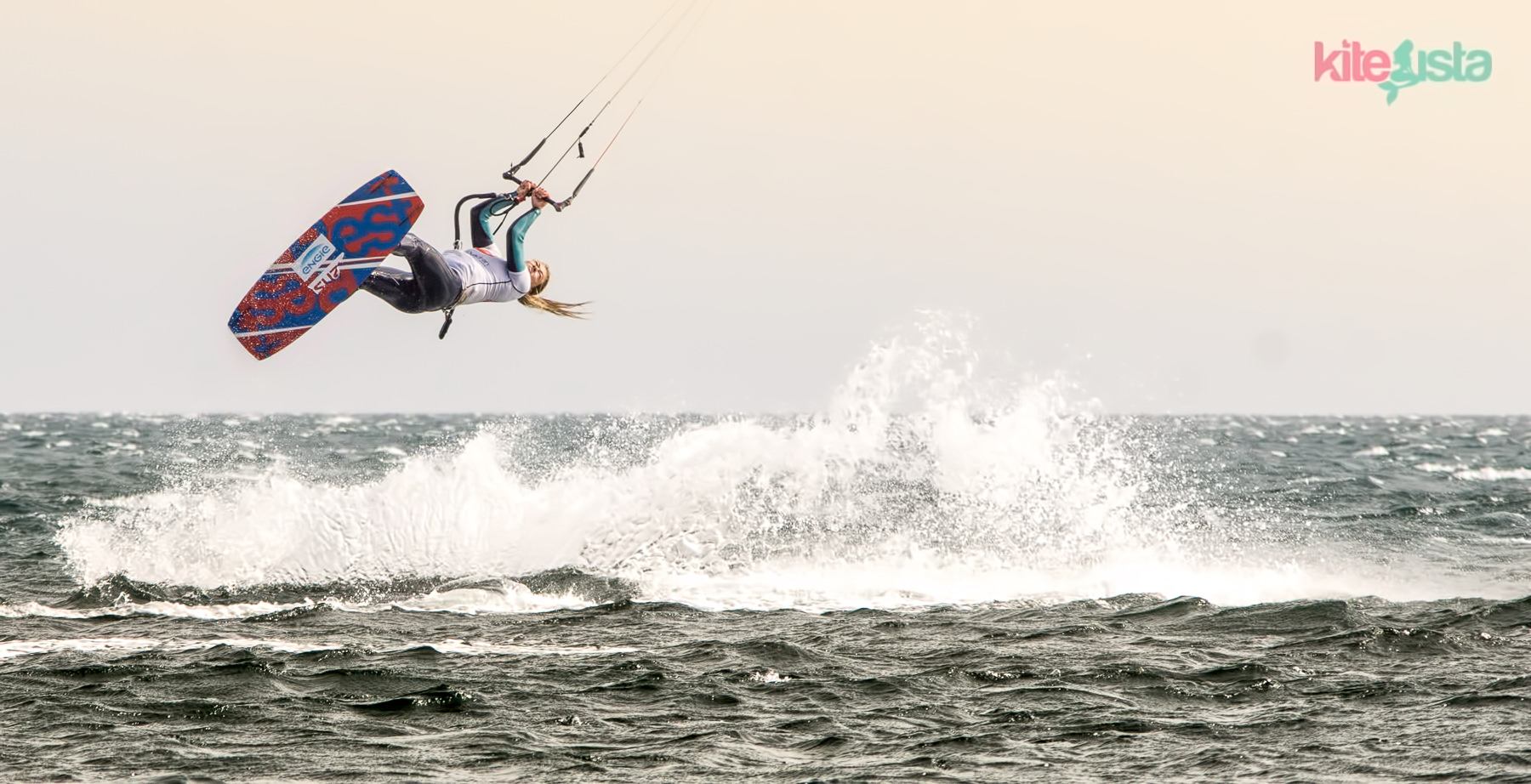 Hannah Whiteley going for her back mobe 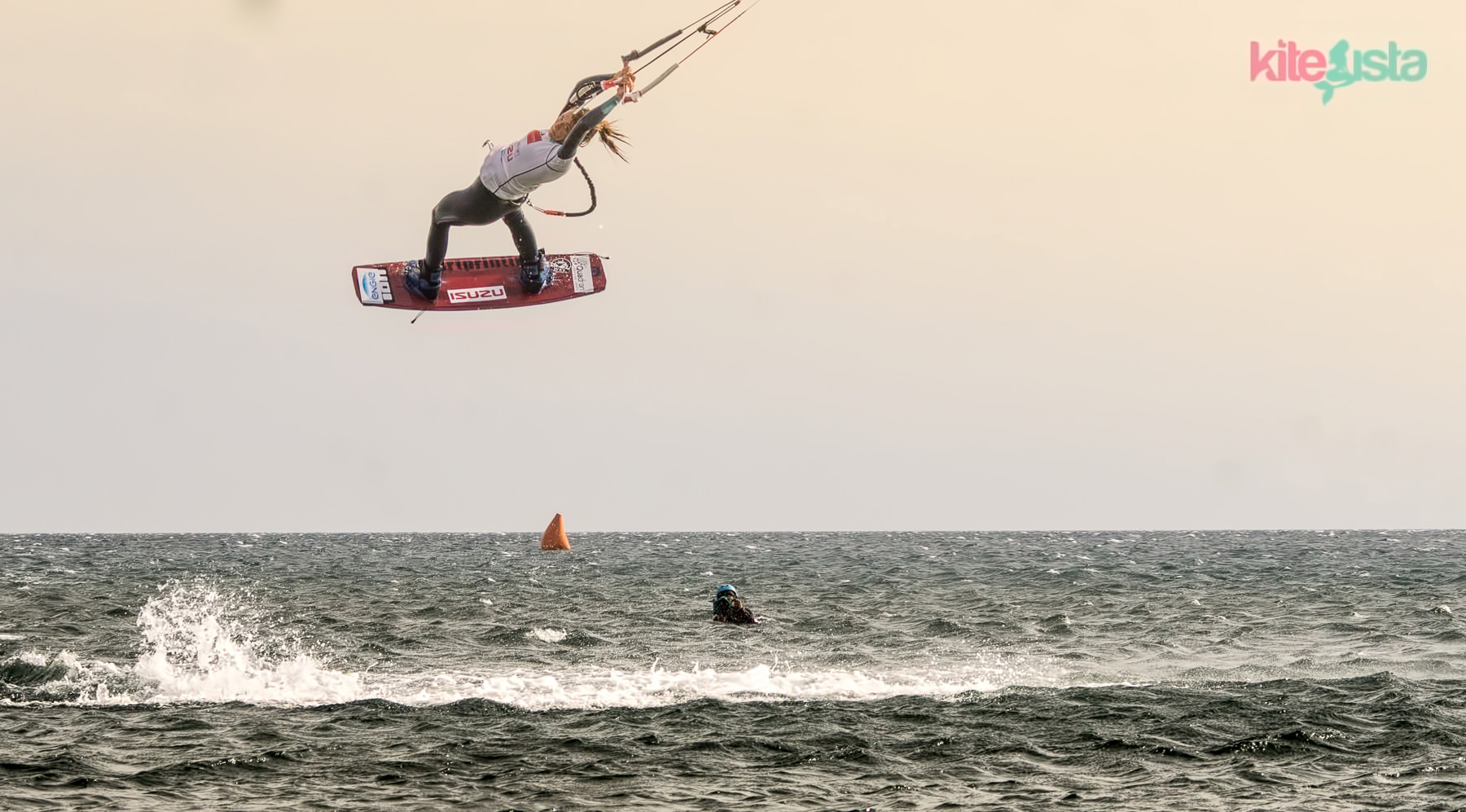 Francesca Bagnoli continues her march to the finals 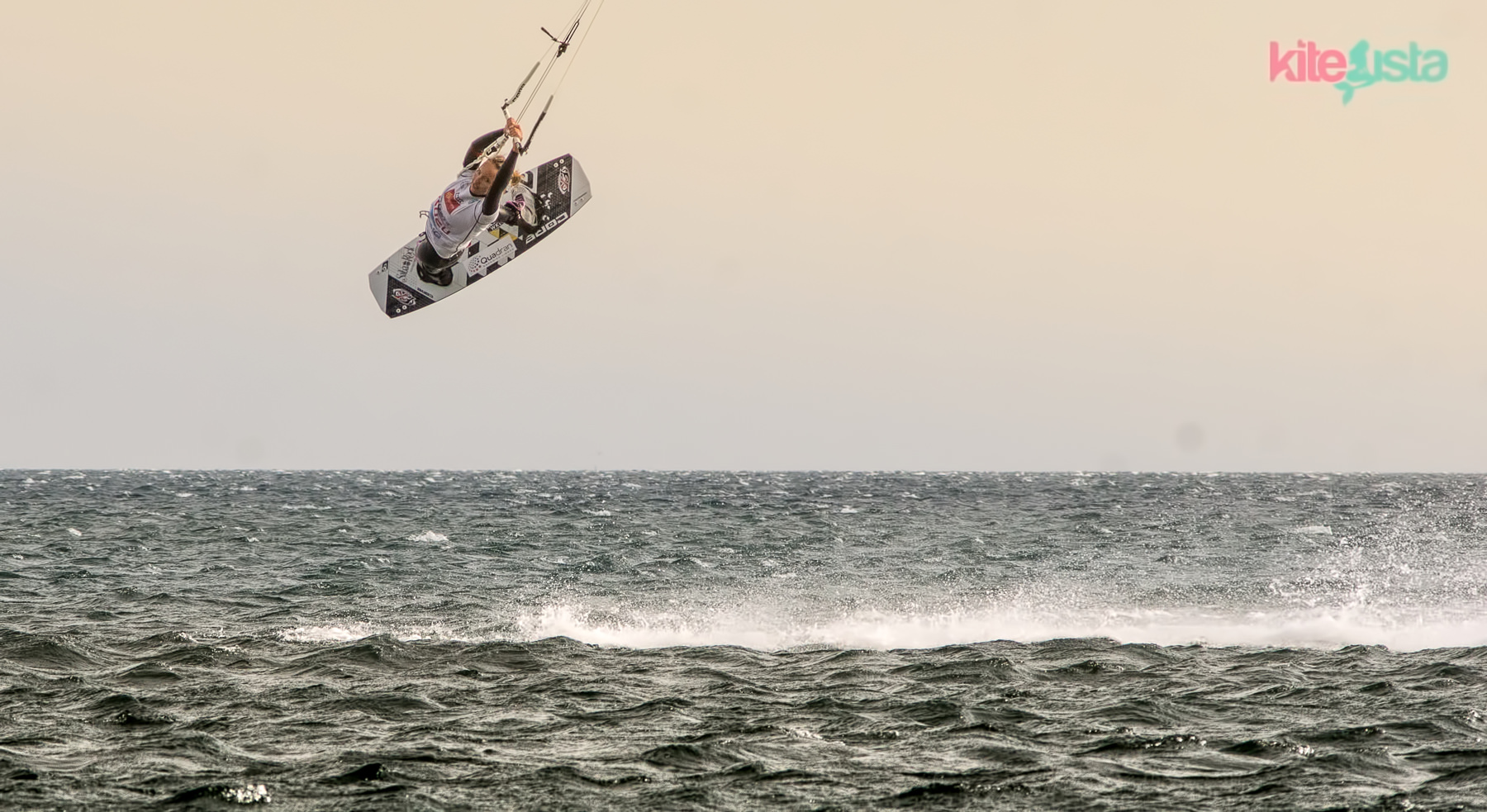 Annabel van Westerop calm and confident in the tough conditions 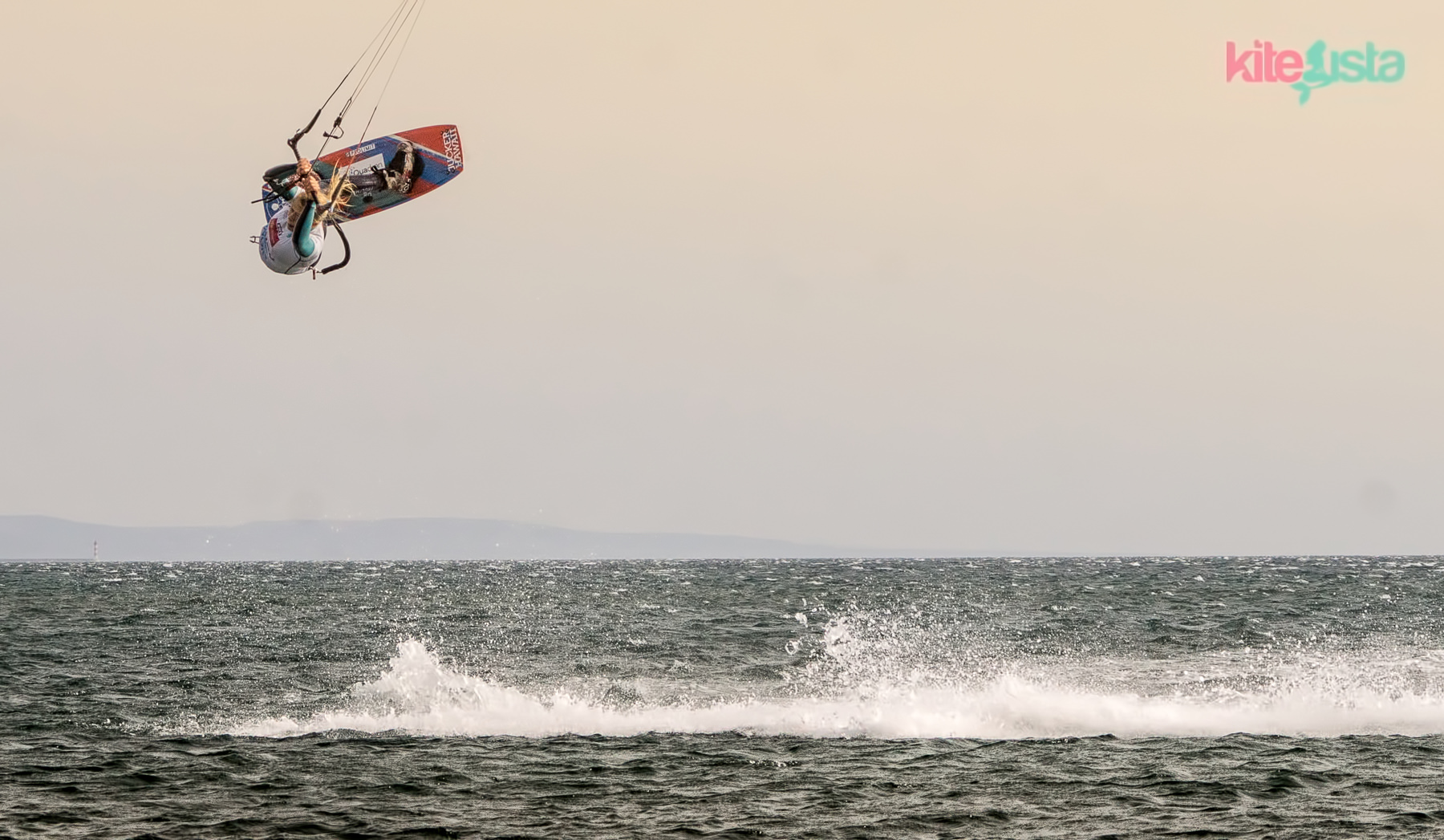 Hannah Whiteley getting some height 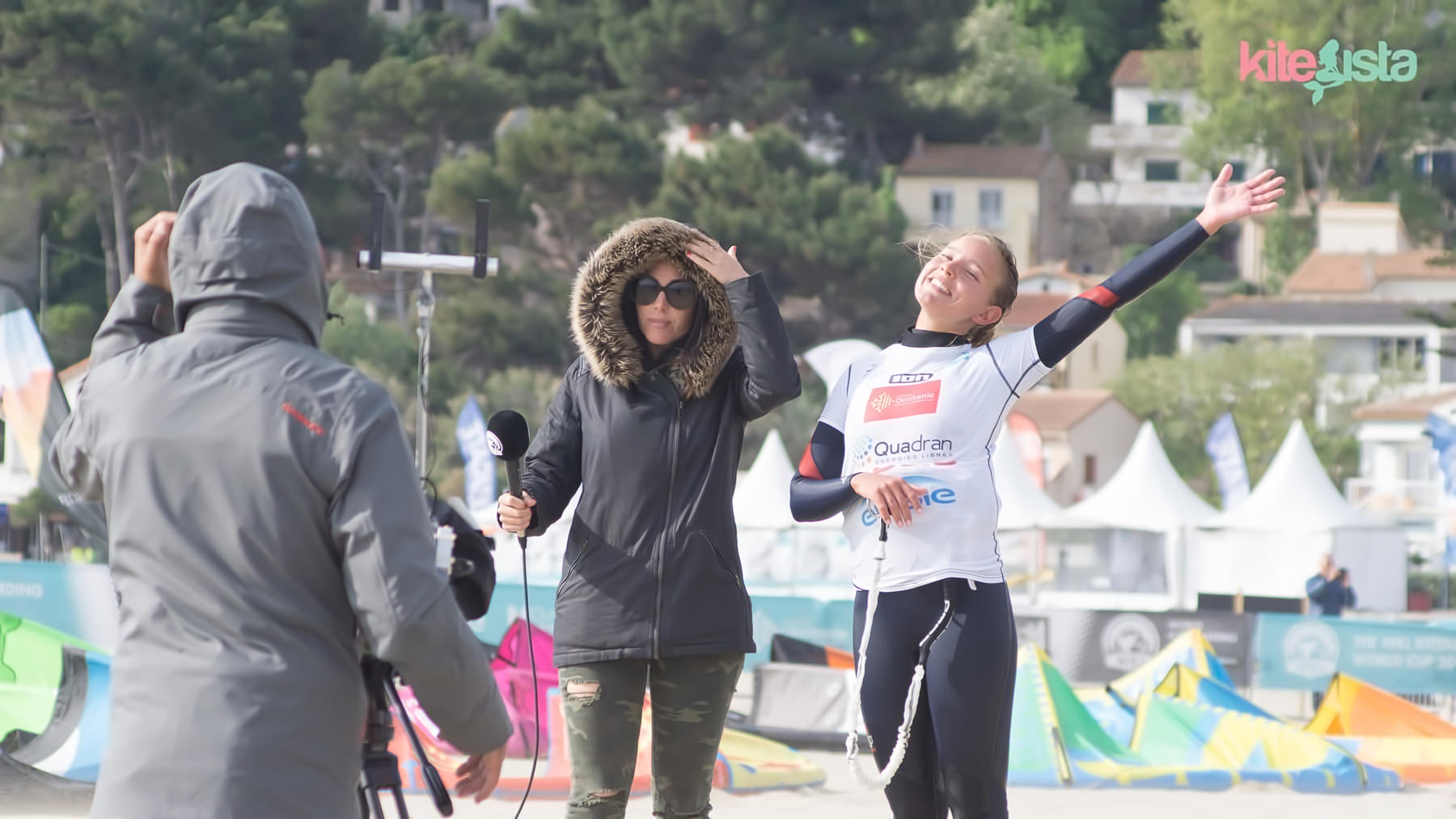 The sweet feeling of victory for Annabel van Westerop

The second heat saw Annelous Lammerts and Bruna Kajiya find themsevles against each other again and it went down to the last trick for the win which Bruna grabbed with a huge 8.4 scoring slim chance to seal first place. She is likely very relieved as Annelous rode a great heat and only had one crash meaning the girls will meet again in the final.

Paula Novotna did not get off to the best startt but then came back with a gutsy and big 8 point scoring s-bend to blind which she absolutely stomped in the strong winds and which bought her biefly back into contention, but she needed another strong last trick but a gust during her last attempt pulled her off balance and she was unable to complete the trick she wanted but managed to secure third and a joint 5th with Hannah Whiteley for the competition.

Rita Arnaus had a heat she would likely rather forget but she rode the strong winds with a smile on her face as the gusts threw her around and made completing her tricks almost impossible.
Not to be beaten she finished with a strong s-bend to blind to show the crowds that she more than deserved her place in the semis but it was not enough to improve her position. 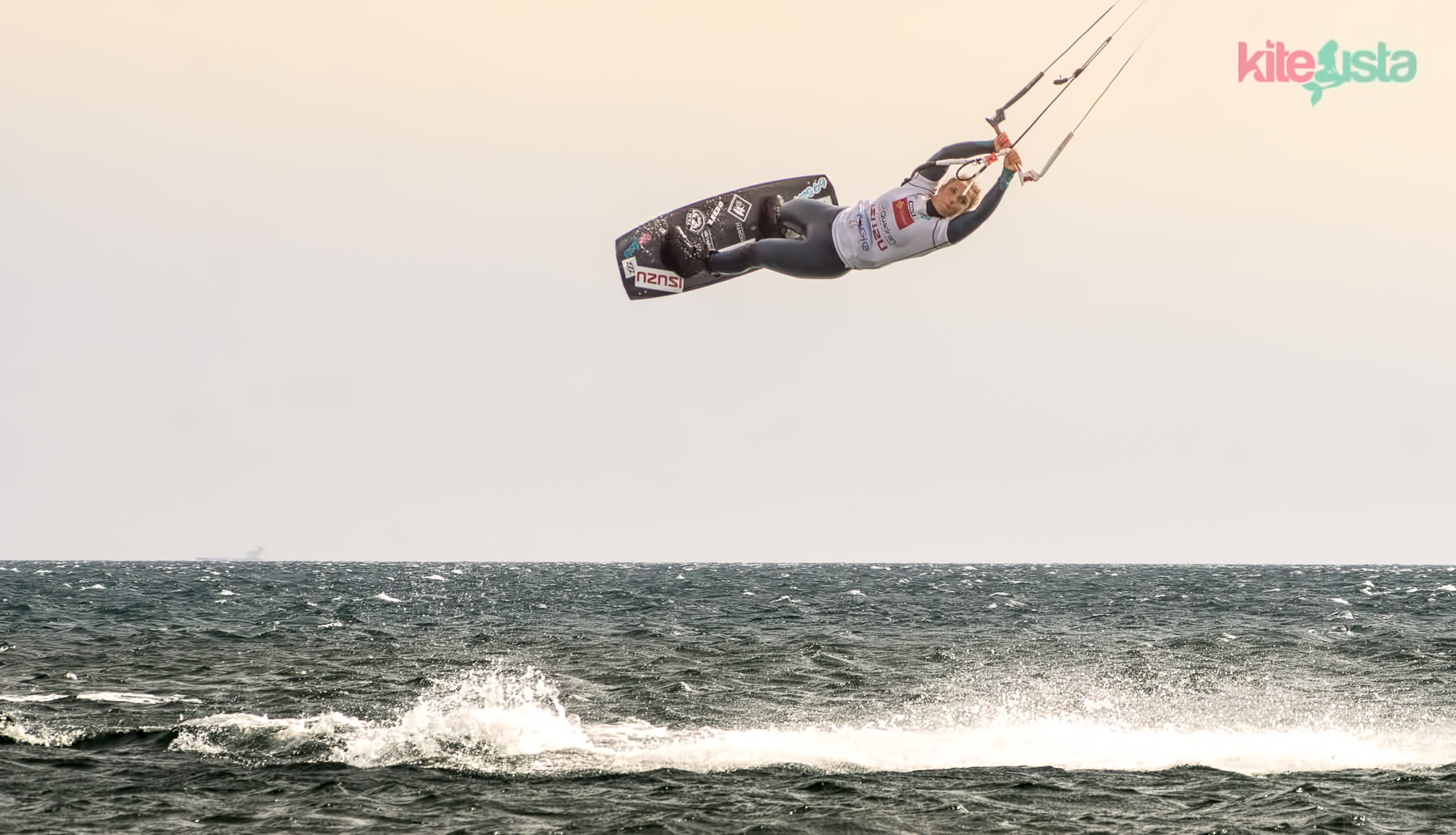 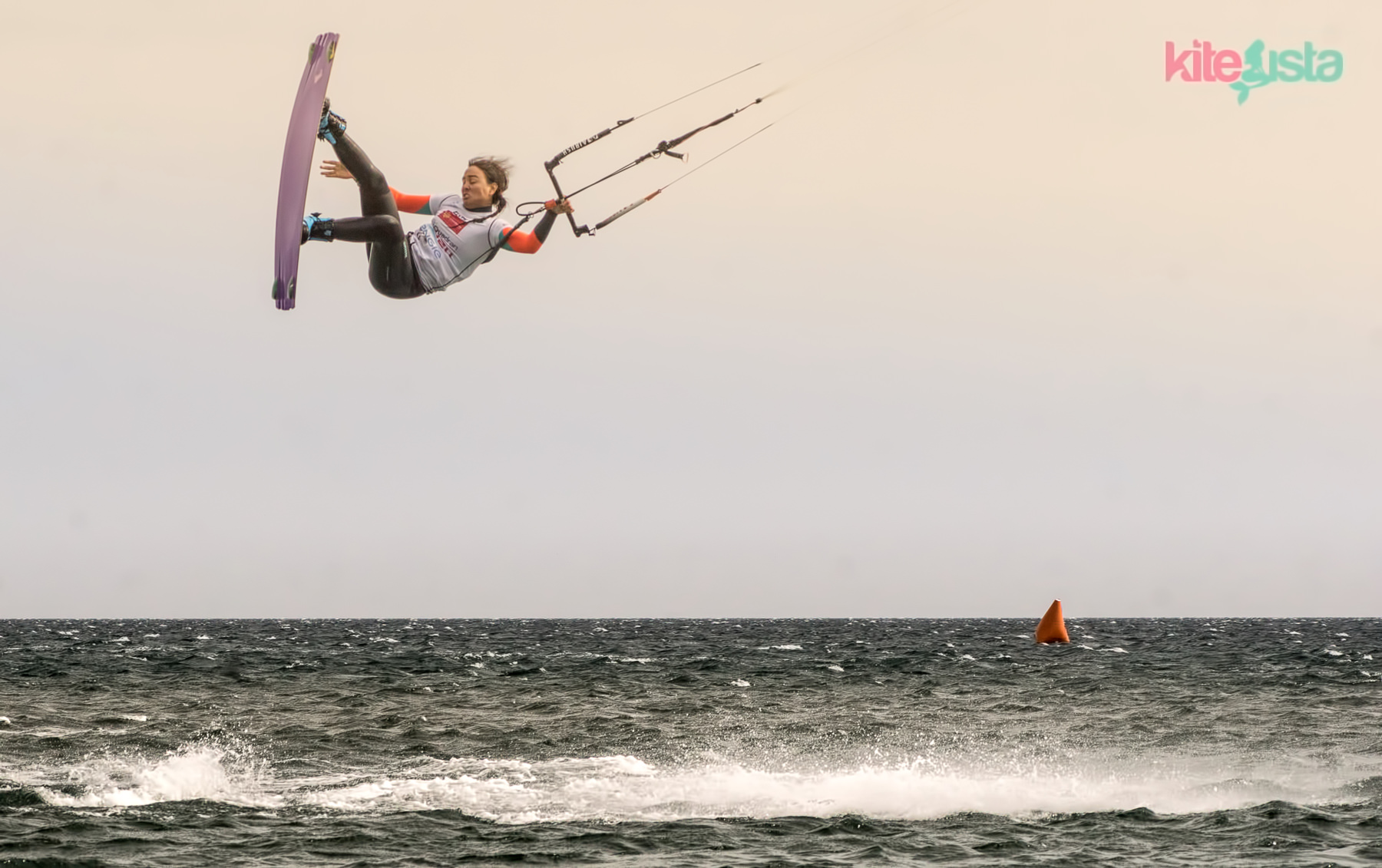 Bruna Kajiya having to work hard for the win 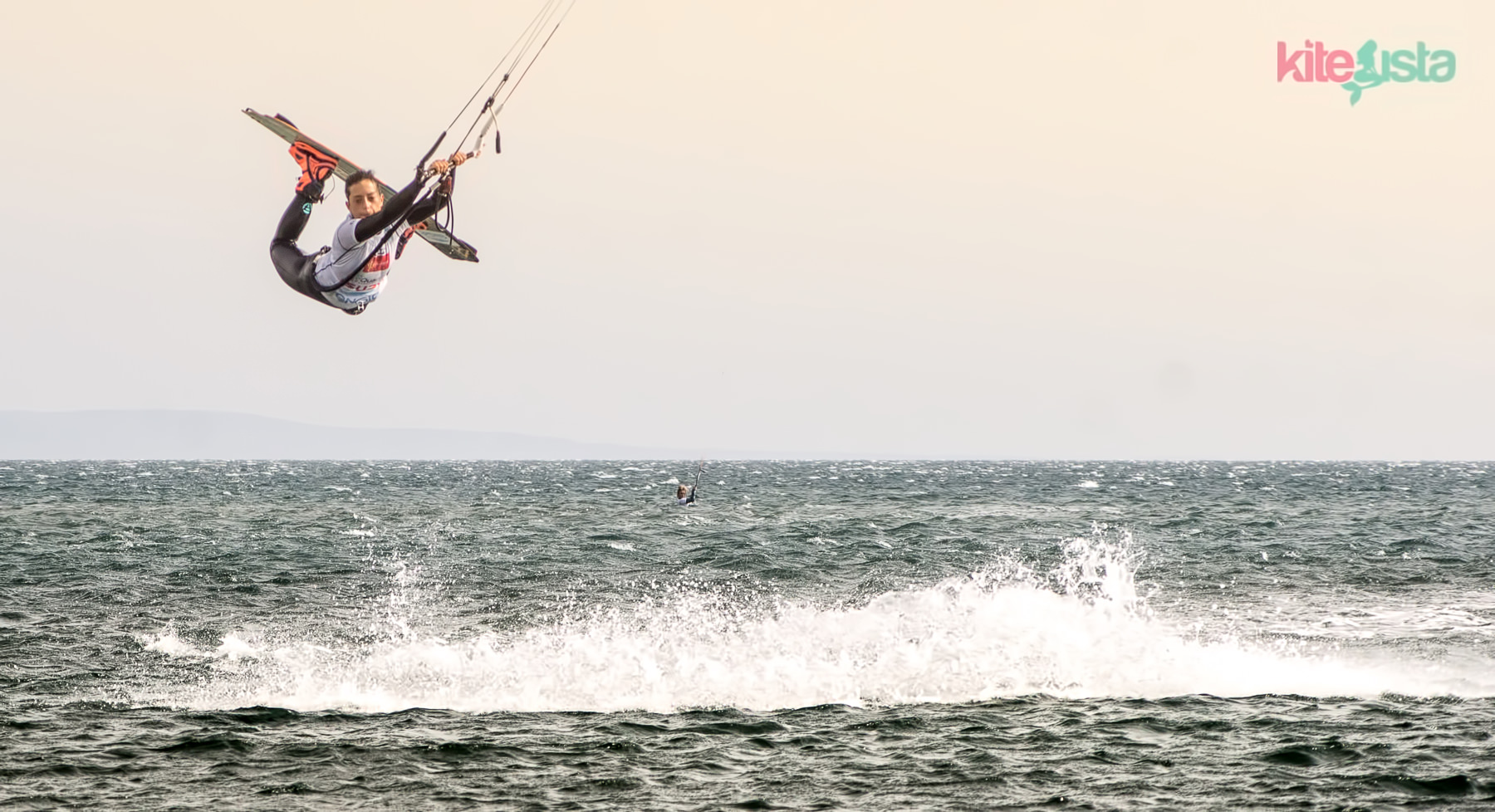 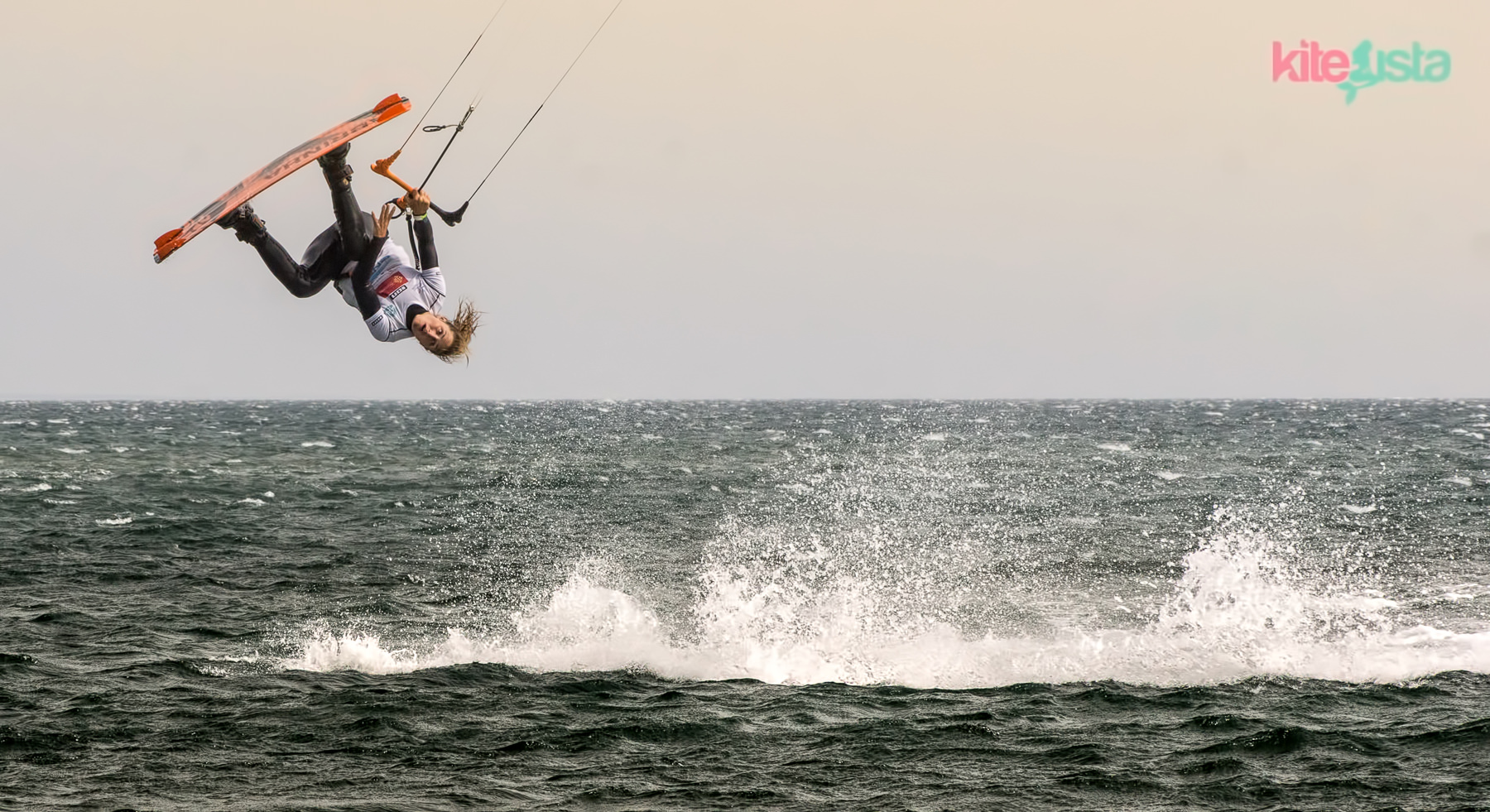 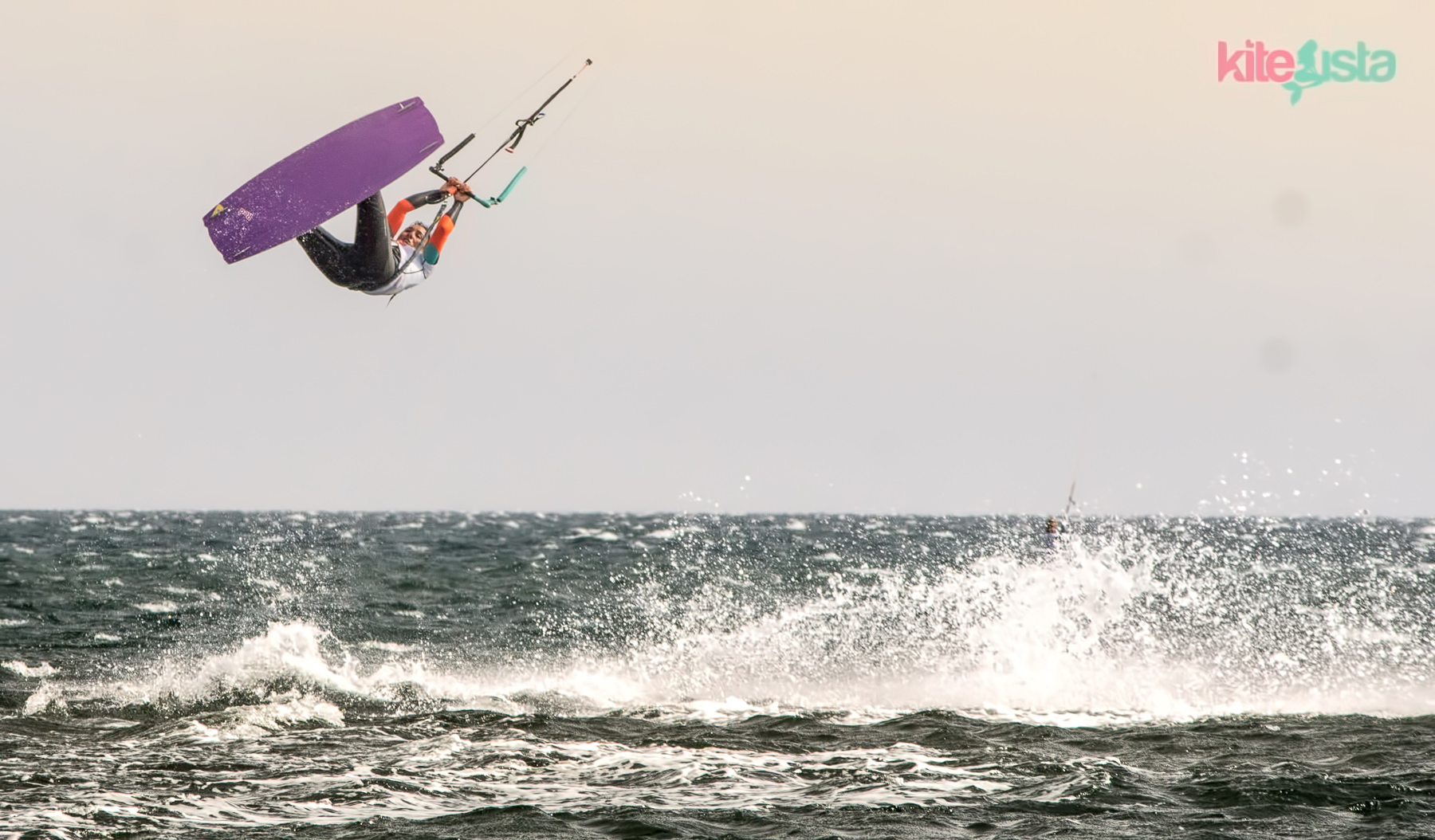 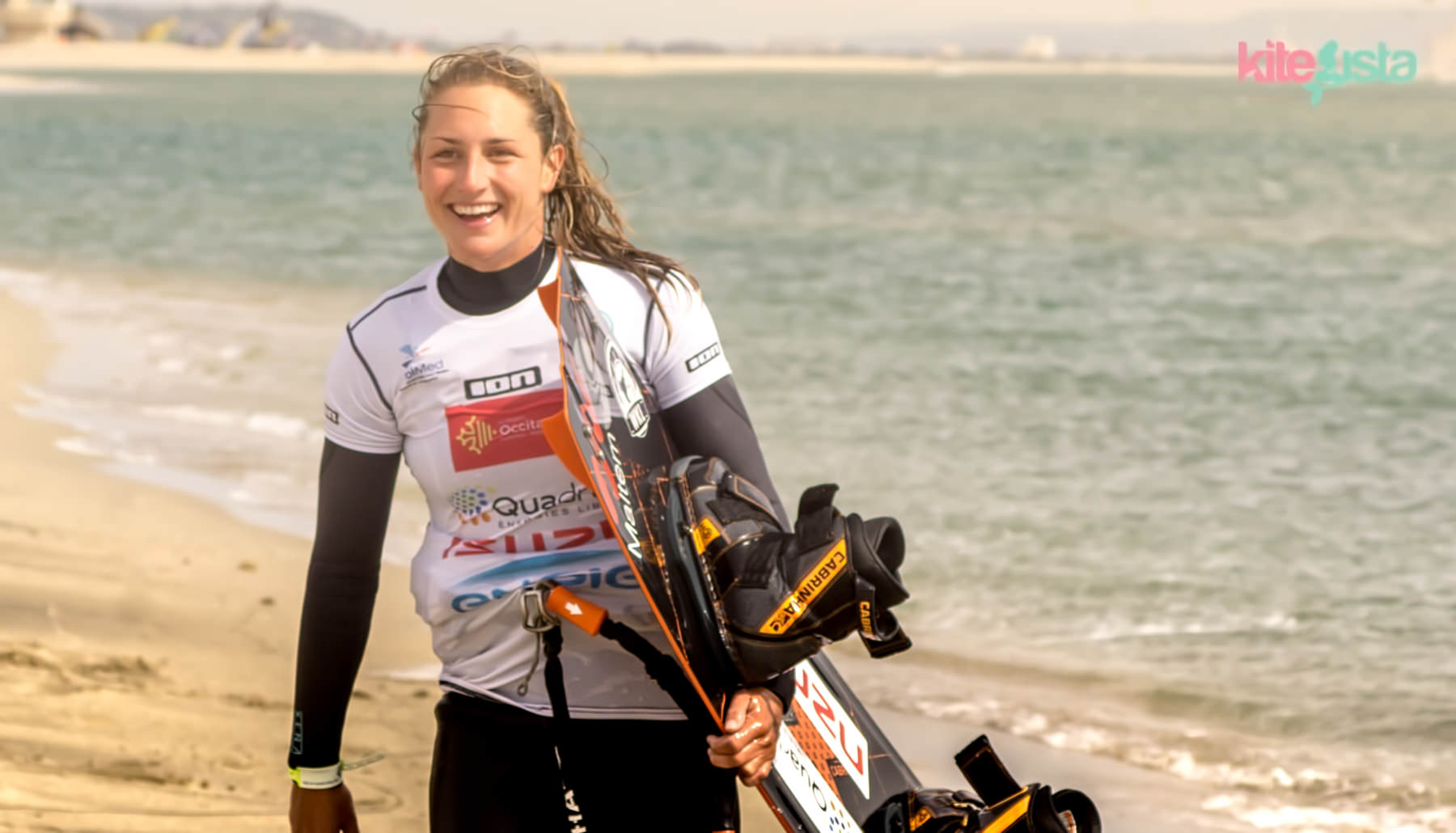 Annelous Lammerts stoked to find herself in the finals

The final will be run tomorrow on Sunday as we are guaranteed good winds all weekend and this afternoon we will switch over to some big air action.