Annelous Lammerts Talks About UNREAL and Travelling as a Couple

We talk exclusively to Annelous Lammerts about what it was like making her latest video ‘UNREAL’ and more importantly, how travelling as a couple has changed her life as a kiteboarder.

We have been big fans of both kitesurfing couples and Annelous Lammerts for quite some time. So when Annelous joined up with Alex Maes to become a kiteboarding couple, apart from cooing and awwing and then trying not to annoy them by doing this too much in front of them ….we kept our eyes open for what they were up to.

You would have to have been sleeping under a rock to have not seen Annelous finish her strongest season yet with a second place in Germany in both Freestyle and Slalom, …but you would have had to be standing on the beach to have noticed Alex constantly there by her side supporting her and being her caddy.

So when the two of them headed off to Brazil together to shoot a film, the results were always going to be just a bit UNREAL.

Now you have seen the video, it is time for us to talk exclusively to Annelous about what it was like making the video and more importantly, how travelling as a couple has changed her life as a kiteboarder.

How did you find your first major trip as a couple?

Annelous: Our first major kite trip as a couple was Unreal! We had so many priceless moments together and I think we are a great team. It’s so motivating to train with Alex and he is always looking at me and giving me tips for the new tricks I’m trying. 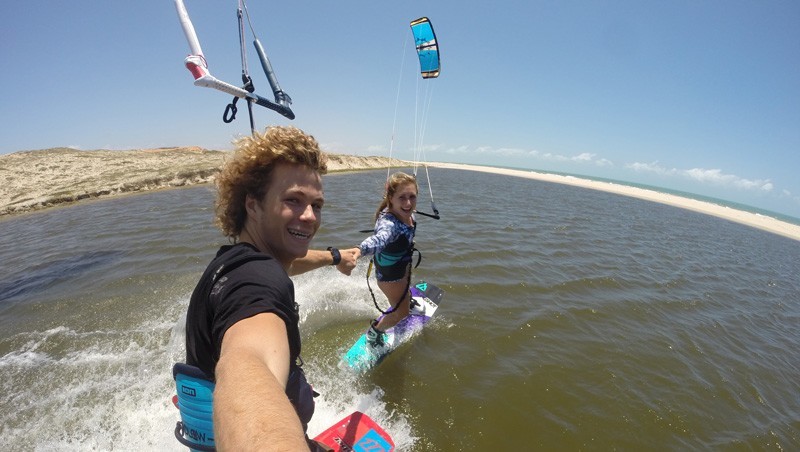 What are the biggest changes when from traveling alone?

Annelous: The biggest changes for me from traveling alone is that now I can share all the moments. Over the past years I met a lot of people and I have been traveling with good friends and some sharing really nice moments, but there were also times that everyone had different plans. Being able to always travel together and to share everything, from the best kite sessions to just walking around a new place, is so good.

Alex and me have the same goals and mindset, so we really understand each other. I’ve been sharing my best and most fun sessions with Alex and when we need a break from the water we go out and do some different things. It’s really amazing to have someone to lean on and that will always listen when you need someone to talk to. 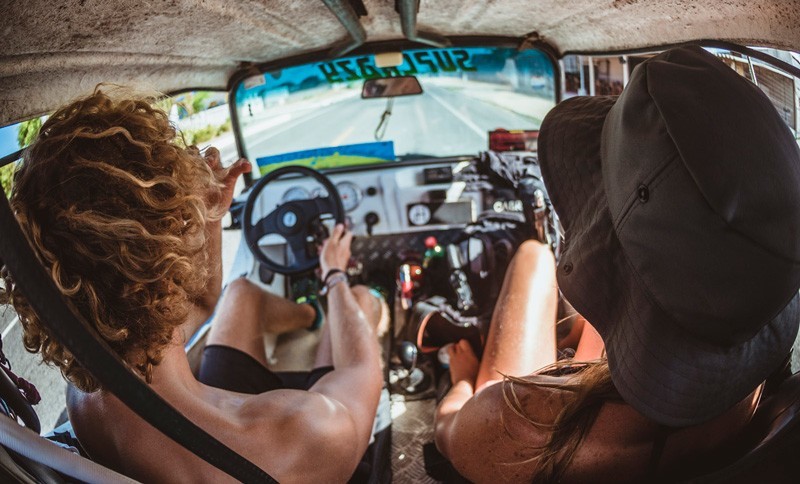 Was it tough to balance the time of filming between having fun and rinding for yourselves?

Annelous: It was not really tough to balance the time of filming between riding for ourselves and having fun. The first weeks we were in Uruau and we really focused on training and learning new tricks. Sometimes we would film each other to do video analyzing and the talented Laci Kobulsky from Pro Kite Brazil was filming us as well so we could really focus on our progression.

At the Kitemansion in Icapui we built a kicker and two sliders and there we had a bit more pressure for filming since it was really hard to have the good conditions for hitting the obstacles. We needed low tide and enough, onshore wind and when these things would come together we would only have half an hour. It was a bit hard, since we didn’t have time to train. We would immediately start filming when the condition were good because we were not sure when we were going to have the possibility to hit the park again.

The first week in Cumbuco it was so nice to freestyle again and we were enjoying every minute on the water. The last week we were a bit unlucky with the wind so we had to put a lot of effort to get the last shots, but in the end we managed to do most that we wanted. The last week in Cumbuco we worked with Roger Wanke, so we could ride together which was so good. Normally we would be filming each other and since the wind sometimes died in the afternoon, one of us would miss a session. We learned a lot from this trip and I can’t wait to start working on a new video. 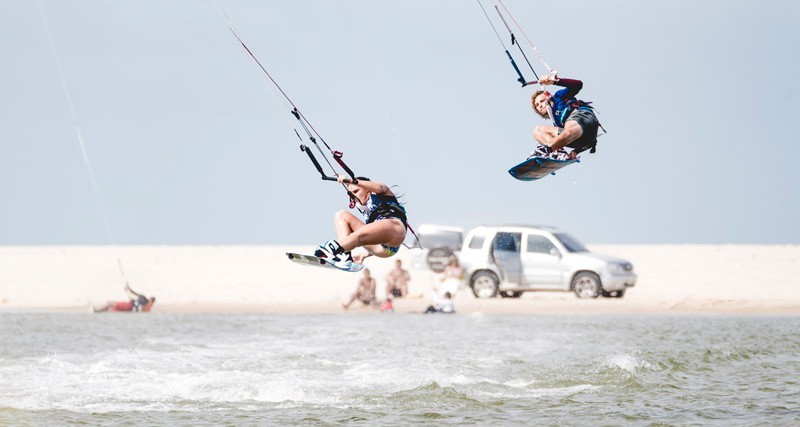 We saw a FB post about Alex editing for 18 hours (we are pretty sure he was exaggerating for social media but we got the point) … were you happy to trust him with that part or did you also have a hand in the edit?

Annelous: There was not much exaggeration in the post from Alex about editing for 18 hours straight. We only had a few days at home, so of course the first thing we did was visit our family and friends after being away for 3 months and before leaving for another 2 months.

We wanted to do the edit together and to post it before we were heading for our new adventures, so there was a lot of time pressure. We started editing and continued until 7 o’clock in the next morning, then we slept four hours (until 11) to continue again.

When we went to pick up my new Fuels at the Slingshot Benelux headquarters we took the laptop in the car to continue editing. When we were finally done I could pack my bags for Cape Town and Kenya in the night and at 4am my mom took me to the airport.

I barely remember anything from the flight to Cape Town since I was so knocked out and when I arrived at the hotel it was no problem to continue sleeping. 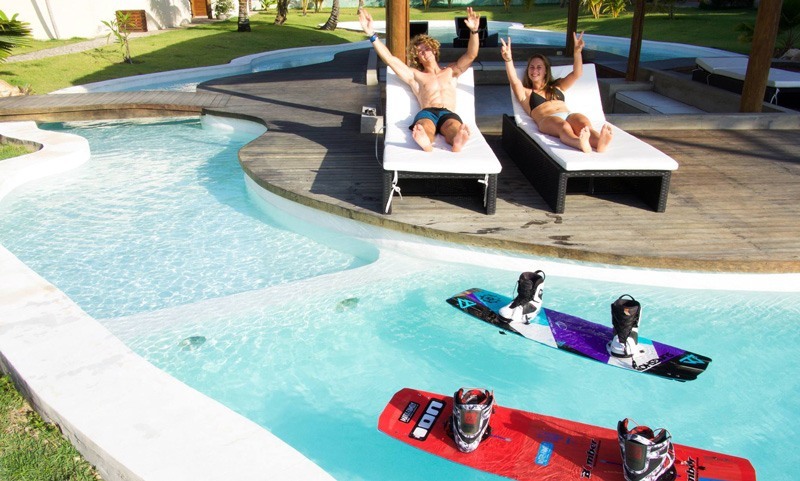 We see Alex is in Kenya, what are your plans for the winter season?

Annelous: Alex left to Kenya on the 15th and I will join him tomorrow night. Ten days ago I went to Cape Town to shoot all the new RDP Brunotti products for coming season and today we are wrapping up the shoot.

Tomorrow I fly from here to Kenya where Alex and me will be giving coaching for the kiters that want to push their riding. The spot Diani Beach is amazing so in our free time we will be training to learn some more new tricks.

We are going to stay there until the 17th of February, so if you want to join us in paradise, don’t hesitate to email me at [email protected] for some more information!

Thank you for taking the time to talk to us Annelous and we wish you all the best during your time in Kenya.

If anyone wants to get coached by Annelous then don’t forget you can email her directly to her address above for more information or follow her on her Facebook page.