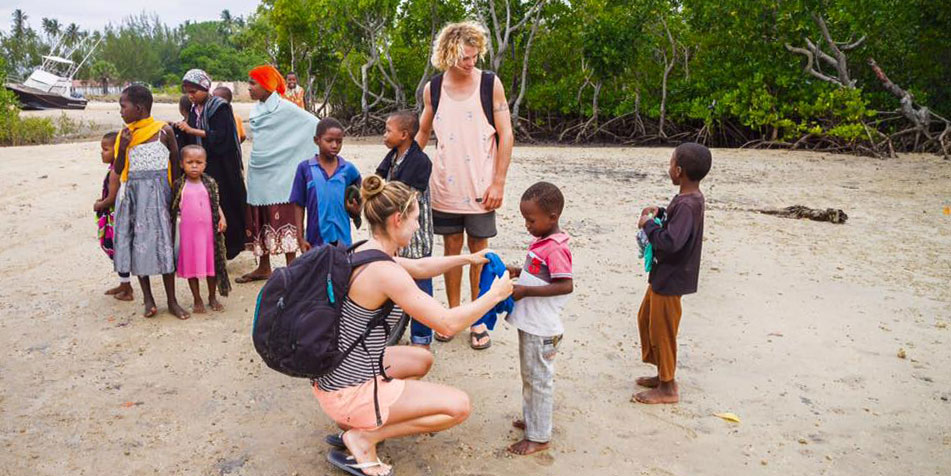 Behind the Scenes of SERENDIPITY with Annelous Lammerts

We talk to Annelous Lammerts about the inspirations and motivations behind SERENDIPITY, her most recent kite video that contains more than just slick moves on the water.

With the release this week of SERENDIPITY by Annelous Lammerts and Alex Maes we were gifted with a kite video that contained more than just slick moves on the water, …because it also held a human factor to the video.

As the young couple explored Kenya they did their best to give a little back to the communities in which they found themselves through volunteering and charity.

So we decided to find out a little more about the motivations behind the video and trip from the lady herself, Annelous Lammerts.

Before we talk to Annelous you can have a quick look at the video if you have not already seen it.

How did the two of you end up in Kenya?

Alex and his family have a kiteshop, Matos, and they have been organizing kite trips to Kenya since 5 years. So far, not that many riders have been going there to train but after hearing the great stories from Alex and seeing the pictures the decision to go was not difficult. 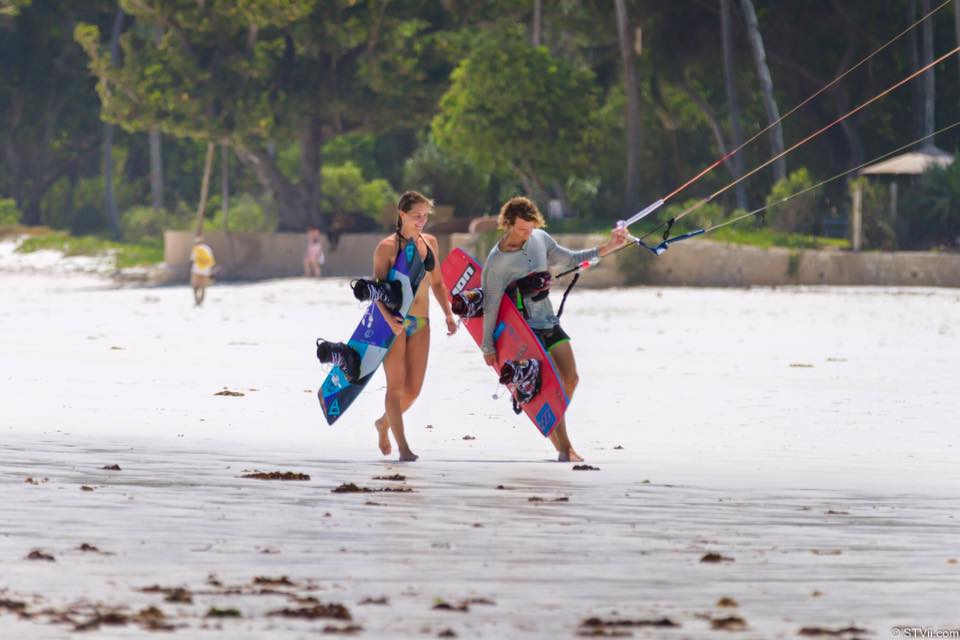 What were your first impressions of the Swahlli culture and people?

We love travelling and seeing new cultures and of course Kenya is a totally different culture than what we are used to. We think the Swahili people are one of the most friendly people even though most of them don’t have much.

How did this trip and video evolve to become so much more than just another kiting trip?

We went there with the same input as other trips, train, make some action pictures and make a short video. In total we stayed for two months and after we saw the amazing wildlife and we met the amazing people we wanted to show that. An example of an amazing person is the owner from the school that we supported with Kite for Kids. He has almost no money him self, but he does everything he cans to offer the poorest kids a place, food and an education. That really touched us and that is what we wanted to show. 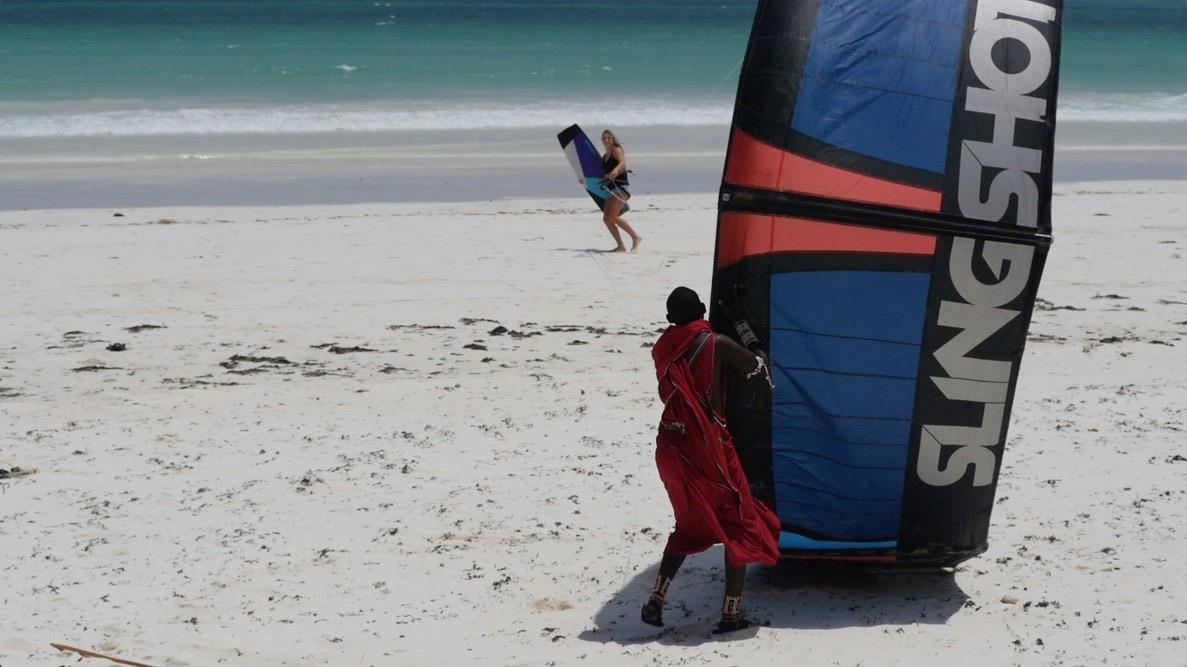 Can you tell us a little bit more about your Kite for Kids initiative?

We visit so many amazing places but at the same time there is a lot of poverty in many countries where we go. All those places give us so much so we wanted to do something back. We already had the idea for Kite for Kids for some time and we decided to start in Kenya. The first step is everywhere we go to kite we take clothes to give away to the kids. In Kenya we also raised money to buy books, pens, notebooks, balls, jumping ropes and more toys to support the orphan school the “Sunrise School”. Next year we want to help to built an extra classroom and will take powerkites to take the kids for there first kite experience to enjoy a nice day on the beach.

So where are you going next?

We are now at Amsterdam Schiphol waiting for our flight that leaves in 2 hours. We are going to the wakeboard cable CWC in the Philippines to train on the obstacles since we want to ride better on obstacles with our kite. Our goal is to make it to the triple S this year. 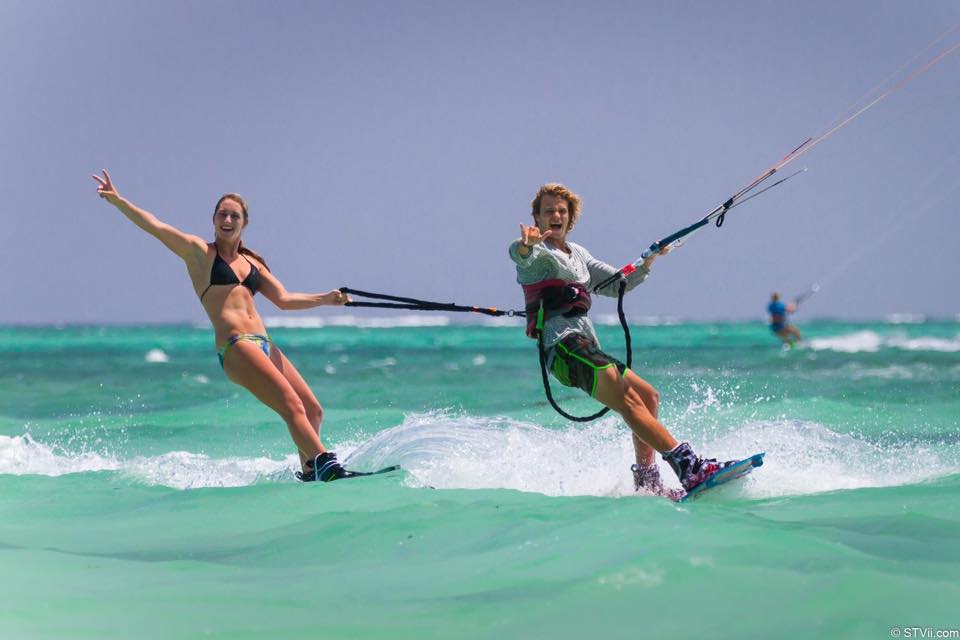 We hear you and Alex are planning a wedding. Will there be kites on the honeymoon?

Since we both love kiting more than anything we will for sure take them so if we have some time left we can go for a session ;) 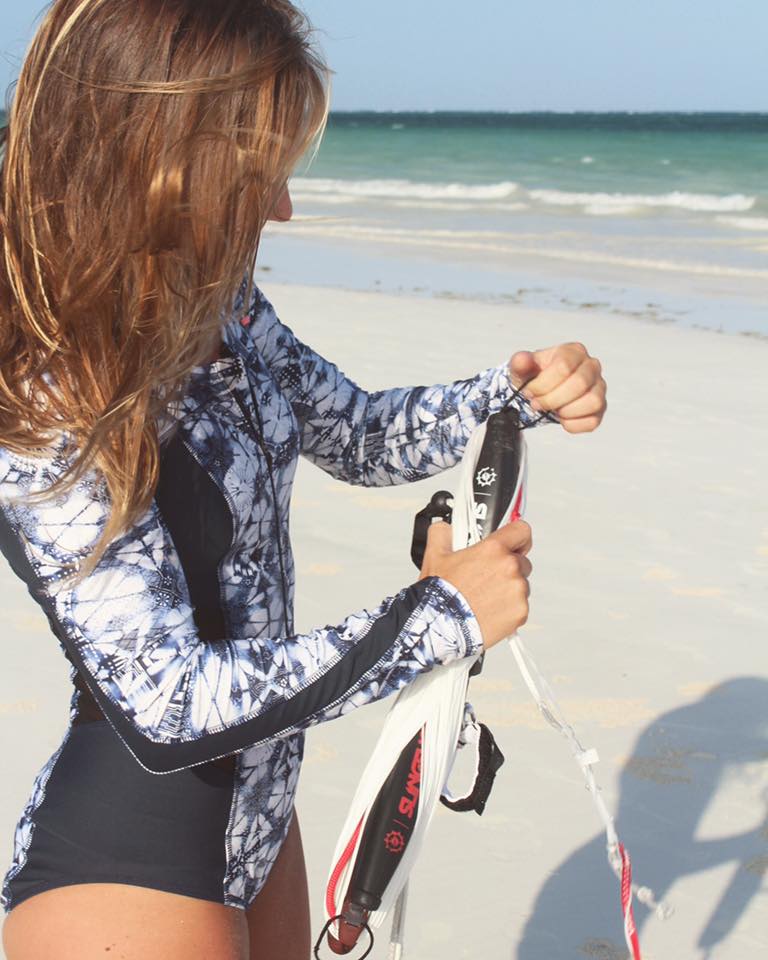