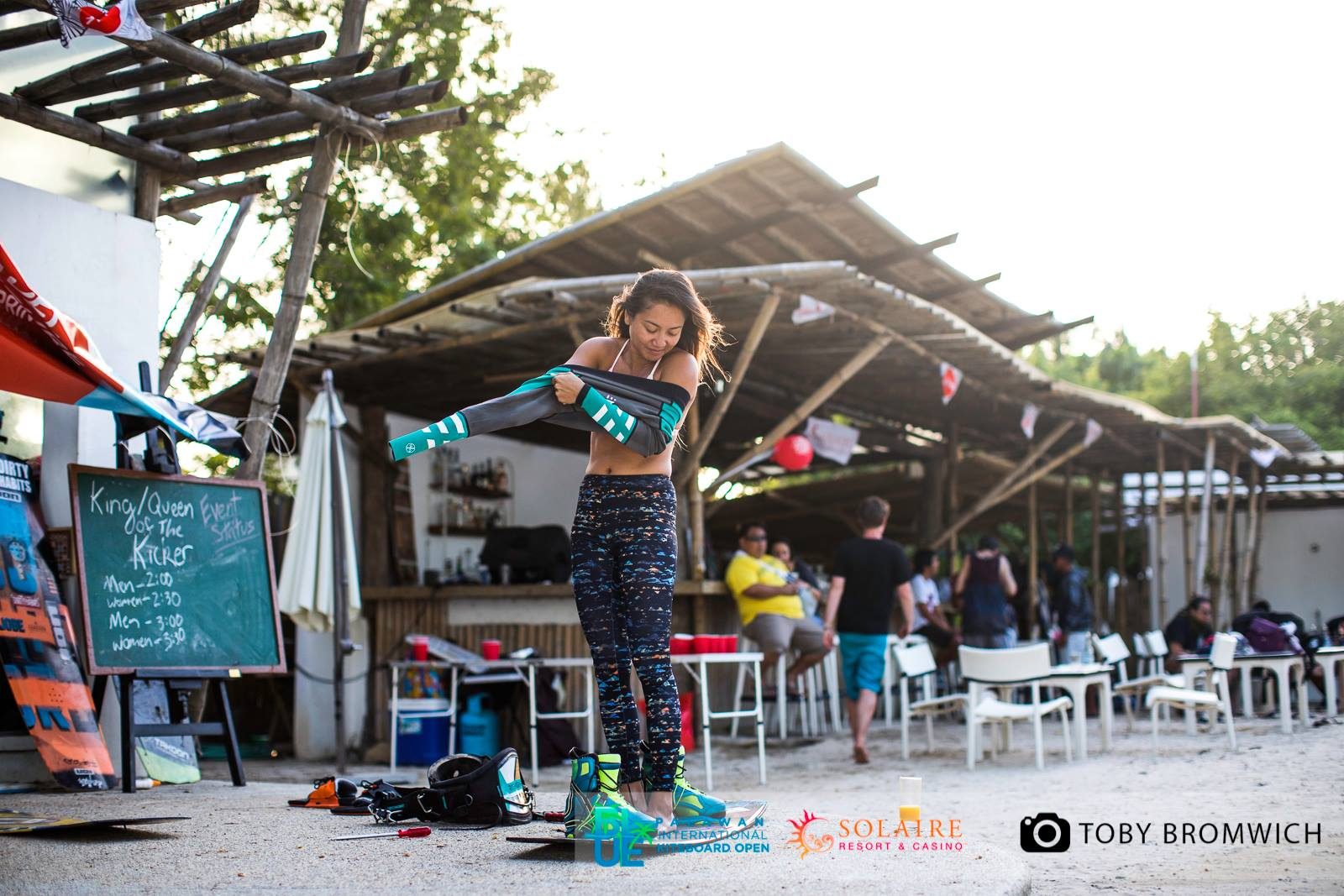 We might not have the final results in yet, but here is the latest run down from what went on with the ladies at the Blue Palawan in the words of Sensi Graves.

As KiteSista’s know, the park scene is still a small, yet growing niche. Case-in-point, this year at the Blue Palawan Open, six women showed up to compete, compared with the 13 riders we had last year. Despite lower numbers than the male competitors, the level of female park-riding has grown immensely in the last 12 months. After the semi-final round, it was clear that everyone was going to have to work hard to make it on the podium. 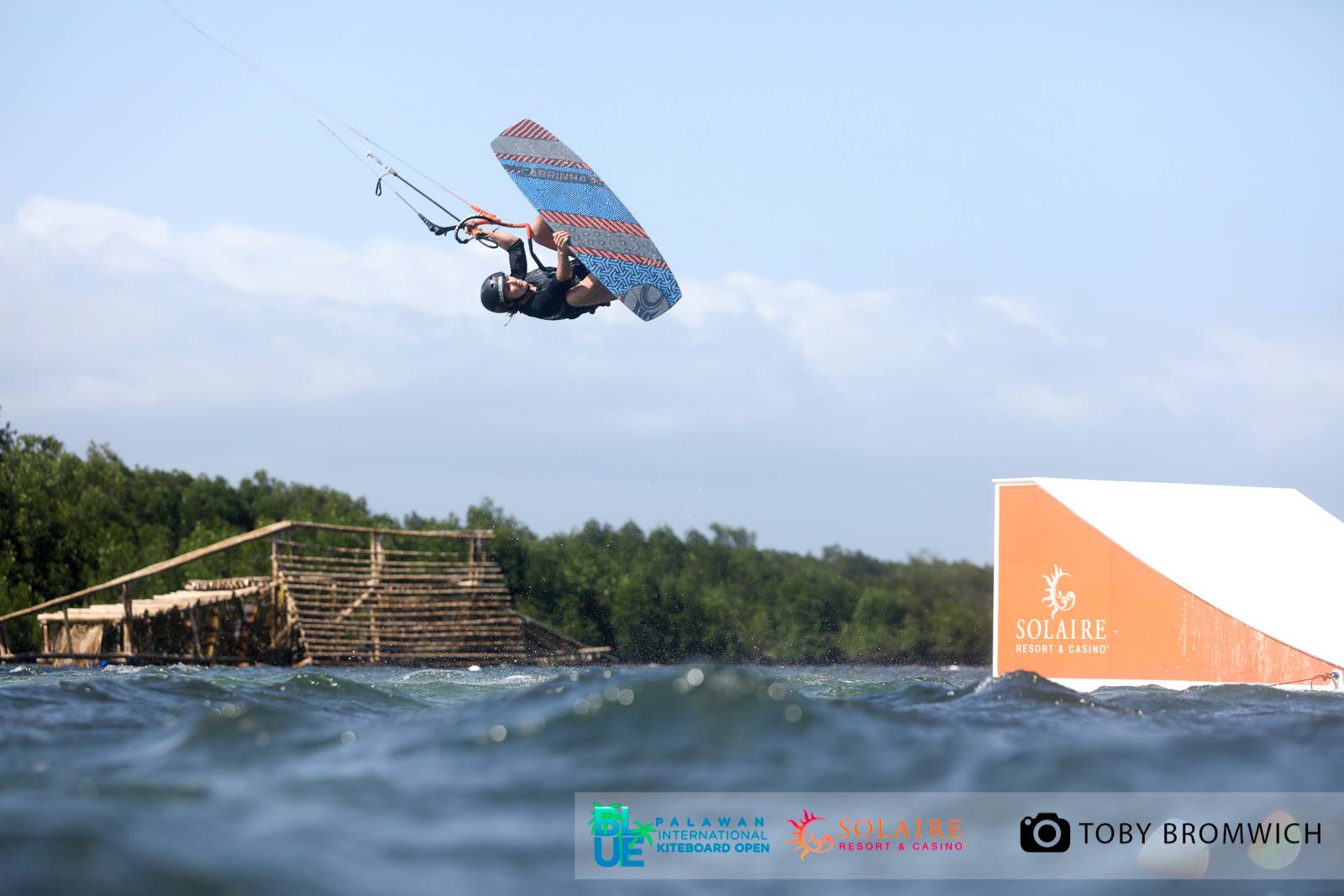 After the semi-final round, Annelous Lammerts was in first place with her toe back 540 and solid rail hits putting her 5 points above second place. Isabel Von Zastrow, a new-comer to the KPL scene, showed control and poise and had two of the highest scoring rail hits of the day, putting her in second with a score of 18.5. Colleen Carroll was right behind with 18.3 followed by Sensi Graves with a 16.6, Manuela Jungo with 14.5 and Victoria Soloveykina with 13.5.

The day following the semi’s, we ran the ladies’ final. Conditions started out strong from the get go and we soon found ourselves pumping up 10 and 11 meter kites (quite a few meters smaller than what we rode in the finals last year!). Because it was the “finals”, we ran through all four features in one-go with no break or stopping period in between. 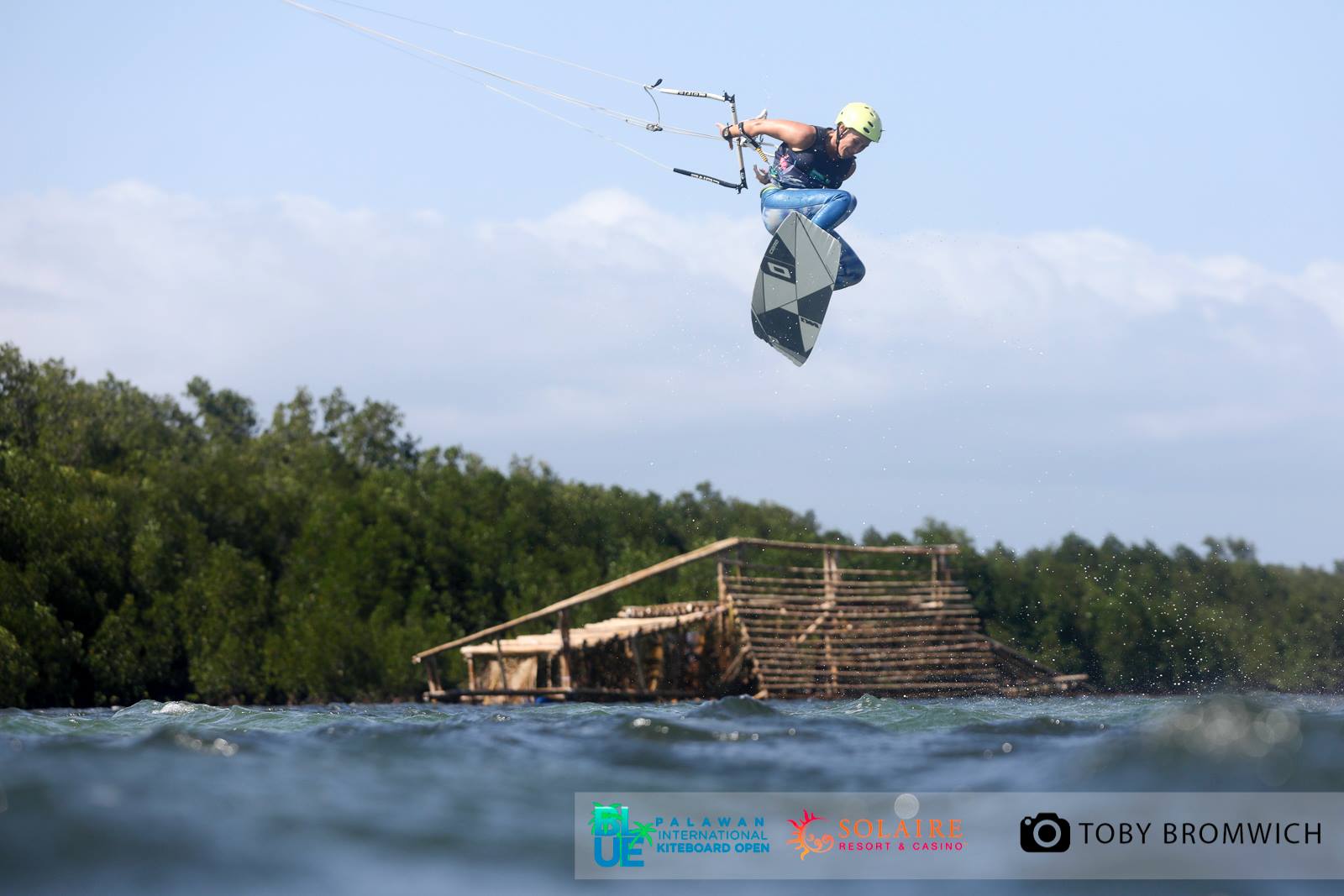 The ladies started on the left-foot forward roof top rail. Coming into the rail with power and speed, Issy did a front 90 on to front 180 to front board to back 270 off laying down the standard for the rest of us.

Next up was the right foot forward kicker. Manuela threw down a clean backside 360. Annelous did a toe-side front side 540 and Victoria wowed the crowd by throwing a massive front side 540 scoring one of the highest points on that kicker.

Immediately following the kicker, we tacked back upwind to the North fun box. The highest scoring hit on that feature was from Sensi Graves who transferred to the ledge with a front 180 and did a back 180 pass off.

And last but not least, riders ended on the left foot forward kicker. Colleen Carroll took the top spot this time with a big mute grab front 360. Three out of the six women threw front 540’s, showing how far the skill set on the women’s side has come.

Despite the lower number of female competitors, the level of riding between all of the ladies was extremely close, with minor differences in style, consistency and technicality. At the end of the day it was…well you’ll just have to wait for the announcement! We’ve wrapped the contest and all that’s left is the awards party and to celebrate the windy 10-day stretch we had!

We hope to see you here next year KiteSistas! 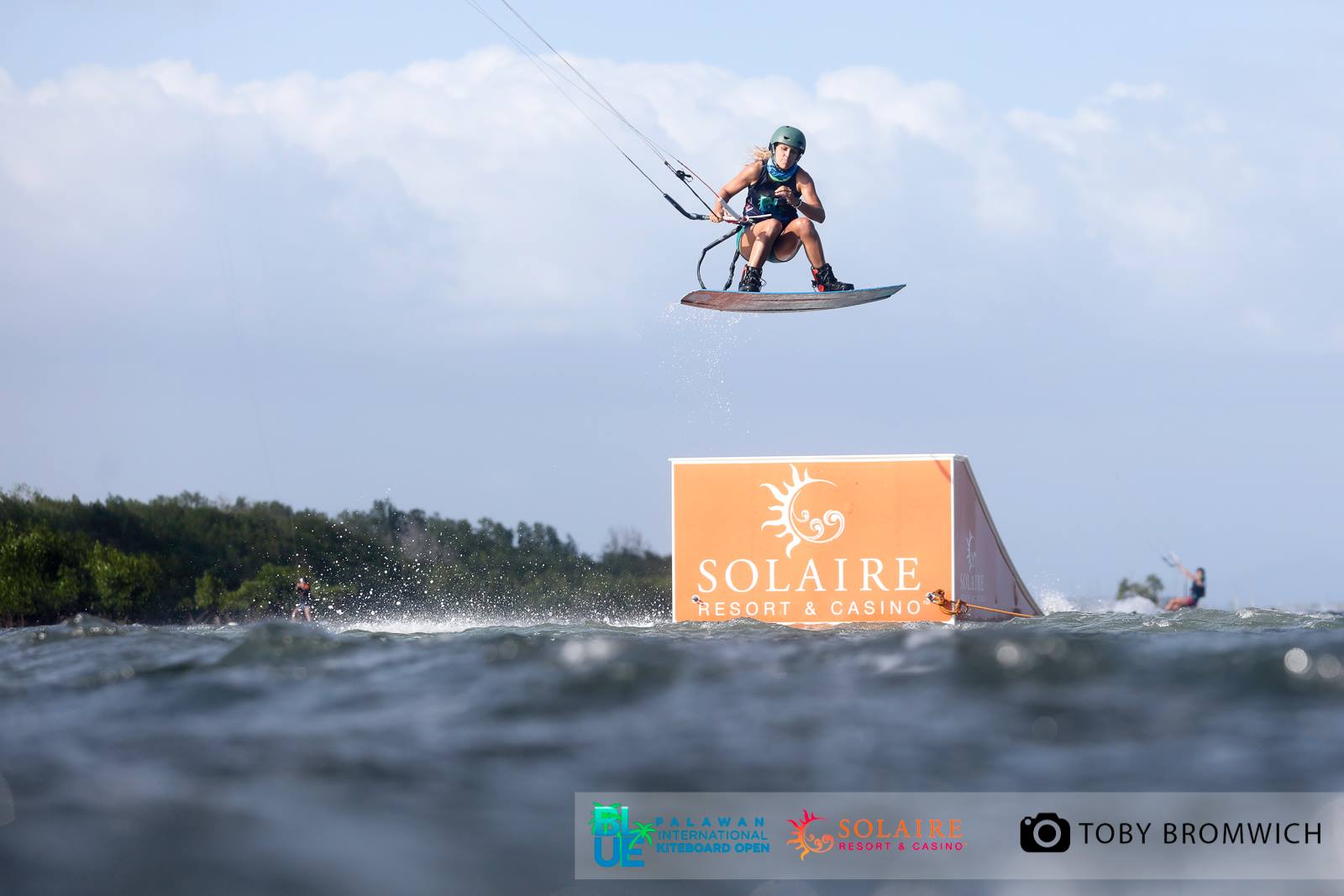 King and Queen of the Solaire Kicker Highlights Reel