We talk to Canadian Marie-Eve Mayrand who overcame a personal injury, 45- to 48- knot winds, and a collision to place third in the women’s snowboard category at the Red Bull Ragnarok 2017 world snow-kite race in Norway.

Canadian Marie-Eve Mayrand overcame a personal injury, 45- to 48- knot winds, and a collision caused unintentionally by a male competitor to place third in the women’s snowboard category at the Red Bull Ragnarok 2017 world snow-kite race in Norway.

Even though she had a heavy cold and was exhausted, she was happy to chat with us.

THIS IS YOUR SECOND TIME AT RAGNAROK...

Yes! And what a Ragnarok it has been – truly worthy of its Nordic meaning of “the battle of the gods”.
The organizers postponed the race once because of inclement weather. However conditions were still difficult and dangerous.

This year, the course was made more challenging by exposed rocks on mountain tops, and very wet snow that soaked us to the skin. Kites and bars were ripped, boards and skis were broken on rocks.

HOW DID YOU PREPARE FOR THE EVENT?

I faced several challenges leading into the race this year. The beginning of the winter in Calgary did not bring much snow or long periods of freezing weather — requisites for the intense Ragnarok conditions.

Looking for more suitable training conditions, I headed to Montana, where I got injured in a scary accident in mid-February. This put me out of training for several weeks.

I am so grateful for the support I received from my husband Charles, my family and my friends, for keeping my spirits up as I recovered.

I would be remiss if I did not recognize Rocky Mountain Snowkite who helped me train in Canada, Roxy, LifeSport YYC, Muller Windsport, and Sundog Eyewear; Jonas and Marco who trained with me the whole week in Norway; and the Haugastøl’s family who kept me well-fed before and after the race.

YOU WERE THE ONLY CANADIAN TO WIN IN 2017

I was the only Canadian to make the podium, but my fellow Canadian Peter Martel, who won gold in 2016 and bronze in 2015, was one of only eight kiters who finished all five laps of the course. This is a major achievement even though he finished fourth in the men’s snowboard category where he faced stiff competition.

I came third compared to my gold last year. 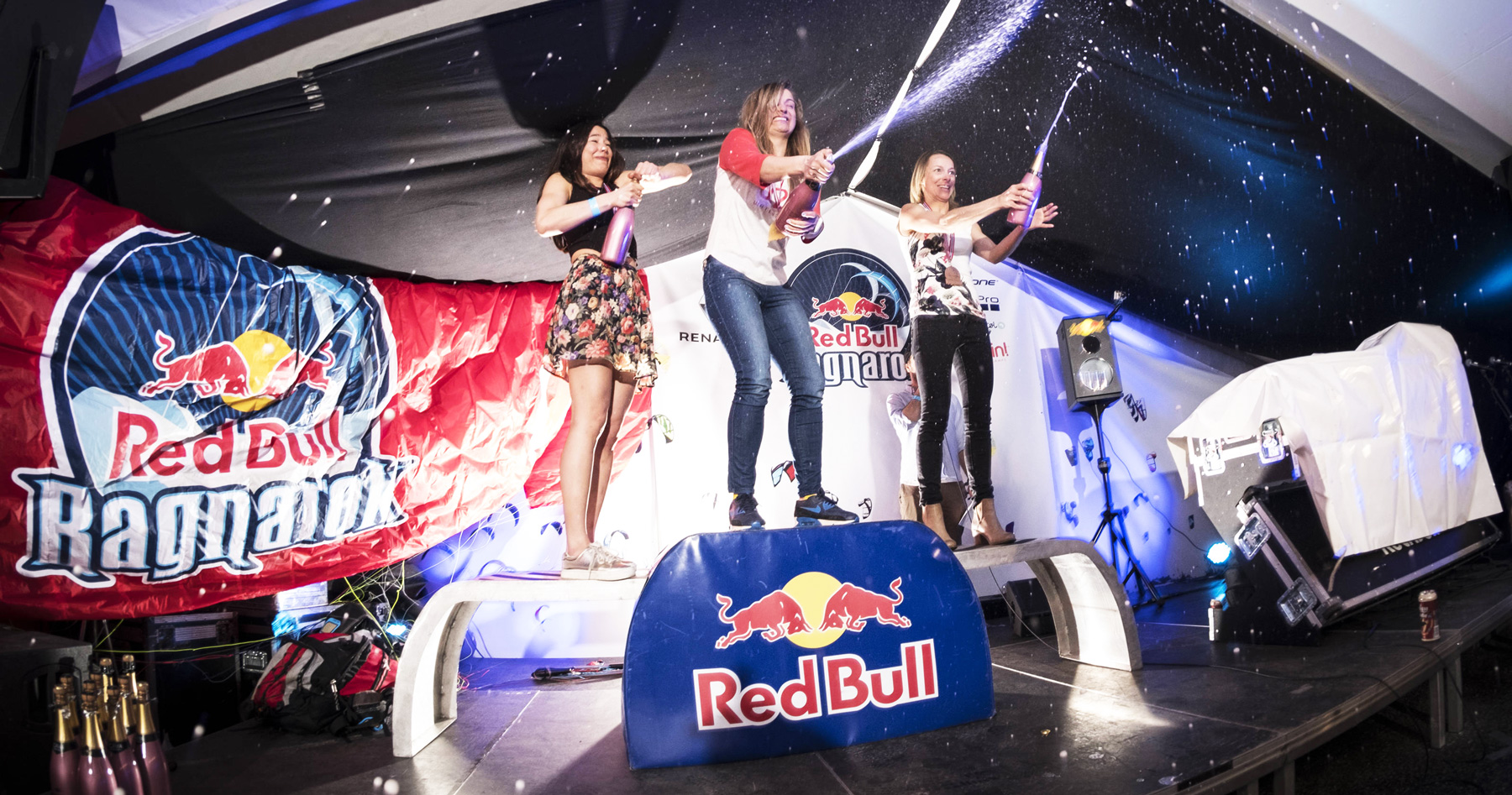 CAN YOU DESCRIBE THE RACE ITSELF?

The wind was very light in the rigging area, but the forecast was confusing.

I started off well, going through Gates 1 and 2 right behind Jonas and Peter, and I was first in the women’s snowboard category.

The trouble started at Gate 3. The 9M kite that I had taken was too big to go safely through Gate 3 where the wind cranked up to 45-48 knots.

I tried desperately to cross the gate which was only 3 to 4 meters away from me. After four attempts up and down the hill, I realized I could not reach the gate — I was either being lifted dangerously high or being dragged downwind close to rocks and other struggling kiters.

Grey clouds and hail added to the challenges. Kiters were out of control and kites were ripped on rocks after their riders ejected. It was a scary scene!

I’m glad I was strong enough to hold tight without getting injured. I also tried — as much as I could — to make sure other kiters around me were all right.

After struggling for significant time, I finally decided to go back to the starting line/rigging area to switch to my 7M kite. This allowed me to cross Gate 3 with little trouble. But then, I got confused about the location of Gate 4, which was not in an obvious spot.

At Gate 5, the wind was surprisingly completely dead. Many kites were down on the ground. I decided to switch back to my 9M kite. By now, the snow had me soaking wet.

After crossing Gate 2 I was powering down a very steep hill, when a well-known and experienced kiter behind me lost control and crashed his foil kite into mine, ending my hope of completing another lap.

To be safe in the 30-knot wind, I had to walk down the valley in knee-deep snow to untangle everything and launch again safely, wasting 30-40 minutes.

By the time I made it to Gate 3, I learned that the race had ended and that the five hours were up.

I had only made one full lap and cleared 3 gates on my second lap.

I was disappointed but surprised that in spite of all the difficulties I secured third place.

Congratulations to Aija Ambrasa and Iris Straume who won gold and silver in my category.

I wish a speedy recovery to my fellow competitors who were injured and the camera man who risked his life at Gate 3.

I will definitely be back – hopefully stronger and more experienced. Regardless of whether I win or lose, I would like to clock a performance I am proud of. After all, the true competition is with ourselves. 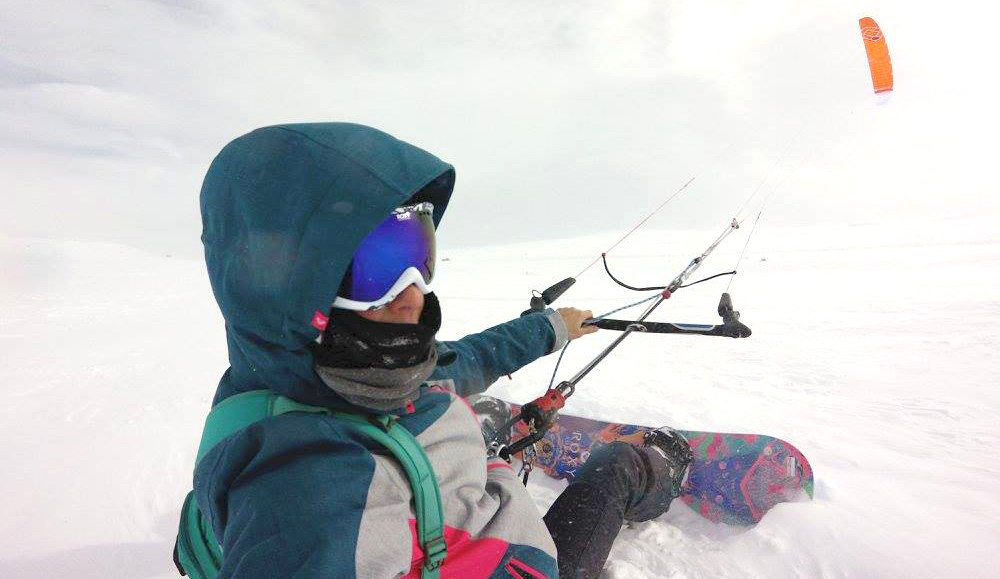