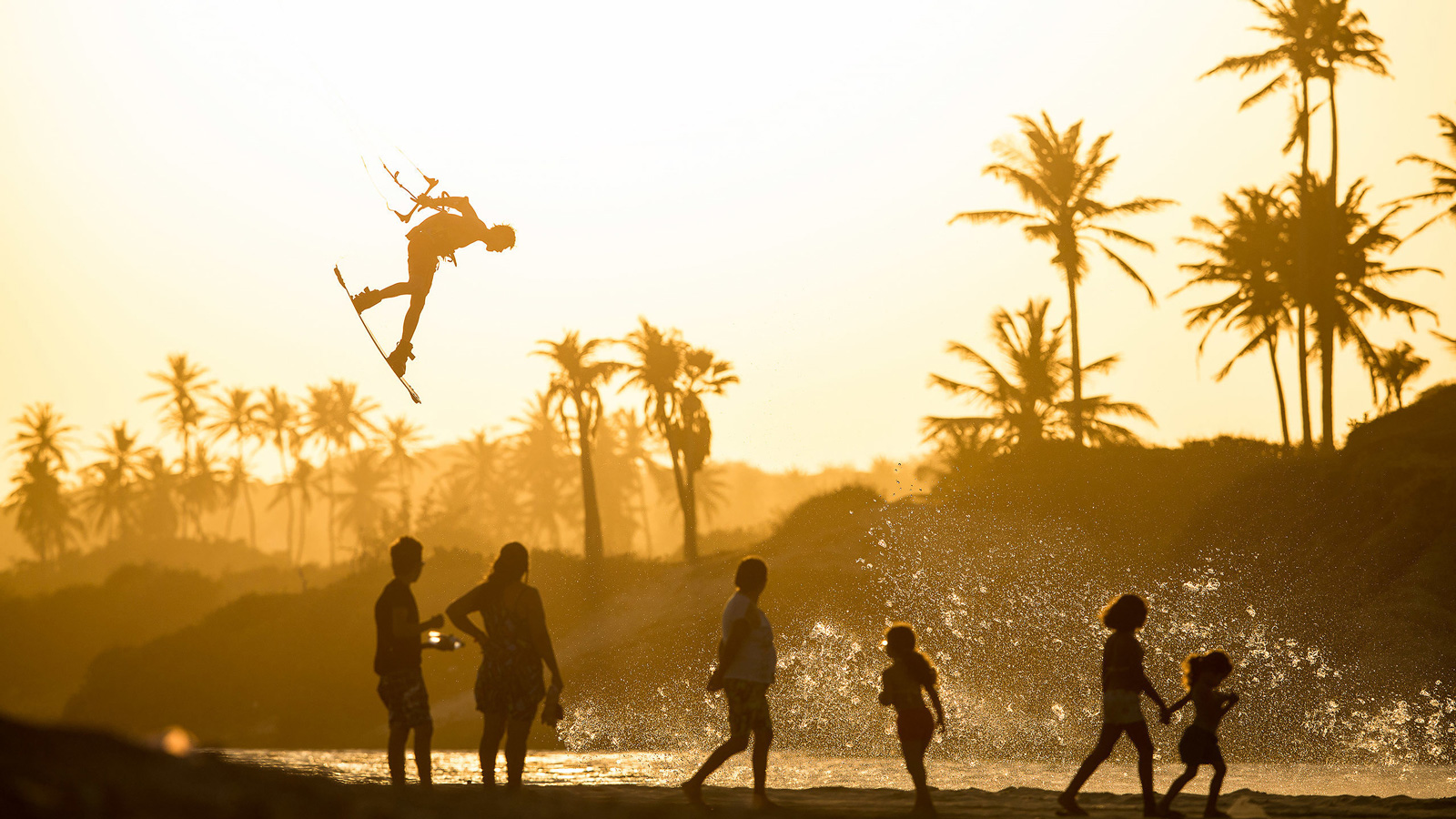 We have a pair of tickets to give away to the world premiere of Chapter One, plus we talk to Bruna Kajiya and Jalou Langeree about their involvement in this epic kiteboarding film.

Chapter One is set to be a kiteboarding film like no other. A few years in the making, it unites the legends, current champions and future talents of the sport and is shot in breathtaking locations around the globe using state-of-the-art camera techniques. 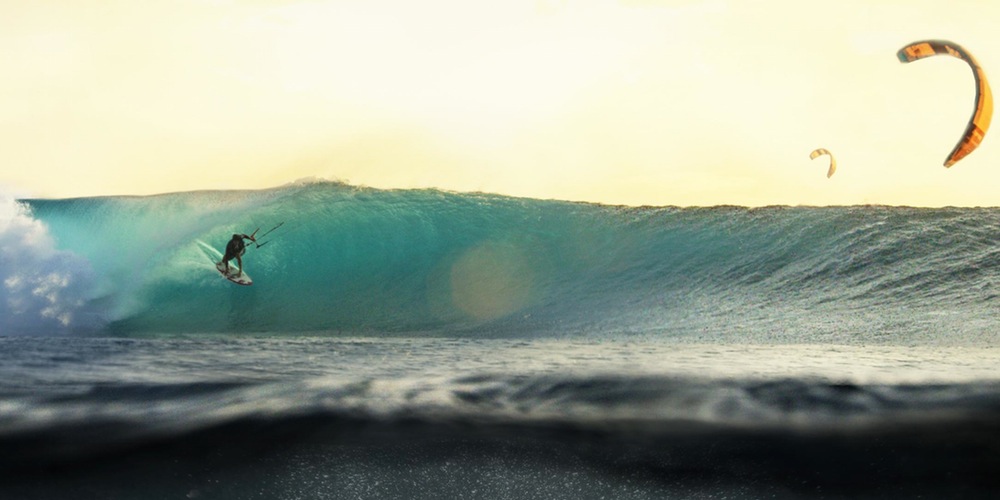 On Thursday September 15th at 7:00 PM WeTransfer and Eyeforce are proud to present the world premiere of Chapter One, the first ever feature-length kiteboarding film and we have a pair tickets to give away for this exclusive event.

Taking place in the stunning surroundings of the Palace of Fine Arts Theatre in San Francisco, this will be the first public screening of the documentary which features 21 of the world’s best riders taking on the wind and the waves in 8 beautiful locations.

With a red carpet welcome, a drinks reception, live interviews with the filmmakers and an after-party, the event will celebrate Chapter One and the sport of kiteboarding in real style and YOU CAN BE THERE.

Just scroll down to the bottom of this article for your chance to win. Of course only enter if you are going to be in San Francisco and can make it to the event.

Have you seen the trailer yet?

The list of riders in this movie is just epic …

How did you first become involved in the Chapter One project?

Jalou: I’ve been shooting before with the guys of Eye Force and they where thinking of including girls in the project. I was very keen on this idea and super stoked to be part of such an big kitesurfing movie. That’s how I got on the team.

Bruna: Arthur and Bram approached me in Cape Town to chat about the project, I already knew about the movie and loved the idea. They wanted to involve girls on the project and I it was an honor to accept and be part of Chapter One. 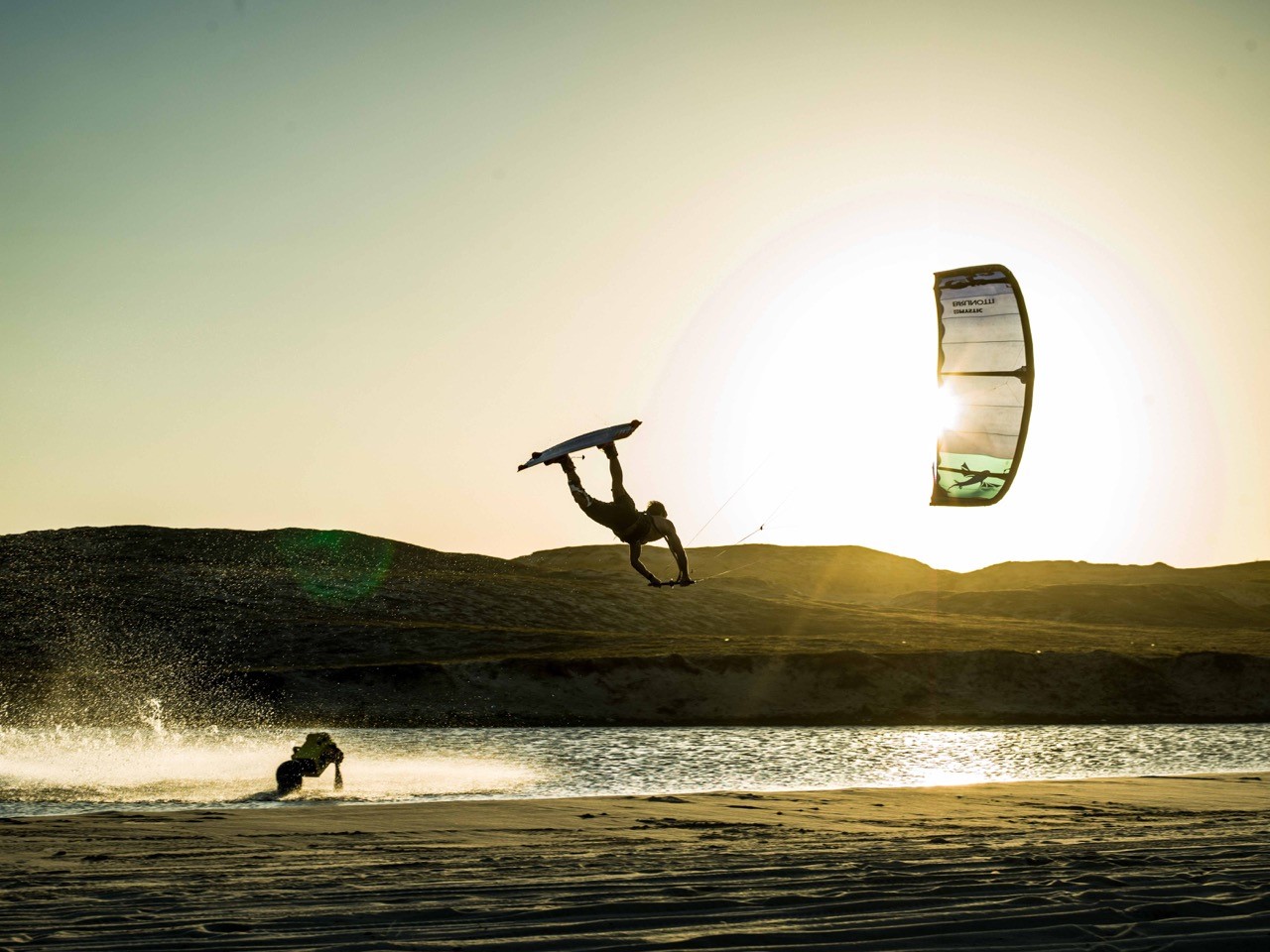 You have of course all worked on your own films in the past, but did you feel a real difference during the production of this film?

Bruna: This film was one of a kind, there are so many aspects of it that made it stand out from the other ones I’ve shot. Their commitment to the project, passion and vision is inspiring and it helped create a positive attitude in everyone involved. 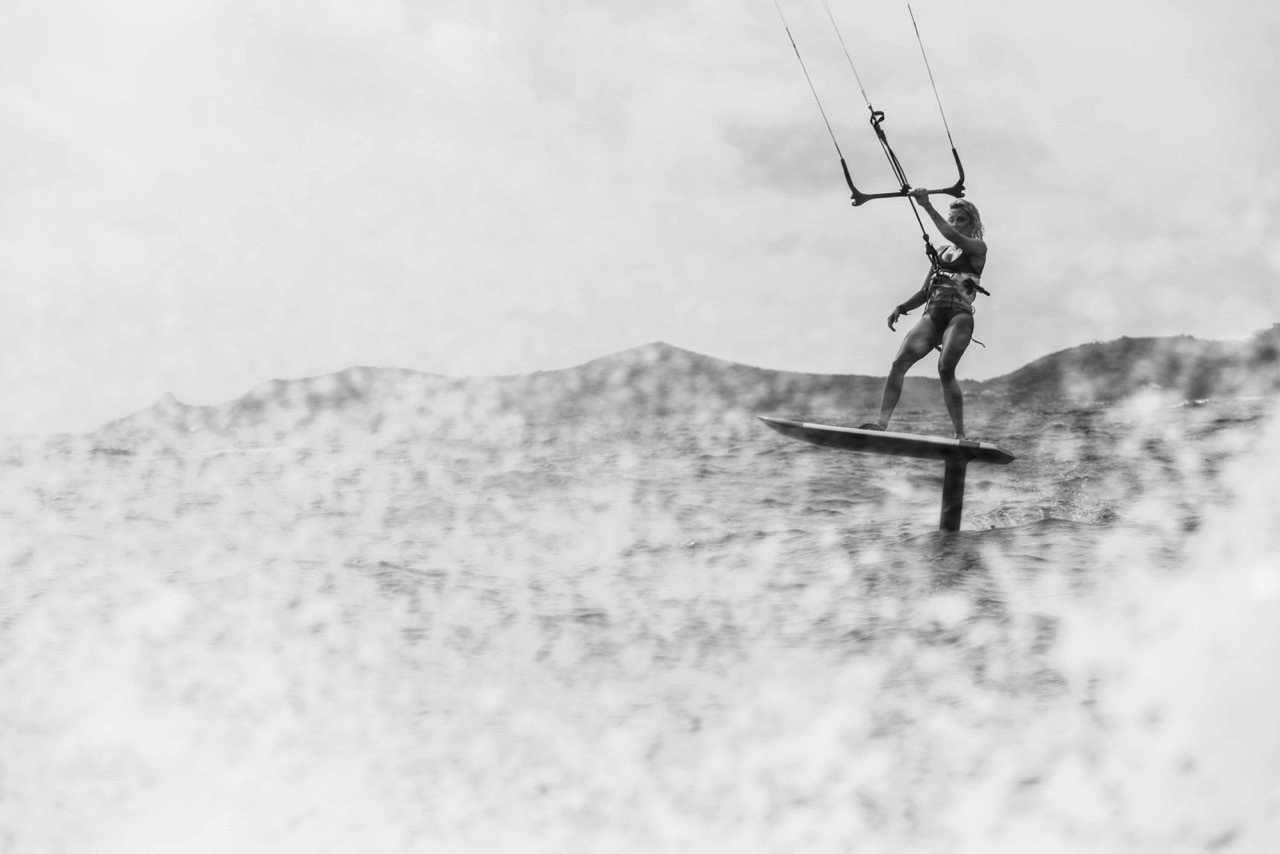 What was the toughest moment you experienced when filming for Chapter One?

Jalou: When standing on Schiphol airport in Holland before take of to Indo. The filmer found out his passport was expired. So we took off without him. Luckily two days later he arrived and so did the swell. 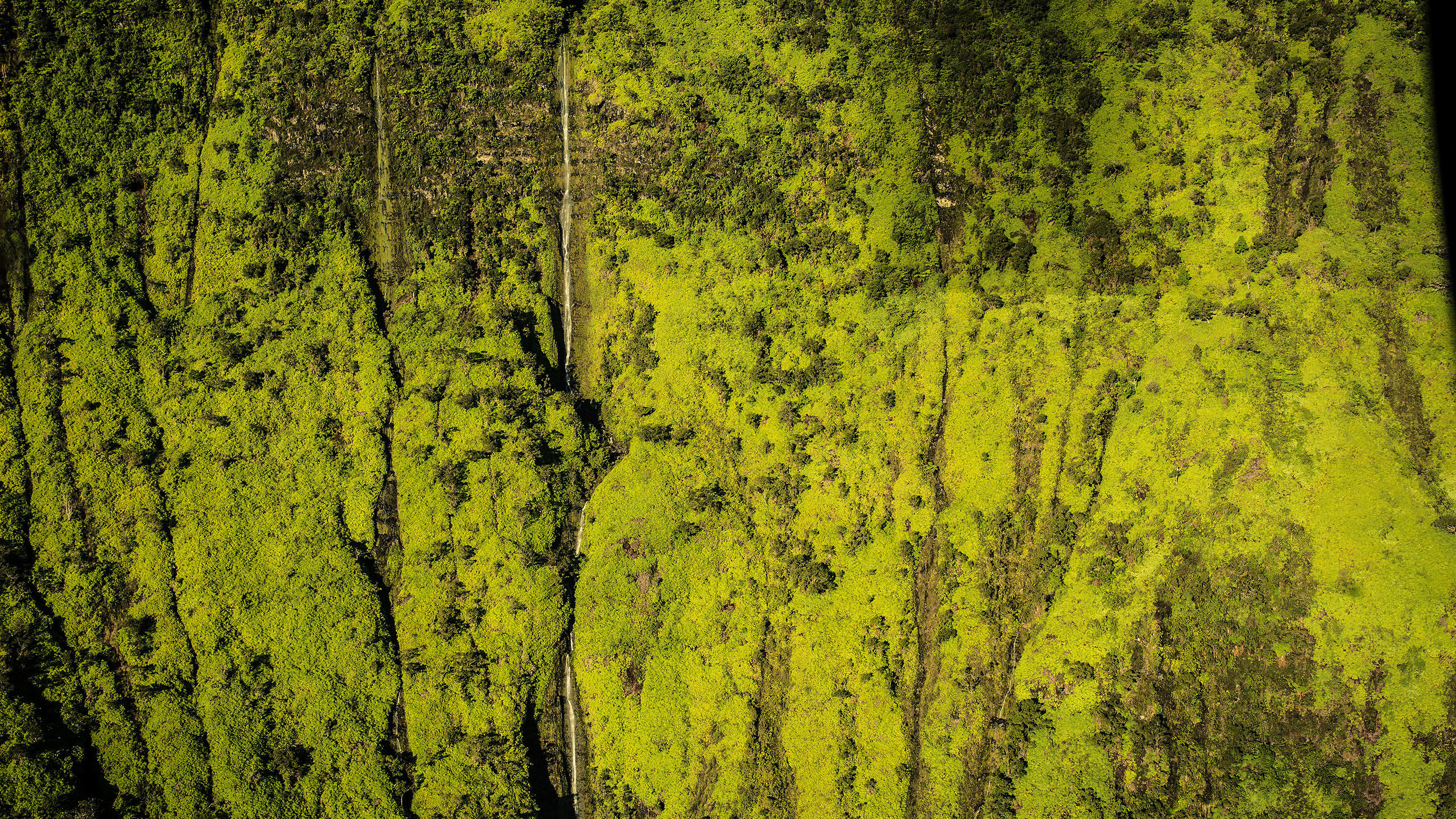 What was your best moment when filming for Chapter One?

Bruna: It was when I found myself in the middle of Lençois Maranhenses, a natural park in a remote area of Brazil, with only dunes and fresh water lagoons. It was sunset and it happened to be the blue moon, as the sun was going down the moon was rising, I didn’t know where to look, everywhere was so beautiful. No one around but us, it was a priceless moment.

Jalou: The best moment for me was in Cape Town. When most of the Chapter one riders where together and we went out at big bay for a fun session. We took two kites, a massive inflatable sup and 8 people in some pretty big waves. You will see the result in the movie. Pure joy!

Have you been allowed to see the final cut yet and how excited are you for the public release?

Jalou: Yes I got an early preview of what they have captured over the last two years. I can tell you it’s pretty insane, beautiful footage, lots of different styles, people and locations. Some of the drone shots are breathtaking.

Bruna: I haven’t watched the movie yet, I was allowed but the guys from Eyeforce advised me to watch it on the movies, that it would be very special and much more exiting. So I took their advice and now can’t wait to get to San Francisco for the premier! 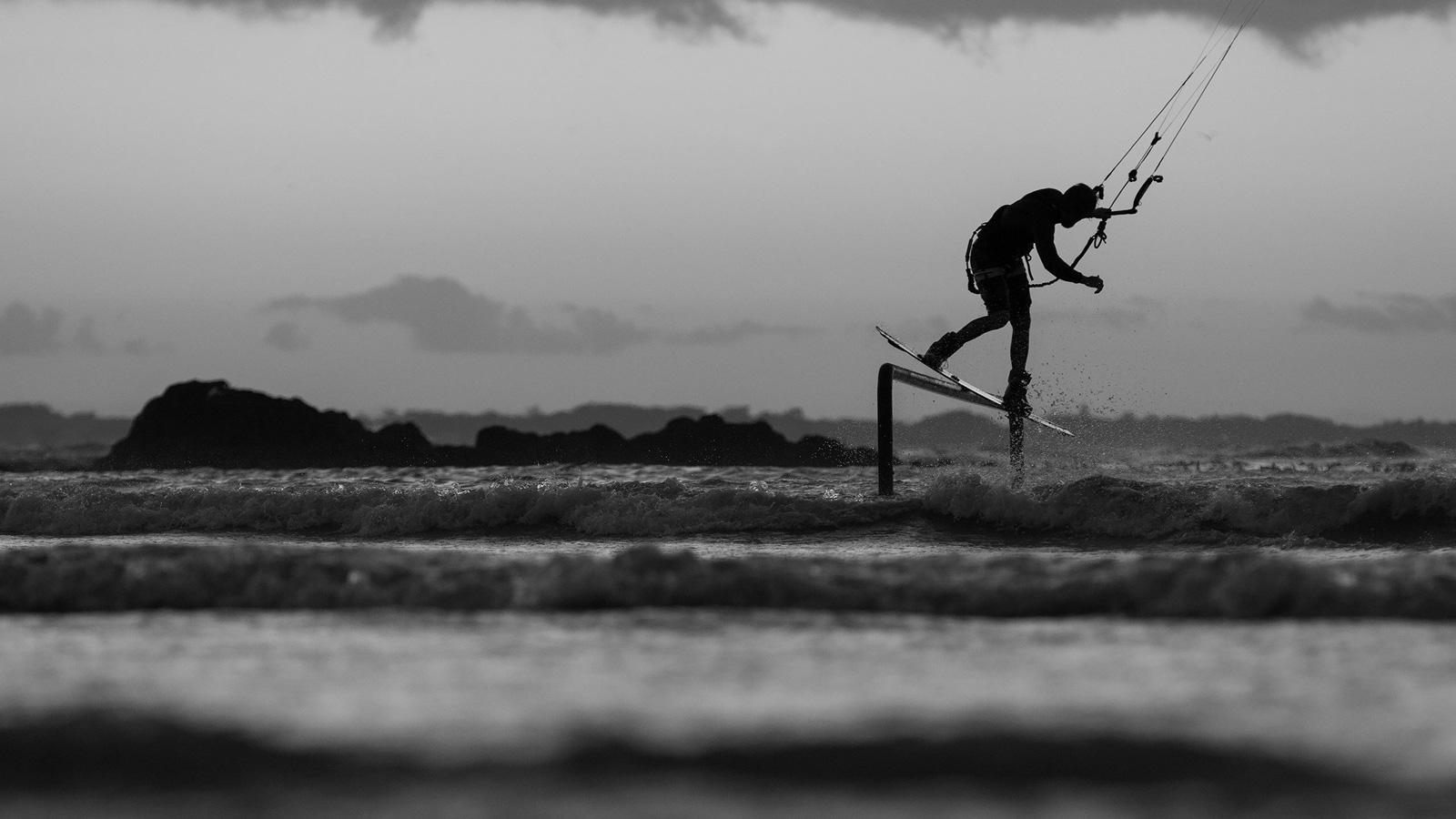 Bruna: I would love to make another movie with them. Kiteboarding has so much to be explored, so I’m all in for it! Just maybe not this title, I feel Chapter One stands alone.

Jalou: It have cost the crew a few years of their lives to make this movie. Considering time, effort and money. I think there should always be a second chapter!

Now your chance to be there...

Simply enter using the box below and the winner will be selected at random at midnight on the 14th and informed immediately by email.

Tickets will be available to pickup from the event.

If you can’t wait and don’t want to take the chance, limited tickets are available for purchase here.